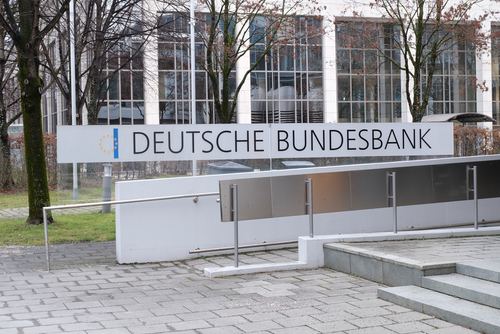 Joachim Nagel, president of Germany’s central bank, called on the European Central Bank to raise its key interest rate when the governing council meets on 21 July.

There is “disturbing evidence that the increase in inflation is gaining momentum,” he said in a 10 May speech, warning that “the risk of acting too late is increasing notably.”

Inflation across the Eurozone ran at 7.5 percent last month, the fastest pace since the zone was created in 1999. The rate in Germany was even higher, at 7.8 percent, the worst since 1981.

A recent Bundesbank survey found that German consumers expect inflation to be running at 4.5 percent a year from now; the same survey in 2021 pegged the expectation at 3.5 percent.

The question asked of businesses yielded the same result.

Together, the surveys “suggest that higher inflation rates will prevail in the near future and that inflation expectations could become less anchored,” meaning that people could come to assume that inflation will run hot indefinitely.

The Ukraine war and resulting sanctions have sharpened those expectations, the Financial Times noted.

That “could exert a degree of disinflationary pressure,” Nagel acknowledged, but “on balance, the inflationary factors of sanctions such as an energy embargo would clearly prevail, at least in the short term.”

He warned that, without swift action, the ECB could face a Paul Volcker-style “swift and abrupt” hike in interest rates.

Paul Volcker, head of the U.S. Federal Reserve in the late 1970s and early 1980s, sent interest rates almost to 20 percent in 1981 to cripple runaway inflation, which drove the jobless rate to 11 percent and sent the economy into recession.

“There is one lesson I would draw from this,” Nagel said. “Delaying a monetary policy turnaround is a risky strategy. The more inflationary pressures spread, the greater the need for a very strong and abrupt interest rate hike” that would “place excessive strain on firms and households.”

It is too late for the ECB’s rate hikes alone to rein back inflation; the central bank has already waited too long to act.

Rate hikes large enough to halt inflation will crash the economy; smaller boosts will have no dramatic effect on inflation.

The Eurozone’s economy is drifting toward recession and Dragflation, our Top 2022 Trend of rising prices combined with reduced economic activity.