BRITISH POUND SINKS TO 37-YEAR LOW AGAINST THE DOLLAR 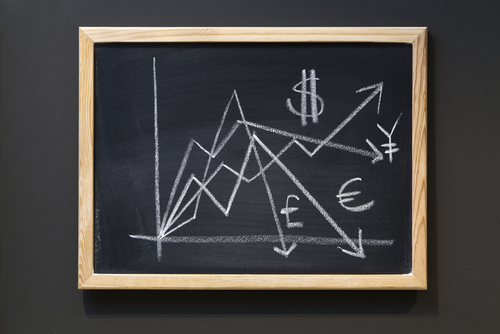 The pound sterling fell more than 1 percent against the dollar late last week to $1.1351, the lowest since 1987, after the U.K. government said retail sales fell 1.6 percent in August compared to July.

The pound also slid to its smallest worth against the euro in 18 months.

Last week’s decline in sales was the biggest one-month drop since December.

However, alcohol and tobacco sales bumped up 6.3 percent.

The new sales figure shows the U.K. has technically entered a recession, Olivia Cross, an assistant economist at Capital Economics, said in comments quoted by Yahoo!

A recession is technically defined as two quarters of economic shrinkage.

“Retail sales probably will continue to struggle as the cost-of-living crisis hits harder in coming months,” she said, “but, nonetheless, the Bank of England will still have to raise interest rates aggressively.”

Inflation had been expected to worsen next month, when the government raises its limit on the amount utility companies are allowed to charge households for electricity and natural gas.

Energy bills were set to rise by 80 percent, shooting household energy bills up to more than £3,500 a year.

Liz Truss, the U.K.’s new prime minister, has announced a plan to cap the annual cost at just £2,500, making any recession “smaller and shorter,” Cross said.

The pound has been losing value to the dollar for most of this year. On 19 September, it had recovered to $1.1494.

The weaker pound means that imports to Britain cost more at a time when inflation is racing at close to double digits, having eased its annual pace to 9.9 percent in August after reaching 10.1 percent in July.

TRENDPOST: Adding idiocy to moronics, despite the dire economic conditions plaguing the U.K. and the toll it is taking on the public, today Prime Minister Truss pledged that next year she will match or exceed the £2.3bn in military aid the U.K. gave to Ukraine so far this year.