BRAZILIANS SPENDING HALF THEIR INCOMES ON DEBT PAYMENTS 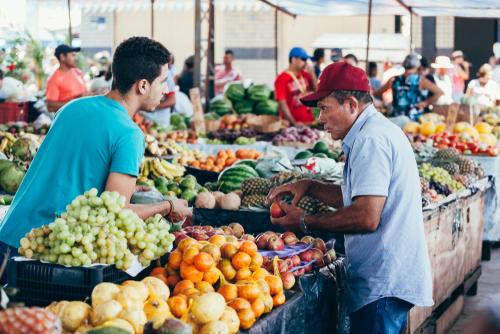 Citizens of Brazil are paying 52 percent of their incomes to make payments on mortgages, auto loans, credit card balances, and similar debts, according to Bloomberg.

The figure is nine percentage points higher than in 2020 and the highest since the country’s central bank began monitoring consumer debt in 2005.

During the COVID War, Brazilians lost their jobs en masse.

The central bank then cut its key interest rate to 2 percent and many jobless Brazilians leaped at the chance to take out cheap loans and get new credit cards.

Lacking cash, many began using their credit cards to pay for gas, groceries, and other necessities, running up ever-growing balances and often using one card to make a payment on another, some Brazilians told Bloomberg.

By 2021, Brazilians held 134 million active credit cards, one for every two people in the country and 35 percent more than in 2018.

Also, with interest rates so low, many Brazilians bought homes.

However, almost all mortgages in the country carry variable interest rates.

As a result, Brazilians are stuck with huge personal debts while their economy still struggles to recover from the COVID War.

“I’m making a huge effort to not lose control over my finances,” one said, “but I can’t seem to stop using my credit cards.”

A law that would cap interest rates has stalled in Brazil’s legislature.

Uncontrolled interest rates on debt was a factor causing Brazil’s recession last year, Bloomberg said, and economists are forecasting that the central bank will boost interest rates at least twice more this year to at least 12.25 percent.

“It’s part of a negative scenario of higher interest rates which dampen consumption, high inflation that erodes purchasing power, and a lack of real wage increases, which also holds back consumption,” he added.