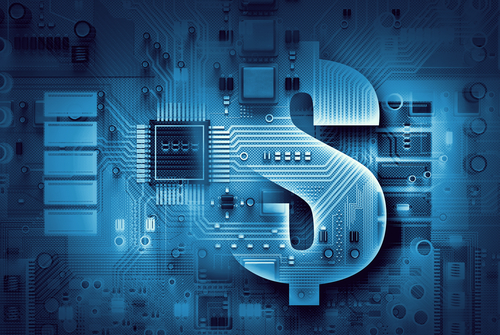 WILL U.S. WIN THE FUTURE OF MONEY?

The title of the white paper says it all: “"Winning the Future of Money: A Proposal for a US Central Bank Digital Currency."

Representative Jim Himes (D-CT) released the policy paper on 22 June, in an effort to spur the federal government’s consideration of a digital dollar.

The title begs a question, though: who wins?

The U.S.?  Who’s that? The American people? Or just its government? And what about the rest of the world? Do they lose?

At this point, a growing list of countries seem pretty tired with one country being able to wield currency dominance as a weapon.

The white paper issued by Himes, who currently sits on the House Financial Services Committee, makes clear that his version of a CBDC would leave plenty of power with the U.S. government and banks, not citizens.

The legacy financial system is mediated by banks and a system where users have “accounts” which are ultimately beyond their control.

Cryptos, with tokens and non-custodial wallets (ie., private keys that only a user themselves can preserve, giving complete control over token assets), fundamentally changed that paradigm.

Cryptos also created “trustless” transactions, where users don’t have to know or trust each other to transact.

That anonymity is a huge worry for the government, which has a fiscal interest in keeping track of every penny citizens have and spend.

Of course, physical dollars enable citizens to retain at least some measure of privacy in transactions.

Republicans in Congress are increasingly waking up to dangers of a CBDC to morph into a “surveillance and control” coin. Some voiced those concerns at a June hearing, according to theblockcrypto.com.

An article by the outlet noted:

“Republicans don’t believe the Fed can handle the demands of retail banking and are suspicious of its interest in surveilling or blocking transactions based on changes in the political winds.”

The Committee’s leading GOP member, Patrick McHenry (R-NC) emphasized at the recent hearing that “No one has made a compelling case on why we should expand the Fed’s mandate into retail banking or how a Fed-issued CBDC won’t politicize the Fed.”

The proposal by Himes rejects crypto innovations, and is very concerned with knowing and tracking user identities. The CBDC proposal would turn all money into a digital credit system, run by government and banks:

“A CBDC wallet and custody regulatory structure should include strong user identification processes that require intermediaries to certify the identity of wallet holders. This structure is also known as an “account‐based” structure and differs from a “token‐based” structure, which involves verifying the authenticity of the digital asset rather than the wallet holder.

“An account‐based structure mirrors existing digital banking structures in the U.S., such as Fedwire and commercial payment systems. Both require participating intermediaries, like financial institutions and third‐party payment service providers, to implement strong user identity procedures and to validate participants before finalizing transactions.”

None of the relative privacy that physical dollars provide citizens, would be retained in the CBDC proposed by Hines. And efficiencies created by cryptocurrencies aren’t a part of the equation, because those innovations vest power with individuals, not central authorities.

The short story is that “Winning the Future of Money” isn’t about winning much of anything for citizens of the U.S., or the world. It might be about trying to win vs. the Chinese digital yuan, or scoring a win for the U.S. government and the legacy banking system.

But as the U.S. and world economy continue to spiral on the chaos created by bankster financial elites and their profiteering government cronies, a lot of people have had quite enough of that kind of “winning.”

The full white paper can be read here.

The Trends Journal has covered the implications of CBDCs in numerous articles, including: