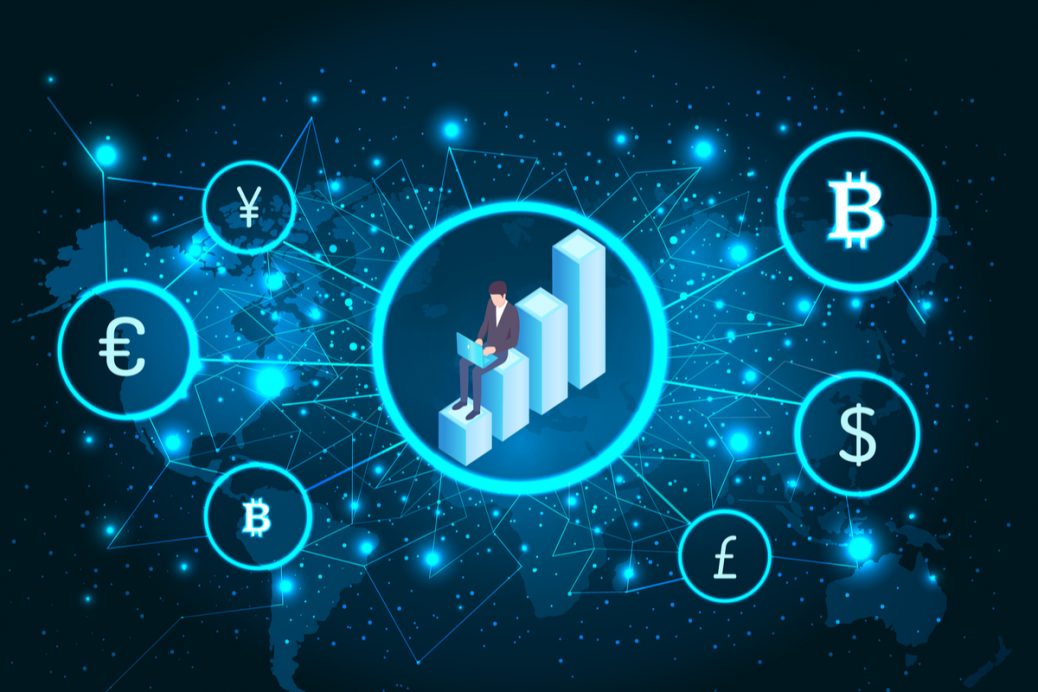 Ukraine will join Norway and Liechtenstein as non-EU members of the European Blockchain Partnership (EBP).

The EBP, which currently boasts 27 member nations, has a mission of developing cross-border public services.

Ukraine's Ministry of Digital Transformation announced the country's decision to join the EBP this past week as an observer. Ukraine intends to develop its interstate blockchain network relationship with other nations with the eventual objective of merging its digital economic space with the EU.

Ukraine had initiated interest in joining the partnership in July 2021, before war broke out with Russia.

“[The] next step is full blockchain integration of Ukraine and EU based on EBP/EBSI initiatives,” said Konstantin Yarmolenko in an interview with crypto news outlet Cointelegraph.

Yarmolenko, founder and CEO of Virtual Assets of Ukraine, works with the Parliamentary group Blockchain4Ukraine on crypto matters.

He told Cointelegraph that Ukraine wants to run a test-node of the project’s blockchain network, in order to pilot cross-border public service use cases.

Yaremolenko did mention the Russia-Ukraine war as a factor, saying that crypto technology had “proved as important support,” for his country during the conflict.

POWELL SIGNALS CHANGE IN DOLLAR DURING TALK ON US CBDC

The U.S. is now openly admitting its weaponization of the international financial system, via the dollar and Swift settlements system, is backfiring big-time.

In a talk on a possible US CBDC (Central Bank Digital Currency) on 18 June, Federal Reserve Chairman Jerome Powell said that the role of the dollar is likely to be changing, and not for the better: "Rapid changes are taking place in the global monetary system that may affect the international role of the dollar."

Powell mentioned the innovations of cryptos as a motivating technological phenomenon spurring the consideration of the creation of a U.S. digital currency.

So much for contentions that Bitcoin and cryptos didn’t really introduce any new technology, as some traditional tech tied gurus have tried to argue (see “CRYPTOS CAUGHT ON WITH CONSUMERS, SO BIG TECH AND BIG FINANCE TURN TO CONGRESS,” 14 Jun 2022).

It’s not physical versus digital, however that is the heart of the matter for the dollar.  It’s the willingness of the U.S. to abuse and profit off the reserve status of the dollar, and to deploy the dollar and the SWIFT settlement system built around it, to punish “outlier” nations, that has been the dealbreaker.

And a US CBDC, at least as designed by a surveillance and war obsessed U.S. government, is likely to fail in regaining the magic, because it will be designed as a weapon, even more than as a state-of-the-art digital medium of exchange.  (See “A PERVERSION OF CRYPTOCURRENCY” 12 Oct 2021).

At this point, the Fed, and central banks around the world, are addicted to creating money. They have been for more than a generation (see 1971, 1935 and 1913 for signposts in the sad modern story of money, touched on in “WHAT HAPPENS WHEN THEY OUTLAW BITCOIN?” 13 Jul 2021).

Any tie to value has become unmoored.  Any discipline in money supply left the harbor long ago. The U.S. pays its debts and funds its grandiose far-flung policies with a printing press.

Yes, the U.S. government has the power to raise taxes, and that, in theory, backs their dollar, along with demand of other nations, at least while the dollar retains status as the world’s reserve currency.

But you can’t just raise taxes without affecting a little thing called productivity.  And you can’t remain a reserve currency if you’ve abused it with wild “quantitative easing sprees”, and have weaponized it to boot.

Sanctions that have led Russia and China to undermine the international petrol-dollar, where payments between countries for oil were conducted with dollars, has only sped what has already been in the works due to more chronic, fundamental monetary abuses.

A US CBDC won’t address any of those problems. At least in any form that the Feds will create. And THAT is the crux of the matter.

Crypto technology cuts into what banks do, and the industry is worried.

That’s the import of what might seem to be a counter-intuitive move by banks urging the EU to reconsider a Central Bank Digital Currency.

According to a lobby organization representing some of the top financial services businesses, the European Union has to carefully evaluate the consequences of creating a digital euro.

The Institute of International Finance (IIF) argued in a European Commission consultation this past week that there shouldn’t be a presumption that a central bank digital currency (CBDC) is a good concept.

The statement was viewed exclusively and first reported by CoinDesk.

Who are among the lobby group 440-plus member financial institutions?  Some of the biggest in the world, including JPMorgan Chase and Goldman Sachs, as well as Visa, the IMF (International Monetary Fund) and Coinbase.

According to Coindesk, Jessica Renier, a managing director at the Institute of International Finance (IIF), advocated that the banking sector should continue to retain its current roles, though crypto technology dispenses with the need for some of those middle player functions.

DeFi and direct lending and borrowing is just one example of cryptos cutting into traditional financial institution functions. Cross border remittances, often from workers to relatives in their home countries, is another obvious example.

The lobby group is couching its cautions as an opportunity to use the challenges to traditional finance posed by Web3 tech as to overhaul the financial system.

It “would be extremely detrimental to financial stability and the economy,” Renier said, if a CBDC were to implement crypto comparable technologies that reduce powers of banks. “That is good for no one ... you can't exist without the banking system.”