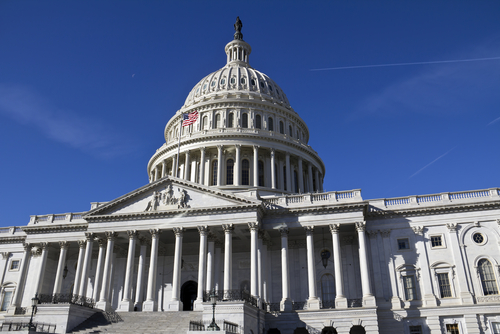 HUMAN RIGHTS GROUPS DEFEND CRYPTO TO CONGRESS. Finally, something both Russia and Ukraine agree on: Cryptocurrencies have been a godsend to tens of millions of people seeking freedom and democracy around the world.

That’s the message that human rights groups over 20 mostly third world countries had for Congress this past week, according to outlet Cointelegraph.com.

The group countered recent self-interested lobbying efforts by Big Tech companies and others seeking regulations that would suppress or even outlaw aspects of the crypto sector.

The group, which included a number of countries that are on the edges of the world stage as either pariahs or darlings, including Ukraine, Russia, Palestine, Iraq, Nigeria, Afghanistan, Venezuela, Cuba, and North Korea.

Their statement said in part:

“We write to urge an open-minded, empathetic approach toward monetary tools that are increasingly playing a role in the lives of people facing political repression and economic hardship.”

The represented groups stressed that they weren’t advocating some regulations to combat scams and other crypto related abuses.

But they emphasized Congress should undertake a forward-looking "responsible crypto policy," and the group praised Bitcoin and stablecoins as crucial instruments for disenfranchised people.

The Trends Journal has previously chronicled empowering aspects of cryptos for disenfranchised groups and dissidents in articles such as “HUMAN RIGHTS FOUNDATION HEAD SAYS “BITCOIN IS THE REVOLUTION” (29 Jun 2021) and “CRYPTO OPENING WEALTH TO YOUNGER GENERATION” (2 Nov 2021).

CRYPTOS CAUGHT ON WITH CONSUMERS, SO BIG TECH AND BIG FINANCE TURN TO CONGRESS. An open letter to Congress on the benefits of cryptocurrencies by human rights activists representing over 20 countries, came barely a week after a group riddled with Big Tech and Big Finance engaged in an anti-crypto lobbying blitz of Congress.

It also came on the heels of New York enacting a two-year moratorium on Bitcoin mining. (See “TECH EXPERTS LOBBY FOR CRYPTO CRACKDOWN,” 7 Jun 2022 and “MORATORIUM ON BITCOIN MINING IN NEW YORK.”)

The Big Tech allied group, composed of well-known crypto skeptics and others purporting to represent the “scientific community” sent a letter to Congress advocating what would amount to a snuffing out of the crypto industry as it currently exists.

Many of the signers of that letter couched as support of “responsible fintech policy” have vested interests in traditional financial institutions, tech companies and closely tied educational or governmental entities.

What is the crux of their animus toward crypto?

Obviously, big corps don’t own it, and governments are having trouble controlling it.

The letter itself pointed to two particular aspects of blockchain technology that were of concern:

“Blockchain technology cannot, and will not, have transaction reversal or data privacy mechanisms because they are antithetical to its base design.”

“Transaction reversal” is the kind of thing that allowed Canada to crush donations to the Truckers convoy protest in early 2022.

The fact that blockchain ledgers are publicly verifiable (and thus not subject to behind the scenes alteration and manipulation) was counted as another “negative” by the interests supporting the anti-crypto letter.

The letter frankly advocates for the U.S. government to intervene to effectively crush the sector, despite it being freely adopted throughout the world by participants over the past decade:

“We strongly disagree with the narrative—peddled by those with a financial stake in the crypto-asset industry—that these technologies represent a positive financial innovation and are in any way suited to solving the financial problems facing ordinary Americans.

Not all innovation is unqualifiedly good; not everything that we can build should be built. The history of technology is full of dead ends, false starts, and wrong turns. Append-only digital ledgers are not a new innovation. They have been known and used since 1980 for rather limited functions.”

The letter attempted to deny that blockchain technologies offered any real innovations supporters might be interested in having:

“Finally, blockchain technologies facilitate few, if any, real-economy uses. On the other hand, the underlying crypto-assets have been the vehicle for unsound and highly volatile speculative investment schemes that are being actively promoted to retail investors who may be unable to understand their nature and risk.”

DeFi was a special target of the letter.  One of the basic innovations of DeFi is that it has allowed lenders and borrowers to transact directly with each other, without any banking institution as a go-between.

But the letter tried to portray virtually hundreds of other blockchain use cases as illusory, despite their being chosen by consumers, in preference to offerings of traditional tech corporations, financial institutions and even government entities.

The signers of that anti-crypto letter read like a Who’s Who of entrenched tech, government and financial and business interests.  Google had more than 40 signers, and Microsoft and Amazon were both in double digits.  Apple, IBM, Block and Meta all had multiple signers.

Bruce Schneier, a renowned cryptography and security expert, and a former IBM employee (as late as 2019), was a featured signatory of the letter.

Schneier has said about blockchain technology:

TRENDPOST: In any relatively free market economy, uptake of innovation is a matter for transacting parties to decide, based on what they see as mutual benefit.

It isn’t supposed to be dictated by conflicted and manifestly self-interested groups lobbying politicians mobilized to crush innovation that threatens their industries and interests.

Use case examples are many. For more on that, see previous Trends Journal articles such as:

Bruce Schneirer admits himself that “What blockchain does is shift some of the trust in people and institutions to trust in technology. You need to trust the cryptography, the protocols, the software, the computers and the network. And you need to trust them absolutely, because they’re often single points of failure.”

Why would anyone want to rely on code instead of humans or traditional corporations or financial or even political institutions?

Because those entities have been shown time and again to be highly adept players and powers of a thoroughly rigged, corrupt system.

Many people who’ve seen the repeated large-scale abuses of the U.S. and global financial system, political processes, as well as the advantage taken by elites durings crises of war and “pandemics,” are quite willing to take their chances on transparent code which can be reviewed by communities.