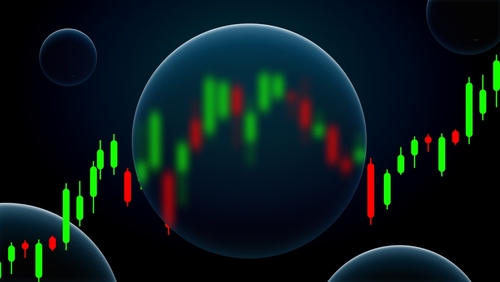 NEXT SHOES TO DROP?  Fresh off the LUNA / UST implosion, crypto analysts are speculating on where else the sector might take further hits.

Bitcoin has managed to hold an average line in the 30-thousand dollar range over the last week or so.  But it’s down 40 percent since April of 2021. Most alt-coins have fared worse.

Some are speculating that collectible and art focused NFTs have been pumped beyond their true value, and could see sell offs.

According to a new Morgan Stanley research report, non-fungible tokens (NFTs) and digital land are particularly vulnerable in the current climate.

The report notes that there has been a lot of previous speculation based inflows, with many people buying assets under the assumption that other buyers would be interested, and “asset flipping” would be a thing.

DeFi, meanwhile, has been directly negatively impacted by the death spiral of the UST stablecoin. The Morgan Stanley report noted that crypto-backed stablecoins represent a key element of the DeFi ecosystem, and recent events are leading to a reevaluation of where various crypto currencies should be trading at.

A retail digital Euro means one to be used by consumers, with all the likely controls and tracking mechanisms that government will surely build into such a digital currency.

Panetta said in remarks at the National College of Ireland that the ECB might begin developing and testing a digital euro in 2023, and that a testing period may take up to three years. According to cointelegraph.com, he at least tacitly acknowledged possible consumer arguments that allowing it to be used in peer-to-peer payments might help it gain traction.

“Recent developments in the market for crypto-assets illustrate that it is an illusion to believe that private instruments can act as money when they cannot be converted at par into public money at all times,” said Panetta. “Despite claims that cryptos are a trustworthy form of "currency free from public control, they are too risky to act as a reliable means of payment. They behave more like speculative assets and raise multiple public policy and financial stability concerns.”