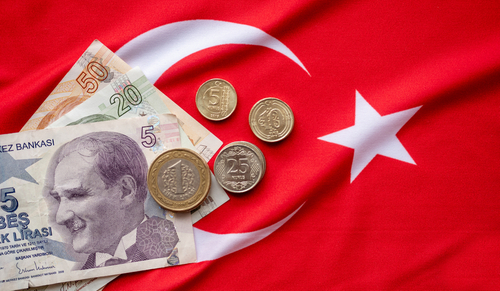 CAN CRYPTO TURN AROUND TURKEY’S CURRENCY IMPLOSION? Turkey's economy has been rocked by a currency crisis. After the central bank lowered borrowing charges for the third month in a row, the Turkish Lira reached a new low versus the US Dollar. The bank lowered a "key rate by one percentage point," according to The Wall Street Journal.

This sparked a flurry of price stability speculations. The Lira plunged as much as 6% to 11.3118 versus the dollar, the greatest drop in eight months.

Could Bitcoin alleviate some of Turkey’s woes? Some analysts think so, and point to El Salvador’s embrace of bitcoin as a stabilizing and positive development there.

Bitcoin is being considered by an increasing number of institutional and ordinary investors throughout the world as a hedge against rising costs. The same is true for nations in the midst of a monetary crisis. On 19 November, Michael Saylor, CEO of MicroStrategy's, tweeted a suggestion to Turkish authorities:

#Bitcoin is hope for #Turkey. The currency has lost a third of its value since March and declined for nine consecutive years. Conversion from TRY to USD will merely slow the collapse, while adoption of BTC will reverse the damage & revitalize the economy.

Saylor, a noted bitcoin investor and advocate, has previously advocated for the crypto's potential to help nations in the midst of a currency crisis, like Turkey. Obtaining BTC, he believes, would assist those "living in crisis regions" in bettering their conditions.

Many real estate firms in those regions accept payments for house purchases or rentals, according to Rodrigo Sánchez-Ros, president of La Haus, a prop-tech firm.

Turkey has not been as receptive to cryptocurrencies.

President Recep Tayyip Erdogan has tried to dictate measures to battle the precipitous devaluation of the Lira. He recently required banks to enact a 100 basis point reduction in policy rates, to 15 percent.

Turkey is currently experiencing a 20 percent annual inflation rate. Erdogan has promised to fight interest rates "to the end."

Hopefully, it won’t come to that.

EXCUSES FOR BIDENFLATION, AND EFFECTS ON CRYPTOS. As a politically correct Shakespeare might have penned, “Our faults lie not in our dear President and Congress, but in Our Selfish Consuming.”

In the wake of near double-digit inflation that shows no signs of letting up, plenty of academics have been quick to make excuses and blame the masses rather than pols for the problems.

Nevermind that many of those same politicians have advocated for strangling energy production, and enforcing interminable, economically disastrous COVID restrictions.

“Yes, it [inflation] is potentially a problem. [But] the fact that U.S. consumers are postponing buying big-ticket items due to inflation suggests that they believe inflation will come down. I am guardedly optimistic that this is temporary.”

According to Guillén, much of the threat of inflation is linked to consumer expectations for the future, not on horrendous government policies. His view is that if consumers feel that increasing costs would be an ongoing reality, they will buy products sooner rather than later, expecting greater prices.

And that’s what would fuel inflation. So breathe easy about Biden laying down a vaccination ultimatum that as many as one-third of Americans may quit their jobs over. That would have no appreciable economic impacts.

Others, of course, aren’t as glibly optimistic as Guillén.

“It is clear now that inflation is less transitory than was initially hoped,” Itay Goldstein told Cointelegraph.

Itay is a professor of finance at the Wharton School.

He acknowledged that the world is reeling from supply-demand imbalances that have very much to do with COVID related monetary and fiscal stimulus, and other policies.

“I would expect [crypto] adoption by both buyers and sellers to really explode. I don’t see this happening any time in the foreseeable future. My guess is that inflation will get under control fairly soon—next four years, perhaps—as pressure grows on policymakers to rein it in.”

Guillén also expressed confidence that officials who’ve been engaging in corrosive monetary policies for decades are bound to see the light:

“The price of Bitcoin is driven by demand. If people believe that it’s a good store of value, then they will purchase BTC—which seems to be the case now. But, I wonder what will happen when interest rates go up and people realize that a Treasury bill will pay a nice interest, and it is so safe.”