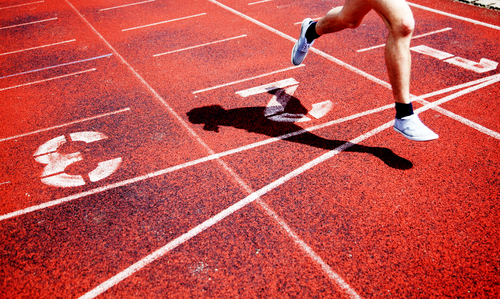 PROSHARES BITCOIN ETF REAPS BENEFIT FROM BEING FIRST. Perhaps some day we’ll hear news of how one Bitcoin Exchange Traded Fund (ETF) managed to capture the first slot against a handful of others, gaining a competitive advantage.

There’s no reason why the Securities and Exchange Commision (SEC) couldn’t have arranged for several ETF proposals to all receive the greenlight on the same day.

Proshares Bitcoin ETF, Valkyrie and VanEck, at the very least, could have been slated to launch on an equal timeline footing. The graphic below shows the inception dates, and likely dates for upcoming bitcoin ETFs:

Proshares succeeded in being first by virtue of its filing date, but also because of the SEC’s treatment of the whole issue.

Instead of issuing any declaration concerning the crypto ETFs, which it could have done, while setting launch dates to set a more level playing field, which was within its regulatory power, it simply decided to take no action.

So when the filing for the Proshares ETF had reached its required period, barring any objection or other consideration by the SEC, it was clear to launch.

And launch it did.

The fund reached a billion dollars in investment money in just two days.

In comparison, the second bitcoin ETF, from Valkyrie, which became available a few days after the Proshares offering, garnered 80 million on its first day.

The advantage that Proshares is likely to enjoy by being first was noted by analysts including Eric Balchunas of Bloomberg, who tweeted on 21 October:

“VanEck coming shortly after Valkyrie. It's poss we have 5 of these bad boys on the market in next 10-12 days. They will all have their work cut out for them in attempting to slow down [Proshares] $BITO, which with its early big boy volume is like a snowball rolling down hill.”

The Trends Journal has covered multiple financial scandals this year, involving insider trading and behind the scenes manipulations at the Federal Reserve, at Federal courthouses, and on Wall Street, with hedge fund interference in Gamestop and other “meme stock” trading.

So if something unflattering comes to light in the future regarding the SEC’s curious way of handling bitcoin ETFs, it’s unlikely that our readers would be surprised.

MASTERCARD: DON’T USE CRYPTO WITHOUT IT? Maybe we’re showing our age with that old commercial reference (“Mastercard, don’t leave home without it”).

But it looks like the credit card giant is making a big crypto move. It announced a partnership with Bakkt Holdings Inc. to facilitate cryptocurrency card payments.

The businesses announced their alliance on Monday, claiming that it would make it simpler for banks, financial technology companies, and merchants to provide and accept cryptocurrency payments.

Banks and other financial institutions that use Mastercard to issue cards will be able to create cryptocurrency debit or credit cards that allow customers to pay with bitcoin and receive incentives. Other cryptocurrencies may follow suit.

In February, Mastercard signaled that it was planning to embrace cryptocurrencies on its network. More users were utilizing cards to acquire crypto assets like bitcoin, and crypto cards to access and convert these assets into conventional currencies for spending, according to the network at the time.

Mastercard is one of the leading card networks in the United States, and it provides the infrastructure for debit and credit card payments. The corporation has been exploring methods to extend its fintech alliances and allow payments that aren't limited to debit and credit cards.

But Sen. Rand Paul expressed an idea that is not exactly uncontemplated by crypto proselytizers like Michael Saylor and Max Keiser.

Specifically, the Senator is wondering whether cryptocurrency could displace the dollar as the world’s reserve currency.

“I've started to question now whether or not cryptocurrency could actually become the reserve currency of the world, as more and more people lose confidence in government,” Paul said on “Axios on HBO” in a Sunday 24 October interview.

“I've been amazed at the growth of it, and I've always been ... more a person who believed that our currency should be backed by something of real value, like gold or silver or commodities.” But Paul added that he believes “government currencies are so unreliable, they're also fiat currencies, they're not backed by anything. The dollar has been more stable than most other countries, and so it is the reserve currency.”

The payoffs of corrupt banking institutions during the financial crisis of 2008, and the progressive monetary inflation over the whole of the modern era (or since 1972) helped usher cryptos into use.

DeFi, with its “no bank required” lending, borrowing and earning options have fueled an explosion of crypto use in 2021. But other crypto uses like NFT creative ownership and earning, have also taken decisive hold.

Asked about whether he was concerned about crypto use by criminals, and whether the crypto sector should face more regulation, Paul turned the question back on government abuses.

“I guess I'm more concerned with government snooping into our private bank accounts, whether it's cryptocurrency or your bank account.”

Back in 2016, Paul made news for being a very early adopter of bitcoin, accepting donations to his campaign.

The Trends Journal has previously reported on the transformative potential of cryptos is many articles, including: