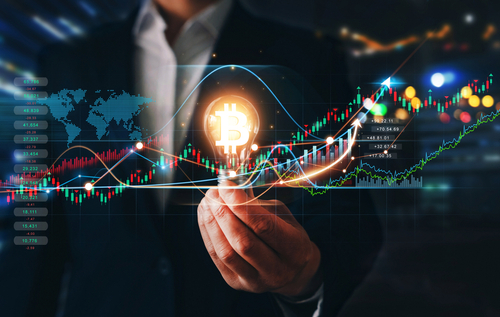 Yusko notably caught the wave of early internet technologies, and he embraced cryptos in 2017, after he realized their potential to propel a new era of the internet that will allow users to do things like exchanging value directly.

“We haven't even gotten to the parabolic growth part of Web 3, which is going to create untold wealth,” Yusko told Cointelegraph.  He added, “Financial services is far bigger than information and media and commerce.”

Yusko did caution that entrenched powers in the traditional finance, technology and other sectors won’t exactly be thrilled by the disruptive technology that the crypto techno revolution represents.

The Trends Journal has presented much information regarding the likelihood of a crypto techno revolution ushering in explosive growth and use cases over the next several years. Some touchstone articles this year include:

More of the Cointelegraph interview can be viewed here.

GAMING EMPIRES TO BATTLE UPSTART NFTs? Despite the fast growing NFT gaming ecosystem, conventional gaming behemoths have yet to incorporate blockchain technology or NFT integrations into their current titles. Indeed, a number of them have flatly denied the idea, according to a recent report by Cointelegraph.com.

Valve recently announced the banning of blockchain games from its Steam platform, as well as a request that users not post any material linked to cryptocurrencies or non-fungible tokens. Thousands of titles, including Counter-Strike, Battlefield, Halo, and Resident Evil, are available on the Steam store.

Epic Games' CEO, Tim Sweeney, said that his business is willing to host and promote games that utilize cryptocurrency and blockchain-based assets.

Epic Games, the company behind the massively popular Fortnite, has said that developers would not be allowed to take cryptocurrency via the platform payment service. They will have to develop their own payment methods instead. Without this infrastructure, this may constitute a barrier to game uptake and inclusiveness.

Valve's view applies to game industry authorities as well. The Gambling Commission of the United Kingdom launched an investigation into Sorare, one of the most popular NFT fantasy soccer games, in October. The gaming watchdog is determining whether the site requires a license and if its services are considered gambling.

Ethereum leads in NFT projects, but there are other networks in a growing gaming ecosystem, including Solana, Binance Smart Chain, Polygon, Hive, Harmony and Flow.

“Polygon is generally considered to be one of the leading blockchains for gaming due to its EVM-compatibility, high throughput and low gas fees. It’s also the leading sidechain of Ethereum, meaning that it’s connected to the main NFT ecosystem on layer one.”

THE PETRO CRYPTO? It’s hardly a secret that Russia and China are thrilled with the economic and political power the U.S. wields via the petro-dollar.

But for the first time, Russia’s Vladimir Putin has suggested that Russia might support an international effort to price energy commodities including oil in cryptocurrency.

Though Putin’s comments to CNBC during an annual Energy Week conference in Russia appeared measured to downright bland, his simple mention of cryptos in such a context hardly needed gas and a fuse to cause a stir.

In the interview, the Russian leader criticised the way the reserve currency status of the dollar has been used to give teeth to sanctions and pursue political objectives.

He said the U.S. was "making a big mistake by using the dollar in the capacity of a sanctions instrument," noting recent declines in the dollar as a percentage of global reserves.

As a leading energy producer, Russia has felt the sting of U.S. sanctions that have largely remained in place since its annexation of the Crimea, after a short military confrontation with Ukraine in 2014 during the Obama-Biden administration.

Putin’s crypto comments came in response to a question. While he didn’t endorse the idea as anything close to imminent, the fact that he didn’t discount the notion, was considered significant. He noted:

"Cryptocurrency, of course, can be a unit of account, but it's not stable. To transfer money from one place to another — even trade, moreover trade energy resources — in my opinion, it's still premature."

There appeared to be some sly gamesmanship in the timing of Putin’s message.

As he was speaking, the Biden administration was in the midst of an international virtual conference on the problem of ransomware and cybersecurity with 31 other countries.

Russia, considered a leading source of ransomware and other malicious cyber activity, was not invited to the conference.

HEX TRUST DIGITAL ASSET TOKENS WILL BE POWERED BY HEDERA. Hex Trust announced last week that it will utilize the Hedera Token Service for native token issuance, management, and transfer.

Hex Trust, based in Hong Kong, is currently among the leading digital asset custodians in the Asian region.

The partnership came down to the advanced features, including compliance, security, speed and cost of the Hedera network, according to Hex Trust Chairman and co-founder Alessio Quaglini:

“With this collaboration, Hex Trust facilitates the expansion of the enterprise-grade protocol by providing banks, financial institutions, and institutional investors a safe, secure, and compliant way to integrate HTS-based tokens into their digital assets operations. Working closely with TOKO (a wholly-owned subsidiary of DLA Piper) as a strategic custodian further demonstrates our commitment to implementing robust compliance standards and protecting investor interests.”

Hex Trust was formed in 2018 by veteran banking technologists and financial services experts to facilitate the transition of highly regulated financial institutions to digital assets.

The company boasts strategic partnerships with IBM, SIA, R3, and notes that its rigorous approach to compliance, has positioned the company as a leading platform for banks, financial institutions, and corporates in the growing digital assets and Defi ecosystem.