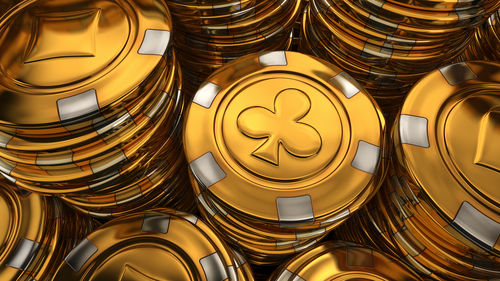 The firm announced on Friday that it has raised $19 million in financing to build its mainnet and hold a token sale for its Solana-based GARI token.

The token sale is set for Nov. 2, with the mainnet launch and application integration anticipated by the end of the month.

Venture funds and individual investors of the initiative include the Kraken crypto exchange, Republic Crypto and Galaxy Digital.

Chingari co-founder and CEO Sumit Ghosh likened the efforts to introduce token incentives into the sharing site, to the model used by Axie Infinity in its gaming metaverse.

The Trends Journal reported on Axie Infinity, and how it is already impacting the traditional gaming sector, in “METAVERSE GAMING HITS BILLION DOLLAR PAYDIRT WITH AXIE INFINITY” (5 Oct 2020).

“What Axie Infinity did for gaming, we want to do for social media,” Ghosh said, explaining that the Chingari blockchain platform will allow users to obtain tokens for creating or watching content.

“The idea that a lot of people can make a small amount of money and uplift themselves by participating in a social platform is very powerful and Chingari wants to make this vision possible.”

Miller, a longtime Wall Street investor, placed 30 percent of his portfolio into Bitcoin. The purchases had an average value of five hundred dollars at the time.

More recently, Miller’s firm filed with the SEC for Miller Opportunity Trust to invest in BTC via the Grayscale Bitcoin Trust.

In an interview this past week, Miller compared the risks of his early acquisition of Bitcoin to the current situation:

“Bitcoin is a lot less risky at $43,000 than it was at $300. It’s now established, huge amounts of venture-capital money have gone into it, and all the big banks are getting involved.”

Miller’s comments on altcoins hewed to a conservative assessment. He noted that with some 12 thousand plus crypto tokens and projects in existence, many are going to fail.

“There are 10,000 various tokens and stuff floating out there. The chances of more than a handful of them being worthwhile is very, very small. Bitcoin, ethereum, and a few others are probably going to be around for a while.”

The Russian language podcast is popular with crypto investors and enthusiasts.

Buterin, who was featured in Time Magazine’s 100 top influential people of the year (2021) said he has always had a philosophical bent, and he has brought that to his views on crypto.

Comparing Ethereum and Bitcoin, he commented:

During the interview Buterin also said he believed DAOs (Decentralized Autonomous Organizations) would be much more prevalent in the future.

“I think DAOs are definitely going to be more important over time... In terms of what’s still missing from the DAO space, I don’t think there’s any one big thing, but more a lot of little things. When will be the first time a DAO decides to make a strategy pivot, or when will two DAOs decide to merge? It's the ability to make big decisions and not just continue incrementally on the same path, that’s something I think we’ll see soon.”

Now theblockcrypto.com is reporting the company has tweeted out a call for crypto experts:

"At @Stripe, we're forming a new crypto team. I'm recruiting engineers and designers to create the future of Web3 payments."

The move puts Stripe in a rising number of conventional financial institutions interested in the crypto industry.

According to the job posting, the engineering team will “lay the foundation to support and inform Stripe’s crypto strategy,” affecting everything from Stripe's user interface to its backend operations, as well as its payment and identification systems.

Only engineers located in the United States are eligible for the jobs, which need a background in cryptography development as well as more than 10 years of engineering experience.