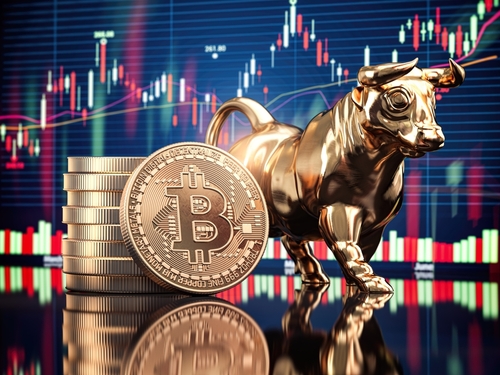 BLOCKCHAIN BULLS: ORLANDO BRAVO. When the world’s largest private equity firms are all beginning to sound the same note regarding a wave, there might be an ocean behind it.

This time it’s Orlando Bravo, co-founder of Thoma Bravo, which currently has more that 80 billion in assets under management (AUM).

Bravo told CNBC he was bullish on cryptos:

“How could you not love crypto? Crypto is just a great system. It’s frictionless. It’s decentralized. And young people want their own financial system. So it is here to stay.”

The renowned investor’s comments provided another signal of acceptance of what is increasingly seen as a once in a generation disruptive technology.

Bravo hasn’t only been talking. Thoma Bravo participated in the latest funding round for crypto exchange FTX, which netted $900 million from Sequoia Capital, Coinbase Ventures, VanEck and nearly 60 other firms.

In the CNBC interview, Bravo said his firm considered the overall technology innovations of blockchains, with their distributed ledgers, efficiencies in direct transactions, and vast potential use cases, to be the most crucial and exciting aspect.

“The underlying technology of blockchain, regardless of what protocol or what system you are building upon, can be very powerful and sometimes provides better use cases than data-based software.”

Of course, blockchains are databases. But their peer-to-peer decentralization, methods of writing and encrypting info, tokenized incentives, and “smart contracts” that execute instructions based on data, have marked a revolution in database technology.

IRAN RESCINDING BITCOIN MINING BAN? When there are billions at stake, and your country is facing an international squeeze, there may be limits to your leverage.

That appears to be the case in Iran, which banned bitcoin mining several months ago, citing potential strain on their power grid.

News reports are now indicating the country is licensing mining operators. The move would be seen as significant, since Iran had been a crypto mining hotspot. By some estimates, the country has represented about seven percent of mining operations in the world.

According to blockchain analytics firm Elliptic, revenues from Iran’s Bitcoin production have been estimated at close to $1 billion a year.

Even during the ban, thousands of computers have continued underground mining operations. In one embarrassing episode, the basement of Iran’s stock exchange was found running computers with bitcoin network software.

Most mining in the country is still unlicensed, but that could be changing as the country signals more acceptance.  Iran’s tax agency recently called for a legal framework for crypto-trading activities in the country.

SEC AVOIDS DECISIONS ON BITCOIN ETF FUNDS. A number of investment firms looking to implement bitcoin exchange traded funds (ETFs) to clients, had decision deadlines put off by the SEC this week.

Filings by Van Eck, Global X and several other firms had decision deadlines pushed back to November and December.

Order notices by the SEC regarding its (lack of) decision read:

The Trends Journal has previously reported on investment firms seeking to give crypto exposure to investors via ETFs in “WEALTH MANAGERS READYING CRYPTO FUNDS FOR CLIENTS” (10 Aug 2021), “GOING LONG ON BLOCKCHAIN TECHNOLOGY” (17 Aug 2021) and “BITCOIN ETFs IN PREP AS SEC HIGHLIGHTS PATH TO APPROVAL” (24 Aug 2021).

According to crypto reporting outlet The Block, VanEck's ETF proposal is the furthest along in the review process, and will likely receive a decision in mid November.

Europe has seen a major surge in crypto investing according to a recent Chainalysis report.

It showed that $1 trillion came to the region over the last 12 months, which accounts for almost a fourth of global crypto activity.

According to Ambcrypto, Spain is one country pushing up crypto adoption rates, led by young investors.

Spanish “neobank” Rebellion conducted a survey which showed that young Spaniards are choosing crypto over pension fund investments. According to the survey:

“21 percent of young people currently invest in cryptocurrencies, which makes them [crypto] the most contracted investment product, followed by pension funds and deposits (19 percent).”

Another 38 percent of Spaniards aged 25 to 40 who weren’t currently holding cryptos, reported they were considering making such investments in the near future.

Survey responders did strike some notes of concern. For example, 23 percent expressed doubts about the reliability of cryptocurrencies.

But a larger margin, 27 percent, said they believed cryptos represented the future of payments.