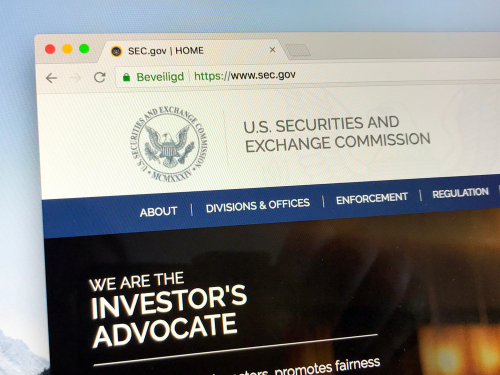 GENSLER TELLS CONGRESS “WE CAN DO BETTER.” U.S. inflation numbers continued to skyrocket, as members of Congress were still horse-trading this past week for district pay-offs in return for votes on a monstrous 3.5 trillion Infrastructure bill.

The Fed’s money printing has forced Americans to try to stay ahead of the game with riskier plays in the stock market, and elsewhere.

One of those “elsewheres” is the cryptosphere.

But have no fear.  The same government that worsened economic perversities, via economic shutdowns paired with gargantuan spending, is out to save the masses from crypto scams and ponzi schemes. At least they can truthfully say they know a money scam and ponzi scheme when they see one.

SEC Commissioner Gary Gensler was in the halls of Congress last week, answering politician concerns over crypto abuses. The fake concern trolling provided theatre for government to step in and “protect” consumers.  How? By taxing it all, of course.

Some questions focused on the fight the SEC is picking with Coinbase, the only Crypto exchange currently listed on a major traditional exchange (NASDEQ) in the U.S..

“Lend” would allow holders of crypto on the exchange to lend their assets via a USDC stable coin (ie. a coin that seeks to maintain parity in value with the dollar), for a relatively nominal 4 percent APR.

Many DeFi and other projects have far more aggressive lending and leveraging, token drops and speculative pump and dumps popping up by the hour.

The SEC can’t touch those. But it can go after Coinbase and its relatively crypto conservative user base, many of whom are looking for some way to hedge their savings and investments from wildly spiraling inflation.

That’s the whole premise of Bitcoin, which, along with Etherum, is by far the largest holding on the exchange.

The SEC has threatened to sue Coinbase over the Lend initiative.  That has drawn a withering response from Coinbase CEO Brian Armstrong in a series of tweets:

“If we end up in court we may finally get the regulatory clarity the SEC refuses to provide. But regulation by litigation should be the last resort for the SEC, not the first.”

At the Congressional hearing Gensler said of cryptos in general, "This asset class is rife with fraud, scams, and abuse in certain applications. We can do better."

One might say the same thing 10^10 of the traditional monetary system.

NYDIG AND MASSMUTUAL OFFER BITCOIN EXPOSURE TO CLIENTS. Investors looking for exposure to Bitcoin without dealing directly with crypto exchanges or wallets have increasing opportunities.

According to a 17 September 2021 Securities and Exchange Commission filing, the fund has raised $16.95 million from 121 investors. Sales totaled $4.95 million in a previous report.

A transaction announced in August between NYDIG and a broker-dealer business controlled by insurance company MassMutual may have generated at least part of the latest sum. MassMutual, which is a shareholder in NYDIG, made news last December for purchasing $100 million in bitcoin.

"Select [MML Investors Services] financial professionals will offer qualifying clients access to the fund, which provides an alternative and efficient way to invest in bitcoin," NYDIG has said about its initiative.

MMLIS is named in the latest filing for NYDIG Bitcoin Fund LP, which states that the broker-dealer "will receive certain placement and servicing fees with respect to clients it refers to the issuer."

The governing group for the network, which includes some of the world’s largest companies, has approved a significant allocation of its token reserves to incentivise and fund development and use of its ecosystem.

Hedera also revealed that RDS, the largest POS system company in the U.S., together with app developer Sparkle CS are utilizing the Hedera network in a major Digital Coupon service.

The news came as Hedera saw its token briefly reach all-time highs last week of close to 60 cents, before dropping back to the 42 to 45 cent range. Overall, Hedera has seen significant gains in 2021. At the end of 2020, its price was .03 cents a token. It currently sits at around 40th among cryptos in Market Cap value among crypto network projects, according to Coin360.com.

The token investment announced at the livestream will put 20 percent of the entire Hedera token supply into an independently managed fund dedicated to growing its ecosystem. The current value of that investment represents $5 billion dollars.

Mark Radcliffe, a partner at DLA Piper and a member of the Hedera Governing Council, told Coin Rivet the move was aimed at advancing the greater adoption and decentralisation of the network:

“We believe that for the Hedera network to reach its full potential as the trust layer of the internet, we must continue its strategy of decentralising the governance of the ecosystem, which started with its unique Hedera Governing Council structure.

“Our aim with the transfer of these assets is to ensure that decisions about the growth of the network will continue to be further decentralised through the role of the independent HBAR Foundation.”

The other big news involved another commercial initiative being launched on Hedera. RDS, the largest reseller and support company of Point of Sale (POS) hardware and software in North America, will launch digital eReceipts and Universal Digital Coupons apps that run on the Hedera network. The project is a collaboration between RDS, software developer Sparkle CS, and Hedera.

RDS will be in charge of distributing the applications to thousands of grocery stores throughout North America. eReceipts and Universal Digital Coupons are the first of many applications that will be made accessible to merchants via the upcoming RDS App Store.

Dwayne Van Wye, General Manager of RDS Minnesota, noted about the endeavor, "We are excited to be working with Sparkle to create the 'RDS App Store' with eReceipts and Universal Digital Coupons the first apps we are launching to our customer base of grocery retailers across the US."

Sparkle CCO Adam Doran said about the collaboration, “Without the need for costly and lengthy integrations which can be as much as $1M and 12 months or longer, we are empowering retailers to quickly and cost-effectively adopt a digital first strategy through our managed iPaaS platform and the APIs we have connected with to date which, in turn, will greatly benefit their end customers.”