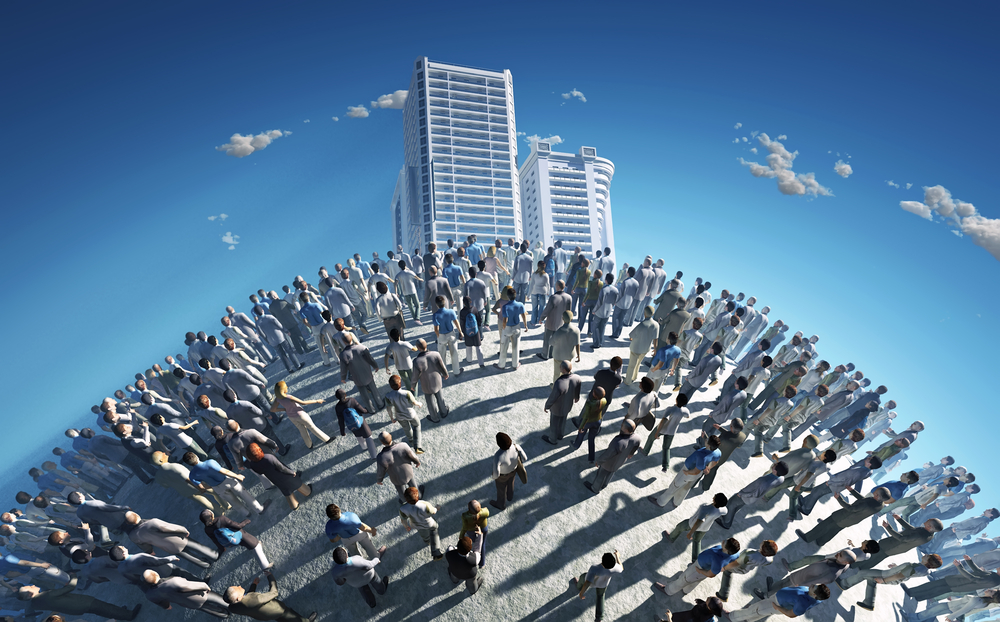 WORLDWIDE CRYPTO INVESTORS DOUBLED IN FOUR MONTHS. There are a lot of metrics and info about what various cryptos do that can and should be analysed when making investment decisions.

But the explosion in the numbers of people entering the crypto sphere may be one of the telling signs that in 2021, cryptos have taken a definitive leap into the mainstream. And not only that. The potential for even faster mass adoption is approaching a tipping point.

According to some recent estimates, the worldwide crypto population doubled in only four months, to 221 million as of June. Trends Journal predicted the likelihood of much wider mass adoption just as that boom was starting, in our 9 February article “ELON MUSK: TECH OUTSIDER?.”

It bodes well not only for the largest cryptos, like Bitcoin, Ethereum and Ripple. The value of blockchain technologies, which allow for direct interactions between parties, with transactions indelibly recorded on decentralized database ledgers, is becoming more apparent to the general public.

BTC and ETH made up 80 percent of the market share at the start of this year. That has decreased to around 70 percent, as other alts have attracted interest. As the recent rally has shown though, it’s the rising tide of the largest crypto projects that will continue to lift all boats.

Ethereum dominated the news during the previous week, owing to its huge price increases. As the Trends Journal noted, the Ethereum “smart contract” fueled dApp market share, together with the now almost complete “London” upgrade of its protocol, have made it a particularly good investment choice. See: “WILL BLOCKCHAIN SAVE THE DAY?” (20 April, 2021) and “WHAT ETHEREUM UPGRADE TO PROOF OF STAKE MEANS” (15 June 2021).

Analysts are predicting that the wider crypto market, including projects built on the Ethereum network, such as DeFi platforms like Compound and Aave, will benefit from Ethereum’s momentum.

CRYPTO PRICES REACTING TO U.S. TAX LEGISLATION. The rise of the stock market over the past week, traditional investment firms and others moving into crypto investments, and the sentiments of longtime “bitcoin whale” holders all played into action this week for the largest market cap cryptos like Bitcoin, Ethereum, Ripple, Cardano and others.

According to some industry analysts, as BTC balances on exchanges began to decline, rumors began to circulate that institutional investors were repurchasAll Postsing the remaining Bitcoin supply in large quantities.

At the same time, some longtime holders looked to be selling, a behavior attributed to "disbelief" that nevertheless served as a stumbling block to price rises.

Over the weekend, data from derivatives platforms, like FTX showed bets accumulating for a price drop, which some observed might well be connected to a cryptocurrency tax plan set to be passed by US Congress this week.

STATESIDE MINING PROSPECTS RAMPING UP FOR BITCOIN. Several factors are making for bright bitcoin mining prospects right now in the U.S., according to analysts.

There is a current scarcity of low-cost energy mining sites and power infrastructure to meet demand created by the loss of mining operations in China.

Secondly, miners' profitability is growing as equipment prices fall, in part due to equipment being sold off.

Another factor is the automatic adjustment of the bitcoin protocol, which reduced difficulty of bitcoin mining when mining as mining nodes went offline. As a result of difficulty adjustments, some have predicted that mining profitability would rise by 35 percent or more.

Negotiating, contracting, and developing low-cost power sites can take time. But there are some fast developing stories there. For instance, Energy Harbor Corp. recently agreed to provide a former Ohio paper mill turned cryptocurrency mining facility with nuclear energy to power its operations.

Standard Power provides what it describes as Infrastructure as a Service to companies looking to use blockchain applications. The company's Coshocton site is an abandoned Ohio paper mill it bought in 2018. The company plans a 40MW blockchain mining operation and a data center with up to 10MW of capacity on the 125-acre site.

Meanwhile, Texas, already home to one of the largest bitcoin mining operations in the U.S., Whinstone Inc, is being joined by other companies, including some relocating operations from China. BIT Mining, previously in Shenzhen, was one of the first large mines to be hit by China's restrictions. The business announced in May it would invest up to $25 million in a new data center in Texas.

Texas is by no means new to bitcoin mining, and that is likely a factor in attracting a new wave of activity, centered around hubs like Rockdale.

Even New York has made news for crypto mining, though the news wasn’t all positive. In early July, equity firm Atlas Holdings was accused of turning Seneca Lake into a “hot spa,” thanks to a natural gas fired power plant it owns being utilized for bitcoin mining.

Critics have contended that the plant, which operates some 8,000 computers devoted to mining, is undermining the state’s fossil fuel commitments, and harming the lake.

The Greenridge plant, which uses water as a cooling agent, publishes its water discharge temperatures regularly. The company noted there had been “just a 6.8 degrees average difference between intake and outflow” between March and April 2021.

But critics haven’t been satisfied.

“New York had established a goal in law of reducing greenhouse gas emissions by 40 per cent by 2030,” said former EPA regional administrator  Judith Enck, according to news reports. “The state will not reach that goal if the Greenidge Bitcoin mining operation continues.”

The company’s local advisory group has maintained that their operations represent no threat to the State’s Climate Leadership and Community Protection Act (CLCPA).