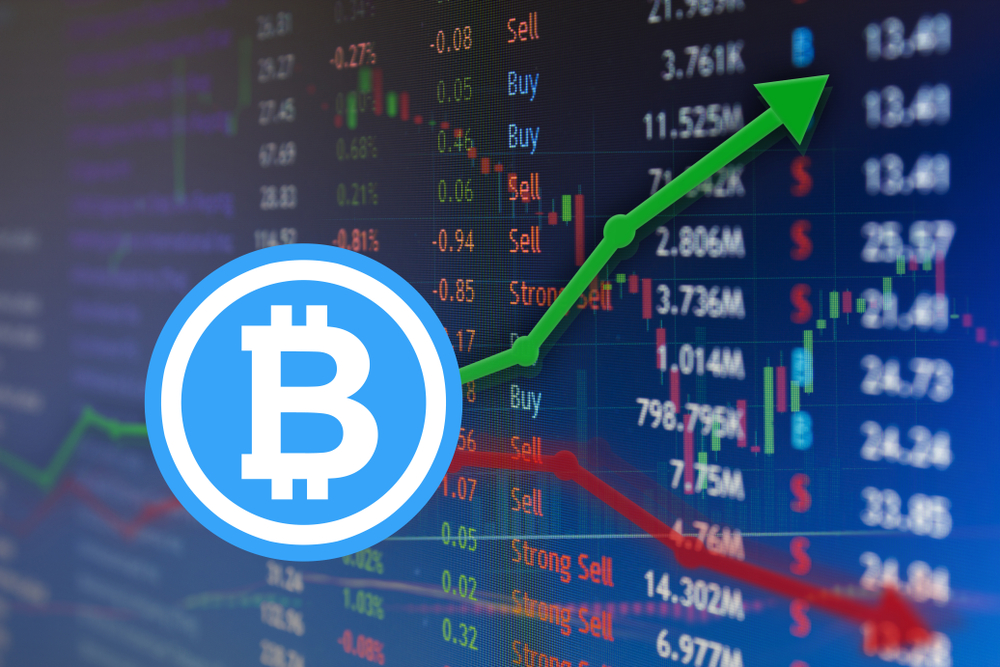 Dozens of clients reportedly use its products. This past November, PayPal started to let clients buy, sell, and keep some cryptocurrencies in their wallets. The move was seen as a reaction to the inevitable wider adoption of cryptocurrency, the payments industry newsletter PYMNTS reported.

Some observers still think the current interest in cryptos like Bitcoin will be superseded by a U.S.-issued “digital dollar.”

“I think ultimately, the digital dollar is going to become a thing, and that is going to allow for better, cheaper, faster payments,” Ternio CEO Daniel Gouldman has told PYMNTS. “It’s going to completely change the way we interact with money in a way that I don’t think we’re used to because we’re so used to banks.”

Ternio has a suite of products that make it easier for banks to facilitate cryptocurrency transactions, including crypto credit cards and bank accounts. Gouldman says cryptos still face many regulatory obstacles, consumer concerns, and business uncertainties. But moves like the ones PayPal has already made and is now considering with Curv keeps blockchain technologies in the news and on peoples’ minds.

CHINA LEADS WORLD IN DEVELOPING ITS OWN DIGITAL CURRENCY. As reported previously in the Trends Journal, China has been testing government-issued digital currencies in selected provinces, including a trial composing 400 million people in August 2020. More recently, they spread an initial offering of “digital yuan” during the recently celebrated lunar New Year.

China has been ahead of the curve with digital payments in general. Over the past several years, the country has used Mobile pay, mostly through the Alibaba-affiliated Alipay app and Tencent’s WeChat Pay, to replace cash as the predominant form of consumer payment in the country.

China’s aggressive efforts do not bode well for the U.S., which still enjoys a tremendous advantage of the U.S. dollar’s use as the world’s reserve and exchange currency.

The implications of China’s current edge in developing its national digital currency have deeper implications. Such a currency – and, more specifically, minute control of every aspect of it – would undoubtedly be leveraged to economic and social “advantage” by China’s totalitarian regime.

“This is about more than just money. It’s about developing new tools to collect data and leverage that data so that the Chinese economy is more intelligent and based on real-time information.” So says Yaya Fanusie, a fellow at the Center for a New American Security. The think tank focuses on Chinese threats regarding national security, and Fanuise authored a recent paper concerning Chinese digital currency programs.

The digital Yuan is vastly different than decentralized currencies like Bitcoin or Monero. The latter examples were designed to be highly resistant to control by any group or government. Monero in particular has even more “resistance” built in, since its ledger, or recordings of transactions, is thoroughly anonymized.

Digital currencies created by central banks will almost certainly provide governments with the means to tightly control every aspect of transactions. They could be used to instantly cut-off the financial abilities of disfavored individuals and organizations, as well as tracking and cracking down on political dissidents.

More than 60 countries have made at least some forays into testing and developing digital currencies in the past year. So far, the U.S. has not been leading the way. Sweden is conducting real-world trials of a digital krona, and even the Bahamas has made a digital “Sand Dollar” available to its citizens.

The U.S. has moved relatively slowly so far in developing a digital dollar, that is likely changing. While talking down the prospects of Bitcoin, Treasury Secretary Janet Yellen said recently that a digital dollar was “absolutely worth looking at,” since it “could result in faster, safer, and cheaper payments.”