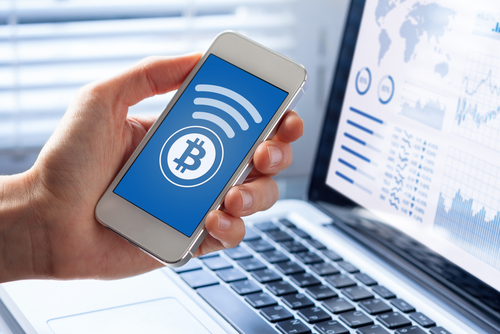 Bitcoin will never be widely used as a payment system because it is inefficient and carries high environmental costs, Sam Bankman-Fried, founder of the FTX cryptocurrency exchange, said last week in comments quoted by the Financial Times.

Bankman-Fried is “one of crypto’s most influential chief executive officers,” the FT noted.

The “proof of work” system that validates blockchain transactions is a major consumer of electrical energy because it requires vast amounts of computer power to “mine” a new coin.

That renders Bitcoin unable to scale up to the millions of transactions per day that would be demanded of a payment system, Bankman-Fried explained.

“The Bitcoin network is not a payments network and it’s not a scaling network,” he said.

The alternative “proof of stake” system, which we detailed in “EU Regulator Calls for Ban on Main Crypto Mining Method” (25 January, 2022), is less energy-intensive and would be necessary for a digital payments system to scale up, he added.

The Ethereum digital currency is shifting to proof of stake.

Systems used for millions of transactions per second “have to be extremely efficient and lightweight and lower energy cost,” he said. “Proof-of-stake networks are.”

Mining crypto has been consuming more energy than many of the world’s countries, according to an analysis by Cambridge University’s Bitcoin Electricity Consumption Index.

Crypto’s vast energy consumption has prompted regulators and environmental activists to call for limits, as we noted in our previous article cited above.

“I don’t think that means Bitcoin has to go,” Bankman-Fried said. “It could still be used as an asset, a commodity, and a store of value” as gold is, he suggested.

TRENDPOST: As the original and first generation crypto, Bitcoin has proven itself to be impervious to gaming of its ledger, and other kinds of manipulation.  That, along with the hard cap of the number of bitcoins that can ever be digitally (21 million) have added up to an impressive attraction to investors since about 2010.

With regard to transacting, there are “layer 2” technologies like the Lightning Network that make bitcoin more suitable for payments than it would otherwise be. (See “LIGHTNING STRIKES U.S. COMPANIES” and “MAKING BITCOIN TRANSACTIONS FASTER, CHEAPER AND MORE PRIVATE.”)

But no question, bitcoin has largely become a kind of “digital gold” asset. As a September 2021 Motley Fool article noted regarding bitcoin, compared to other cryptos and even CBDCs:

“Bitcoin is different because few people view it primarily as a form of payment. And some of these digital payment coins also offer increased privacy or have adopted more environmentally friendly methods of mining, which may set them apart. But fundamentally, being faster than Bitcoin alone is unlikely to be enough to help some of these coins survive long term.”

Bitcoin is likely to survive well into the future as a viable digital asset that strikes a balance between security, transactability and proven reliability, especially given the inability of governments to reign in money printing.