“BIO-PHARMA” PROFITING OFF A TRANSHUMAN FUTURE 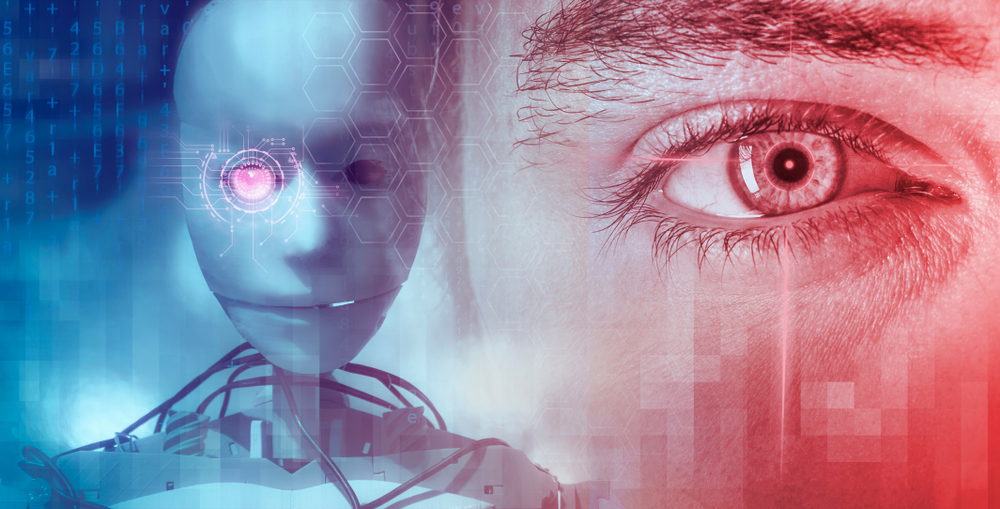 Many people who have taken the experimental mRNA and DNA COVID vaccines think it was a one-time necessity, or that at most, vaccine boosters might be required.

The interests behind their creation have a different idea. Their vision isn’t just limited to proscribing and mandating vaccines. They are pushing for aggressive technocratic interventions into human lives in ways that most people can barely imagine.

“Private” investment firms with deep ties to governments, like Wellcome Leap and CEPI (Coalition for Epidemic Preparedness Innovations), offer insights into the extreme kinds of research being capitalized to the tune of hundreds of millions of dollars. Scratch the surface, and the different projects listed for funding are filled with disturbing stuff:

Behind the virtual signaling lies an agenda that shouldn’t be sugar-coated. They are seeking to profit not only off pandemics, but from altering the human genome and compelling populations to be subjects to their experimentations and radical innovations.

There’s obviously huge money at stake in developing technologies that alter the natural human genome, whether to fix maladies, or provide “enhancements” to human beings.

Investment consortiums like Wellcome Leap and CEPI fully understand this. That’s why they have a jointly funded “R3 RNA READINESS +RESPONSE” program.

R3 Readiness + Response envisions building an infrastructure for ubiquitous RNA technologies that will be used to address far-flung human “problems”.

To do so, the project seeks to de-couple the “fabrication” of human designed RNA from the designing process. Fabrication would be handled by genetic foundries, and designers could have their designs produced, without having to fund and maintain their own fabrication abilities “in-house”.

According to the project literature:

“R3 seeks to change the dynamics and costs of biologics development and production, addressing the limitations of current manufacturing by establishing RNA as a versatile, deployable, standardized, multi-product platform technology, that: 1) in non-emergency times provides developers and researchers with access to cGMP-formulated RNA for the development and production of a diversity of viable RNA-based products, and 2) in emergency times shifts to needed products at speeds & quantities sufficient to mount a globally coordinated, regionally focused response to a pandemic.”

In addition to genetic research, Wellcome Leap has a wider transhuman agenda. Research projects refer to time and again to extreme facets that signal a reckless lack of regard for human dignity and individual autonomy. There is also next to nothing contemplated concerning frankly dangerous aspects of technologies being developed.

For example, the firm’s “1000 Days” investment initiative details several disturbing elements. One is a proposal to visually and biometrically monitor newborns 24/7, and intervene or even put a child into foster care if certain development goals are attained within a targeted time frame. The monitoring described is deeply invasive:

The program suggests that children who aren’t meeting development goals could be removed from parents and placed in foster care:

“Timing is critical – because developmental windows are narrow. For example, previously neglected children admitted into foster care before 24 months old versus those admitted after 26 months show significant differences in their ability to regain aspects of cognitive function by adolescence.”

The program also talks about making use of “in vitro” (ie. lab grown human fetal) brains to assist research:

“Advances in in vitro 3D brain models over the last five years demonstrates the viability of modeling network formation and functional connections in much the same way as we see in the infant brain. Progress has been made in at least three key areas: 1) the diversity and maturation of brain regions that can be sustained in long-term cultures and that mirror the timeline of human development; 2) the formation of microcircuits, synapses, and functional connections between two brain organoids into brain assembloid structures; and, 3) the ability to record and manipulate synapse activity and functional connectivity across these assembloid networks.”

Artificial Intelligence is also a part of the research equation, and again, there appears to be no limits in the designing of technology. The development of AI which can fully mimic human beings is viewed as a needed aid to research goals:

“Advances in artificial neural networks (ANNs) have demonstrated the viability of modeling network pruning processes and the acquisition of complex behaviours in much the same way as a developing brain. For example, deep language and face recognition models have acquired human-level prediction performance by optimising millions of synaptic weights over millions of real-world observations.

“Moreover, connecting visual, auditory, and motor networks and allowing them to learn from each other has led to: multi-agent ANNs that can play hide and seek and; cognitive robotics models that can replicate altruistic behaviours, recognise emotional states, and reproduce drawing behaviours typically observed in a child aged 1-2 years. These ANNs are beginning to help us understand the brain and behaviour in new ways.”

Another funding initiative titled “Human Organs, Physiology, and Engineering” focuses on bioengineering human organs and systems “in vitro. It involves growing and experimenting quite literally on partial human beings.

According to the program’s description:

“In this program, we aim to leverage the power of bioengineering to advance stem cells, organoids, and whole organ systems and connections that recapitulate human physiology in vitro and restore vital functions in vivo. We have two goals:

“1. Bioengineer a multiorgan platform that recreates human immunological responses with sufficient fidelity to double the predictive value of a preclinical trial with respect to efficacy, toxicity and immunogenicity for therapeutic interventions targeting cancer, autoimmune and infectious diseases…

“2. Demonstrate the advances necessary to restore organ functions using cultivated organs or biological/synthetic hybrid systems that would result in a doubling of the 5-year survival rate of patients on replacement therapy or awaiting organ transplantation and point to a fully transplantable, non-rejected, human organ within 10 years.”

Beyond Chemistry: The “Bio-Pharma” Vision

The drive to treat disease and enhance human life spans and more is the stated vision of what researchers themselves term “Bio-Pharma”. The term refers to the manipulation of biology — and specifically genetic interventions — to address medical issues. Bio-Pharma seeks to design alterations to human genetics, and to profit by those designs.

CEO Regina Dugan, who formed Wellcome Leap in 2020, just after the COVID War was launched, is a textbook example of someone who has spent their career honing governmental and corporate powers.

Dugan served under the Obama administration as the first female Director of DARPA (Defence Advanced Research Projects Agency), where she had worked since 1996. According to her Wellcome Leap website bio, while at DARPA she “oversaw an annual $3B portfolio of projects ranging from hypersonics to RNA-based vaccines.”

Following that, she headed up Google’s Advanced Technology and Projects, including Motorola Mobility, which was acquired by China’s Lenovo. Dugan moved on to secretive “Building 8” projects at Facebook, before leaving in 2018.

Jay Flatley, Chair of the company, is former CEO of Illumina, where he “helped to transform gene sequencing from a scientific pursuit to a commercially accessible service and moved the cost of sequencing an entire human genome from $1 million to $1,000.”

CEPI has its own interesting story. Though based in Norway, the globalist investment partnership was founded by an American, Richard Hatchett, with deep ties to political and medical power bases in the U.S..

Formed in 2017 with the stated goal of developing vaccines to stop future epidemics, CEPI was soon presented with the opportunity of COVID-19. It became a focal point for development of mRNA experimental vaccines, in conjunction with world organizations like the WHO and major pharmaceuticals.

CEPI has also been at the center of COVAX, a multi-billion dollar European program to funnel subsidized vaccines to 3rd-world nations in 2020. Not bad for a company barely two years-old at the time the COVID War was launched.

According to Wikipedia, Hatchett:

“[Hattchett] was acting Director of the United States Biomedical Advanced Research and Development Authority (BARDA). He served on the Homeland Security Council. He was on a pandemic planning team, under George W. Bush.

“He is CEO of Coalition for Epidemic Preparedness Innovations. He is a member of Pandemic Preparedness Partnership. CEPI funded early development of candidate vaccines. CEPI is teaming with the African Union to fund African vaccine production. CEPI is organizing a 2022 Covid summit.”

Right now, CEPI lists controversial vaccine development research including chimeric experimentations, among funded projects on its website. “Chimeric” means combining genetic materials from two or more organisms. It is often done to give an organism a feature or function it would not otherwise have. Below is a screenshot from CEPI’s portfolio webpage, referencing chimeric research funding:

The investment partnership of CEPI and Welcome Leap is an example of how experts with deep experience and ties to governmental and corporate organizations design private vehicles to leverage and profit from that experience. And that is the most innocent explanation of what might be going on. Consider: how could two investment firms that have existed for less than three years be at the center of so much virus funding and research activity, to the tune of literally billions of dollars?

Among other things, Richard Hatchett of CEPI has defended private companies profiting off of pandemics, arguing he doesn’t think Intellectual property rights significantly contribute to vaccine shortages. These are not selfless, disinterested parties.

As far as the rosy descriptions and virtue signaling of their funding projects, the reality is that they exist to make money for their investors. They are not non-profits, nor governmental institutions ostensibly serving and accountable to the public. And those investors likely include many individuals who are directly involved in formulating and influencing public policies, as government officials, power players at huge corporations like Google, Apple and Facebook, and / or investment and financial players on Wall Street.

The Right To Remain Naturally Human

There are many questions that need to be considered, regarding what rights any set of human beings, or any company should have to alter human genetics.

It seems so obvious that it should hardly need to be said: humankind has an existential stake in preserving and protecting natural human beings, and the natural human genome. At the very least, no human being should ever be compelled to submit to genomic interventions.

It is deeply anti-human to deprive the rights of persons to remain naturally human.

And the moral and ethical dangers of gene technologies are no longer theoretical. A war is being waged right now against people asserting their rights not to be subject to forced injections with experimental genetic level technologies.

Transhumanism, as advocated by “Bio Pharma” interests with frankly damning financial conflicts of interest, admits no conceptual dignity to natural humanness, and no practical dignity to the average human masses

In this sense, transhumanism represents a disturbingly retrograde force in history. Where prior milestones have recognized and enlarged the rights and freedoms of average people, transhumanism strips those hard-earned advances, in favor of the whims and designs of a tiny, powerful class of elitist technocrats.

Not only is it a step backward. It may be a catastrophic one, because it welds age-old hubris with technology unimaginable in its power to alter humanness itself.