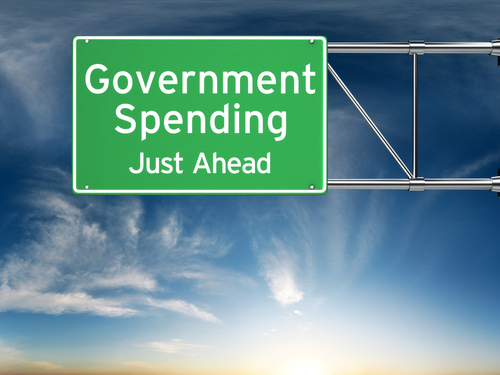 The International Monetary (Mafia) Fund (established in 1944, in the aftermath of the Great Depression of the 1930s) is an organization of 190 countries; its aims are "to foster global monetary cooperation, secure financial stability, facilitate international trade, promote high employment and sustainable economic growth, and reduce poverty around the world." Its parent organization is the United Nations.

The member countries' fees are based on their relative position in the world economy, which also assigns each country a quota of what it can borrow from the IMF pool.

On 13 October the IMF published its Fiscal Monitor, and the Financial Times reported the following day on the contents, including comments by

Vitor Gaspar, head of fiscal policy at the IMF.

Gaspar noted the "great finance divide" between those countries with access to finance (meaning credit, insurance and other risk management services) and those without, observing that the COVID War has had a greater impact—a larger rise in public and private debt—than the global financial crisis.

TRENDPOST:  The global financial crisis (2007-2008) was, before the COVID War was launched, what economists regarded as the most serious financial crisis since the Great Depression. Brought on by years of low interest rates and lending crimes committed by Banksters, left them holding trillions of dollars in subprime mortgages (granted to borrowers who ordinarily wouldn't have qualified) that proved all but worthless.

The "remedy" included massive bailouts of financial institutions that were deemed "too big to fail," clearly proving that bankster bandits are rewarded for their acts of crime. As we have reported the U.S. Federal Reserve Mob secretly pumped in $29 trillion to bail them out. (See “GLOBAL ECONOMIC TRENDS,” 8 Dec 2020)

Gaspar said that the debt increase has been "well spent," helping to speed recovery and brighten economic outlooks. But 90 percent of the IMF's fiscal support went to advanced economies and to China, leaving emerging and low-income countries to deal with a lack of access to cheap borrowing, which in turn keeps them from spending to stimulate their economies. And that begets reduced revenue from taxes, and other, worsening long-term economic damage.

The IMF noted that the COVID War has left even economically advanced countries with levels of debt almost equal to their national incomes, but that's lower than was expected six months ago. And investment in vaccination has probably been, for rich and poor countries alike, "the highest return global public investment ever," Gaspar said, noting that spending to help people adapt to global warming also had high returns.

Based on an IMF simulation, the organization predicts that President Biden's proposed "infrastructure" spending and "American Families Plan," along with the European Union's recovery fund, will raise the global gross domestic product by 0.7 percent over the next several years.

TREND FORECAST:  So what's new? It's better to be rich than poor, the richer you are the better able you are to weather any storm, even if you have to borrow money to do so. The rich may help the poor, but they help their fellow rich even more. And, as Gregory Mannarino so cogently explains, the global economy will continue to operate on a model fueled by the mass, exponential and never-ending expansion of debt; see "THE DEBT HYPER BUBBLE MUST AND WILL GROW EXPONENTIALLY" (14 Sep 2021).