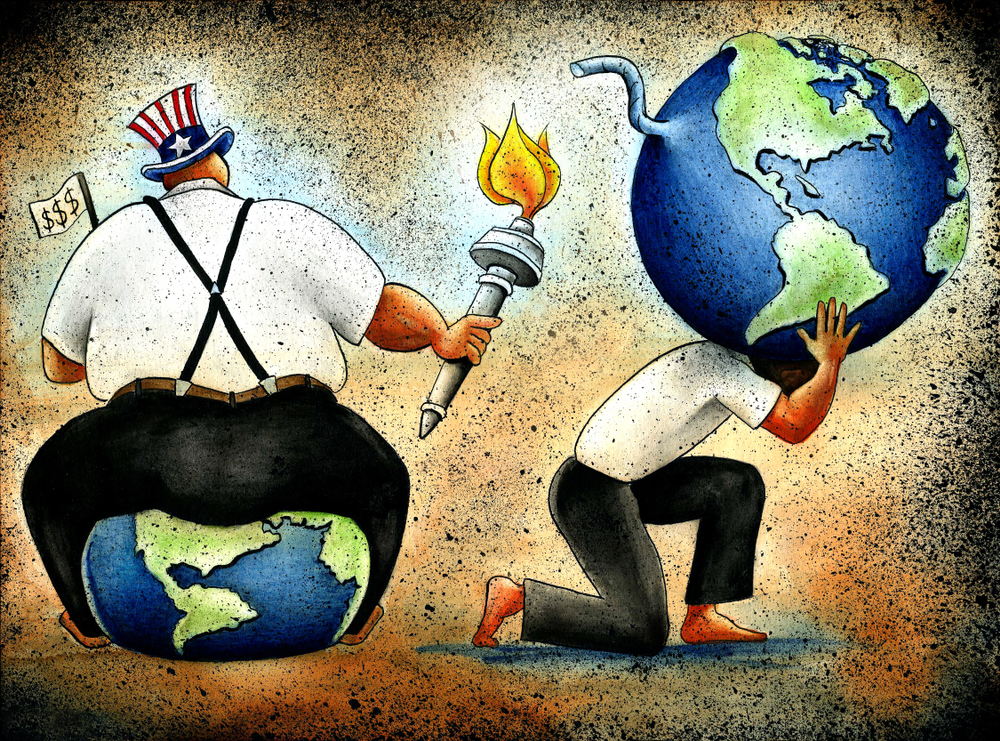 Just how are the rich getting richer?

The COVID pandemic showed more starkly than ever how mega billionaires like Jeff Bezos, Bill Gates, Laurene Powell Jobs, Klaus Scwhaab and others can profit even more from disasters than from good times.

Did they merely provide goods and services more creatively and ingeniously than competitors?

The web of activist organizations and entities fueled by their foundations is prolific. They wield influence in virtually every area: culture, commerce, news, education, health, and of course, politics.

Are they merely exercising their rights to dispose of their wealth as they see fit?

The very obvious, non-conspiratorial answer is no. Their networks exert tremendous, corrosive influence that has siphoned power from localities, average voters and even national politicians and governments. It’s not an exaggeration to say that at this point, globalist technocratic elites have effectively turned Western democracies into slavish zombie states.

“Rigged System” doesn’t even begin to describe it

A new in-depth report by non-profit news organization ProPublica details how some of America’s wealthiest activists engage in obscene tax avoidance schemes. The record shows that in years when they have paid a relative pittance in taxes, they have funded activist causes by the billions.

Incredibly, a lot of the richest names list also made another list: “Years In Which a Billionaire Paid No Personal Income Taxes”.  Names there include:

George Soros represents a typical example of how tax laws have been met with creative impunity by elites. The activist billionaire and naturalized American citizen managed to claim losses from 2016 to 2018, despite a generally good U.S. economy and rising stock market.

At the exact same time, Soros infused his Open Society Foundation, the umbrella funder of his left-wing activism, with 18 billion dollars. The New York Times called it “one of the largest transfers of wealth ever made by a private donor to a single foundation.”

Soros money funded the “Resistance” to Donald Trump, undermining his Presidency with now discredited claims of “Russian collusion”. And in 2018 Soros began a program funneling millions to campaigning leftist district attorney campaigns around the country, to steer criminal justice policies.

“True Tax” shows how much the richest are benefiting

Tax avoidance is accomplished in a myriad of ways. As an example, Carl Ichan, claimed interest off huge loans that were being leveraged to finance investments in 2016 and 2017. That helped him in claiming no Federal tax liability for several years, despite $544 million in adjusted gross income.

Michael Bloomberg could thank rival Donald Trump in part for his 2018 tax avoidance success. On $1.9 in reported income he used Trump era tax cuts, together with charitable donations and credits for foreign taxes paid, to drastically reduce his domestic tax bill.

In addition to zero tax years, mega-millionaires have managed to generally pay rates of tax that would be the envy of average Americans employed as teachers, office workers, healthcare technicians and first responders. Unlike average working Americans, much of the wealth growth of the mega rich is not gained via “salaries”.

The ProPublica analysis devised a way to illustrate how tax laws allow the wealthy to escape the percentages that average Americans pay. They compared how much in taxes the 25 richest paid each year, to how much their estimated wealth grew over the same time period. ProPublica dubbed that their “true tax rate”.

In contrast, middle class Americans who saw their net worth expand by about 65-thousand during the 2014 to 2018 time frame, paid about $62 thousand in taxes over that same period.

During the COVID War, the wealth bonanza only grew more grotesque. Trends Journal articles including TECHNOCRATS WIDEN WEALTH GAP THANKS TO PANDEMIC (13 April 2021) summarized how the elites got richer while the rest of the world suffered in 2020.

The ProPublica report is causing a stir, due to the fact that the reporting is based on a leak of IRS documents. According to Wikipedia:

“IRS Commissioner Charles Rettig said that the IRS would investigate the leak of the tax data to ProPublica and that any violations of law would be prosecuted.”

Though a frankly activist outlet itself, ProPublica has shown more balance than many other millionaire-funded journalistic projects. In 2013, for example, they covered the story of how the IRS illegally targeted and held-up the applications for tax exempt organizations with conservative leanings. They’ve earned five Pulizers since their founding in 2007.

Their stated mission to expose abuses of power and betrayals of the public trust has certainly hit pay dirt with their latest report.