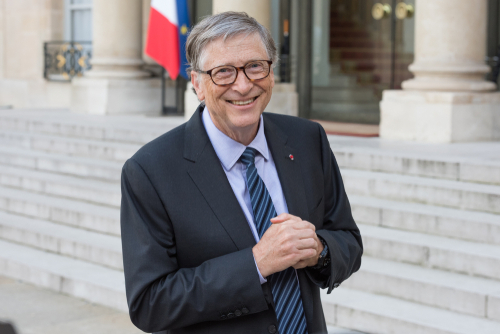 With the FDA advising against COVID booster shots, at least for the moment, Bill Gates is already game-planning how to make the most of the next pandemic.

Gates told The Times Of India that his foundation is fueling efforts to make India a leading world producer of mRNA vaccines. “For the next pandemic, we will make sure we have gigantic mRNA factories in India and the rest of the developing world to achieve our 100-day goal of being able to make vaccines for everyone.”

Gates added he envisions mRNA vaccines being engineered and rolled out for an array of maladies, including the average flu:

“Will this work, to be ready for the next pandemic, and will it have benefits beyond the pandemic preparedness? The answer is absolutely yes. The mRNA platform, we’re working with that German company, BioNTech, to do an HIV vaccine using their mRNA technology. We have a malaria vaccine. We think that we can do a very low-cost flu vaccine and bring the worldwide level of flu down dramatically.”

But there is now much credible evidence that the COVID virus did not naturally emerge in any such way. Controversial gain-of-function research banned in the U.S. but funded under the direction of Dr. Anthony Fauci, who still acts as a governmental lead in COVID policy, has been identified as a likely man-made disaster behind the virus.

Gates also asserted without evidence that the way to stop the spread of the Delta Variant was to reach exceptionally high rates of vaccination.

In fact, no science has shown that vaccinated individuals are less capable or likely of spreading the COVID virus. And the state of Israel, which has had the highest vaccination rate of any nation in the world, is currently recording record numbers of Delta variant cases.

According to The Times of Israel, the country is currently experiencing an average of 8 thousand new infections each day, with spikes over 10 thousand.

Those kinds of numbers represent "a record that did not exist in the previous waves," said Israeli Health Ministry Director-General Nachman.

Despite the FDA currently rejecting COVID booster shots for the general American population, Gates told The Times of India that he’s holding out hopes for 2022:

“The foundation is very proud that back in the spring of 2020 we got $300 million to Serum (Institute of India). Serum has executed very well on ramping up the volume, making really record numbers of vaccines. Now, we wish we’d have even more, but in the months ahead the numbers are going to go up quite a bit. Novavax will come into the picture. We’ll have Johnson & Johnson. We’ll figure out what can be done with the booster. We’re not quite sure about that right now, but that’s probably beneficial as we get into 2022.”

The Microsoft founder, though not elected to any office, and not credentialed in the field of medicine, nonetheless exerts huge influence in vaccine policy-making and distribution, via the Bill & Melinda Gates Foundation.

Some have described Gate’s involvement with vaccines as driven partly by ideological goals of population control, and partly by profit.

Gates has frankly stated that a burgeoning world population, especially in the world’s poorest regions, is fueling crisis conditions affecting climate and sustainability.

The Sunday Times and many others have noted the obsession of Gates (and other elitists) with population control:

“Gates, 53, who is giving away most of his fortune, argued that healthier families, freed from malaria and extreme poverty, would change their habits and have fewer children within half a generation.

“At a conference in Long Beach, California, last February, he had made similar points. ‘Official projections say the world's population will peak at 9.3 billion [up from 6.6 billion today] but with charitable initiatives, such as better reproductive healthcare, we think we can cap that at 8.3 billion,’ Gates said then.”

As for profiting from vaccines, Gates does not directly own controlling shares of major vaccine companies. But his foundation owns stock in many companies currently profiting from making products and selling services related to the COVID pandemic.

And his own investments are tied to the policies he promotes.

A term has been coined for the billionaire’s self-dealing brand of largesse: “philanthrocapitalism.”  But the crony corporate government NGO nexus that increasingly dominates non-communist countries has nothing to do with free markets nor free peoples.

They leverage their philanthropy to gain influence, control, and greater wealth.

Gates has been criticized in the past for pushing Big Pharma medicines and vaccines on regions of Africa with disastrous results.  Even the obedient Huffington Post felt compelled in 2020 to try to muddy and excuse Gate’s funding of programs that harmed and sterilized African women:

“Some of the examples were documented stories of legitimate concern—for instance, HIV-positive women in southern Africa had been pressured into sterilization procedures by local health care entities. The report attempted to link them to shakier allegations of USAID funding being used for coercive sterilization campaigns in other countries. But the report’s real target, it seemed, was the Gates-backed health initiative in Navrongo. Later, the report’s lead author would suggest that people involved with the project should be charged with attempted genocide.”

Gates has been involved in projects that were lucrative for other wealthy international corporations, at the expense of developing countries.  According to AGRA Watch, Gates and his foundation pushed costly GMO seeds on 3rd world nations, and found ways to profit by the promoted policies:

“… [They] often expect financial returns or secondary benefits over the long term from their investments in social programs. Philanthropy becomes another part of the engine of profit and corporate control. The Gates Foundation’s strategy for ‘development’ actually promotes neoliberal economic policies and corporate globalization.”

The Nation, no bastion of conservative polemics, noted in 2017 that Gates, like other mega billionaires, operates largely outside the bounds of political authority and democratic electoral controls.

“Through an investigation of more than 19,000 charitable grants the Gates Foundation has made over the last two decades, The Nation has uncovered close to $2 billion in tax-deductible charitable donations to private companies … which are tasked with developing new drugs, improving sanitation in the developing world, developing financial products for Muslim consumers, and spreading the good news about this work.”

Following a messy break-up with former wife Melinda, Bill Gates has kept himself out of the news of late.

But with the recent Times Of India interview, Gates is signaling he’s tamped down that bad press, and is now itching to spring new pandemic profiteering initiatives on the world.