BIDEN’S PICK TO HEAD NEW DOMESTIC “DISINFORMATION GOVERNANCE BOARD”: HOW LOW CAN YOU GO 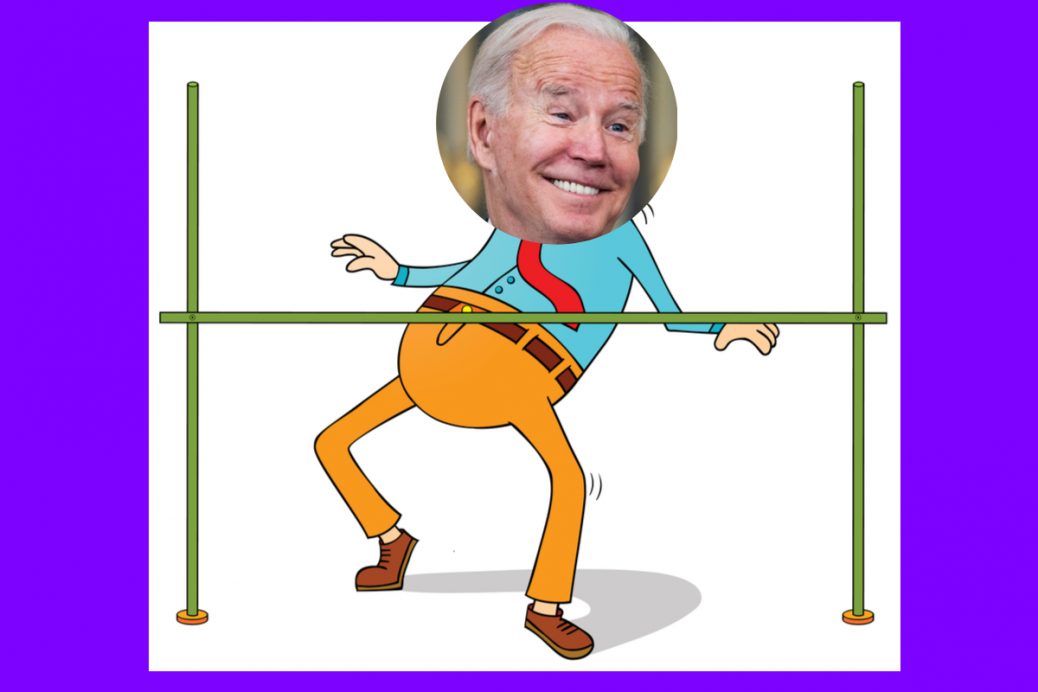 But at this point, virtually every day news breaks that sadly shows just how right their analysis and “calls from the wilderness” have been.

The latest case in point was the establishment, this past week by the Biden Administration of a new Federal “Disinformation Governance Board,” as part of the Department of Homeland Security (DHS).

Thus, the Bush era “War On Terror,” which established a new era in domestic government surveillance and control, just keeps on giving.

Biden tagged a fitting person indeed to head the board, which will seek nothing less than to criminalize information that questions or criticizes whatever the Technocratic Oligarchy that now rules America deems dangerous to its interests, policies and plans.

Her name is Nina Jankowicz. Fortunately, her history of extreme views, already being lampooned and savaged across the internet, signal that perhaps Biden’s attempt to criminalize political opposition ahead of the 2022 and 2024 election cycles will crash and burn like most other parts of his toxic agenda since taking office.

Jankowicz’s previous credentials include stints at the Wilson Center, and advising the Ukrainian Foreign Ministry (as part of the Fulbright-Clinton Public Policy Fellowship), according to Zerohedge.com.

She also directed Russia and Belarus programs at the National Democratic Institute.

Her credentials appear to make her a suitable choice for carrying out the anti-Russia propaganda war that has already seen the Biden administration smear domestic news organizations questioning America’s role in the war as Russian agents and dupes.

Fortunately for those galvanizing to fight this new Orewellian “Ministry Of Truth,” Jankowicz also has a history of being nothing less than a queen of disinfo herself.

To give a few examples unearthed since the the announcement of her new position and power:

A good example of Jankowicz’s fragile, anti-free speech mindset was the way she advocated for criminalizing criticism of (leftist) female political figures, while writing an op-ed piece in Wired magazine.

In the piece, she called for adding updates to the “Violence Against Women” act, to criminalize “sexually abusive” online critizism of politicians like Kamala Harris, Alexandria Ocasio-Cortez, Ilhan Omar and others.

Jankowicz used an example of scathing hurtful criticism directed against her, to illustrate the need to criminalize speech:

[I experienced] taunts meant to suggest that, as one of my abusers put it, “you birth babies, we build bridges,” and that my birthing years were dwindling?

This faux outrage was penned by the same woman capable of reeling off song-and-dance ditties like this in entertainment venues.

"Congress should reauthorize the Violence Against Women Act (VAWA) and include provisions against online gender-based harassment.”

In announcing the new DHS Disinformation Governance Board, government spokespeople pointed to fears that Russian efforts to spread disinformation about the Russia-Ukraine conflict might target populations in the U.S. including blacks and hispanics.

“DHS is standing up a new Disinformation Governance Board to coordinate countering misinformation related to homeland security, focused specifically on irregular migration and Russia.”

“The goal is to bring the resources of the department together to address this threat. I just read a very interesting study that underscores the importance of the point that you make, of the spread of mis and disinformation in minority communities specifically, and we are focused on that …”

It appears that the Feds don’t want minorities off the government “information plantation.” If those groups became galvanized against America’s involvement in the war, it would likely catastrophically split the Democratic Party.

With the creation of the DHS Disinformation Governance Board, it’s more likely than ever that independent media fighting for truth in a darkening period of oppression and war will feel new pressures, marginalization, and even criminalization.