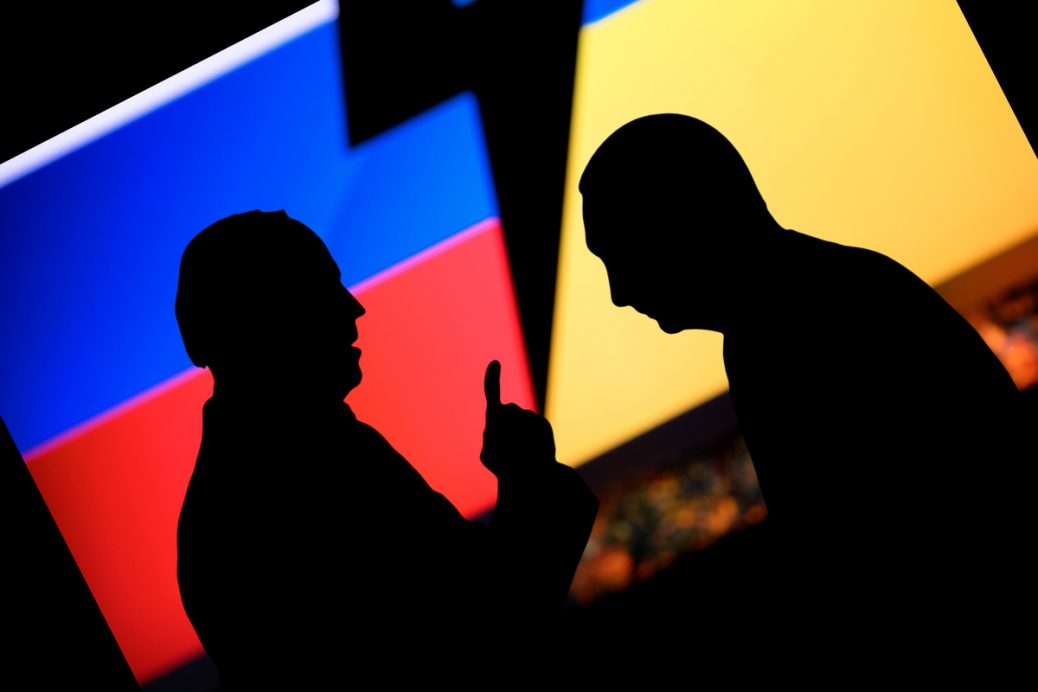 Want to do business with Russia? You’d better watch out. U.S. President Joe Biden announced last week that Washington will impose fresh sanctions on anyone or any company that tries to help Russia get around sanctions imposed after its invasion of Ukraine.

“We have a number of tools to ensure compliance, and one of those tools is the designation of individuals or entities in third-party jurisdictions who are not complying with U.S. sanctions or are undertaking systematic efforts to weaken or evade them,” Jake Sullivan, President Joe Biden’s national security adviser said, according to The Financial Times.

Earlier this month, Ned Price, a spokesman for the state department, told reporters that the U.S. made clear that it will “not allow any country to compensate Russia for its losses” from Western sanctions. (See “BEIJING: STOP WESTERN SANCTIONS ON RUSSIA.”)

Western countries have imposed crushing sanctions on Russian companies, oil, and banks. The country is expected to face a deep recession as a result.

Reports indicate that Moscow asked Beijing for both military and economic assistance, a claim they both deny.

The report said the pause “highlights the risks” of the “unexpectedly heavy Western-led sanctions.”

Alasdair Macloed, an investment strategist behind Goldmoney.com, wrote that Sinopec’s decision was a “major development.”

“If true, this signals China is ditching Putin. Without China's support he is burnt toast,” he tweeted.

TRENDPOST: As we have been reporting since the beginning of the Russian invasion on 24 February, China has attempted to strike a balance between not outwardly supporting the war, while understanding Russia’s concern with an expanding NATO at its doorstep.

And, as noted by editorials in the Beijing controlled Global Times media outlet, China has condemned the United States for its words and deeds against Russia and has, in words, supported Russia’s cause for invasion of Ukraine.

The Financial Times reported that “mainstream scholars” in China consider the war a “plot instigated by the US to weaken Russia, strengthen NATO and make Europe more dependent on Washington again.”

Biden doesn’t seem to mind and said last week that a food shortage is going to “be real" following the sanctions that were placed on Russia.

"The price of the sanctions is not just imposed upon Russia," he said. "It’s imposed upon an awful lot of countries as well, including European countries and our country as well."

Will China Get Hit With Sanctions?

Janet Yellen, the treasury secretary, said she doesn't think the U.S. should impose sanctions on China.

“We would be very concerned if they were to supply weapons to Russia, or to try to evade the sanctions that we’ve put in place on the Russian financial system and the central bank,” Yellen told CNBC. “We don’t see that happening at this point.”

The Financial Times reported that there is growing concern that Russia will find new ways to survive the sanctions through “alternative sources” of foreign currency.

Biden told reporters last week that he never threatened Xi with sanctions, but “pointed out the number of American and foreign corporations that have left Russia as a consequence of their barbaric behavior."

He said much of China’s economic growth hinges on Europe and the U.S., and any attempt to support Russia would put China in “significant jeopardy” in achieving those aims.

TREND FORECAST: The relationship between Russia and China will grow stronger as the West ramps up its economic war against Russia and intensifies it militarily by sending more troops and munitions to NATO nations next to and near Russia’s borders.

China, with an economy 10 times the size of Russia, and Russia being the 11th largest economy in the world, will be a significant and growing trading partner during Russia’s isolation, selling it more of its goods and services that the West has abandoned.

However, China will not short-change its own industrial complex to provide Russia with computer chips and other crucial supplies if their needs of supply outstrip their demand. China needs those items to feed its dominant export economy as well as to spark domestic consumption.

And rather than pushing for peace, America is sending billions of dollars of weaponry to Ukraine to keep the war going and President Biden said yesterday that he wants to add another $31 billion for the Defense Budget.