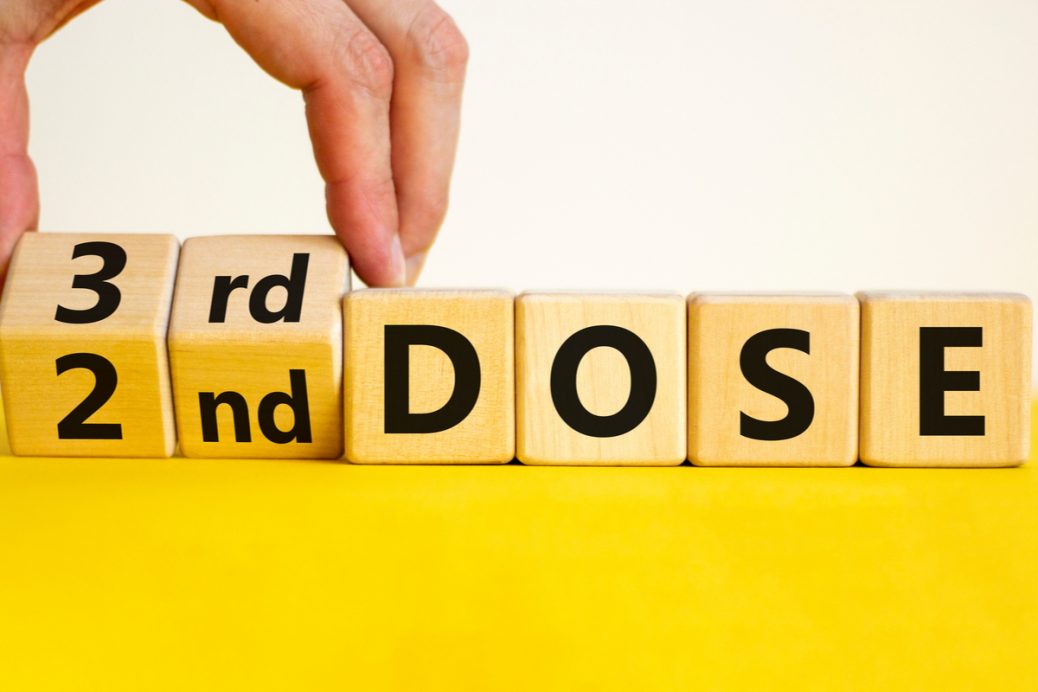 President Biden's agenda for booster shots for all Americans may not be proceeding quite as planned. But in the end, facts won’t matter, draconian mandates are the way of the once Land of the Free.

There are some serious cracks appearing in the wall of support for Biden's plan, even from some scientists who cannot be glibly dismissed by the administration as "anti-vaxxers," "conspiracy theorists" and "not real doctors."

Indeed, in the New ABnormal, We the Stupid People of Slavelandia are ordered to only believe what government crime syndicates tell us is the truth.

As reported 16 September in two separate articles in The New York Times, one of the strongest drivers of the premise that booster shots are beneficial and necessary for everyone has been evidence from Israel which seemed to indicate a significant waning in the protective ability of the COVID vaccines over time (see "ISRAEL: COVID DRUG MUCH LESS EFFECTIVE THAN WHAT WE'VE BEEN SOLD," 27 July 2021). The Presstitute’s esteemed Dr. Anthony Fauci, the Greatest Epidemiologist the World Has Ever Known, based his own recommendations for booster shots on the Israeli data.

Now even that is in dispute. Current data, interpreted by independent scientists, seems to show that it is chiefly older adults who will benefit from booster shots, and even then, such benefit may last as little as 12 days. Even two scientists who lead the Food & Drug Administration's vaccine branch will be leaving the agency this fall, in part because they disagree with the Biden administration's push for boosters without a proper review of the data.

Those scientists joined with an international array of colleagues to publish, on 13 September in The Lancet, their collective opinion that the world would be better served by using the available vaccine doses to protect the billions of people worldwide who had yet to be vaccinated.

But the U.K., France, Germany, Denmark and Spain are still on track to administer boosters to adults who are older or considered more vulnerable. And Israel has authorized boosters for everyone over 12, and is already planning for a fourth round of COVID jabs.

Part of the dispute revolves around whether the vaccines are meant to prevent infection altogether, or to minimize the severity (and thus the need for hospitalization) in those infected.

And on Friday, a U.S. government advisory panel overwhelmingly rejected Biden’s across the board Pfizer booster shot a plan, saying that the third jab should only be for those who are 65 or older or have a high risk of severe disease.

TREND FORECAST: From now until forever, the population will be sold the drug dealers line, that to prevent infection, the lofty goal of never-ending cycle of booster shots will be required. And that never-ending cycle is what the Big Pharma, big Drug Lords has long had in mind; see "NO LETUP IN SURGE OF VAX BIZ REVENUES," (3 Aug 2021) in which Trends Journal readers are reminded that the vaccine producers view the need for COVID-19 jabs as a "durable revenue stream."

How the Biden administration chooses to proceed may depend on the outcome of meetings of experts at both the FDA and CDC. The heads of both those agencies are currently on record as being fully on-board with Biden's booster shot plan. Of course, in the case of CDC Director Dr. Rochelle Walensky (and similarly with Dr. Fauci), what she endorses today in no way presupposes what she may endorse tomorrow; see "THE WALENSKY WAFFLE: DOING THE BACKTRACK SHUFFLE" (3 Aug 2021).

Indeed, brushing off the panel’s conclusion that booster shots should not be given, calling it a “snapshot” of available data, Dr. Francis Collins, director of the National Institutes of Health, told Fox News on Sunday that, “I think there will be a decision in the coming weeks to extend boosters beyond the list that they approved on Friday,” and there would be wide-ranging approval for most Americans to get the booster jabs “in the next few weeks.”