BIDEN, ZELENSKY AND THE NEOCONS 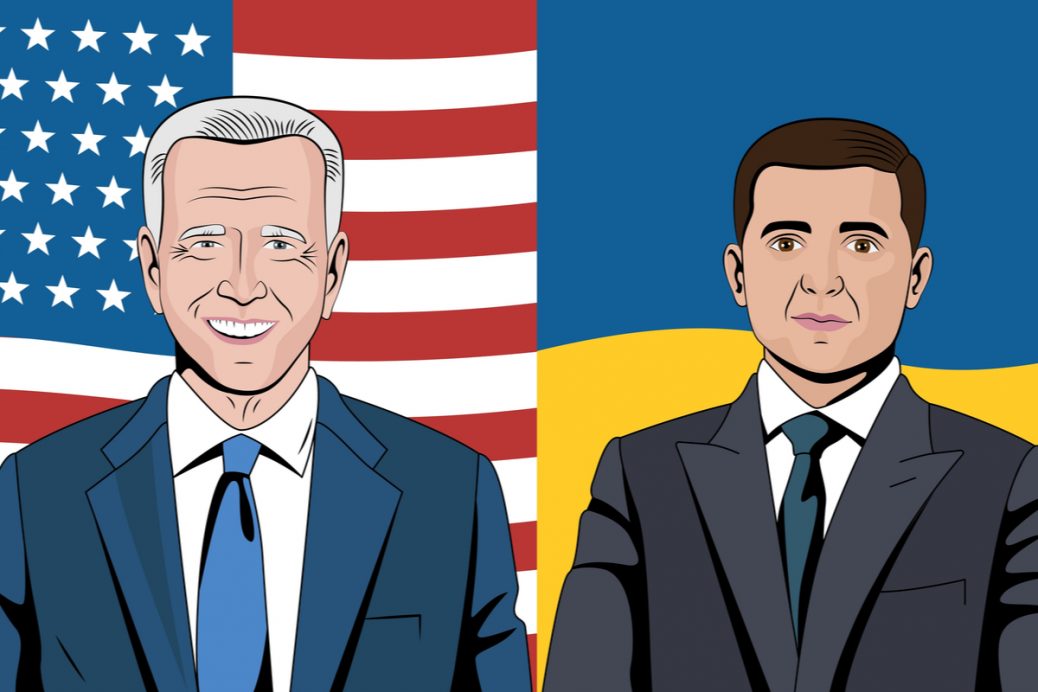 There are many backstories surfacing from what is going on in Ukraine and Washington that have been largely ignored amid the drumbeat of casualty counts combined with claims and counter-claims from the two sides.

Two stories that I believe have received insufficient attention are the U.S. government’s three decades long obsession with weakening and de facto destroying the Russian state and the dominant neocon plus associate liberal democracy promoter role in what has become American foreign policy.

To be sure, anyone who doubts that the U.S. is currently on a course to not only replace President Vladimir Putin but also to crash the Russian economy is delusional.

Washington has been trying to deconstruct the former Soviet Union ever since 1991, beginning with President Bill Clinton’s expansion of NATO into Eastern Europe in spite of a pledge not to do so and his unleashing the oligarchs who looted the country’s natural resources under President Boris Yeltsin.

The pressure continued under the beatified President Barack Obama, who appointed as Ambassador Michael McFaul, who saw his mission as connecting with dissidents and opposition forces inside Russia, a role incompatible with his promotion of U.S. interests and protecting U.S. persons.

And then we had the redoubtable President Donald Trump undoing confidence building agreements with Russia followed by the current disaster that is unfolding before our very eyes.

One should not ignore the fact that the fighting in Ukraine came about largely because the Biden Administration refused to negotiate seriously regarding the mostly reasonable demands that the Kremlin was making to enhance its own security.

Former U.S. arms inspector Scott Ritter cites a reported comment by a senior Biden Administration official which sums up the current policy, such as it is: “The only end game now is the end of Putin’s regime. Until then, all the time Putin stays, [Russia] will be a pariah state that will never be welcomed back into the community of nations.”

Indeed, President Joe Biden’s recent disastrous trip to Europe can likely be characterized as one wishes to see it and the media has certainly done considerable spinning, but Biden left behind a legacy of various gaffes and lapsus linguae that made clear that the U.S. is in the game to defeat Russia however long it will take to play out.

And Biden has considerable support from brain dead congressmen like Republican Senator Lindsey Graham who has called for someone to murder Putin, lamenting “Is there a Brutus in Russia?”

On his trip, Biden revealed that he expects U.S. combat troops to go to Ukraine’s assistance and he has also taken delight in denouncing Putin as a “killer,” a “thug,” a “murderous dictator” and a “man who cannot remain in power.”

In so doing, he has openly called for Putin’s removal from office, i.e. regime change, while also opening the door to an obvious false flag operation in his unwillingness to reveal when questioned by a reporter how the U.S. might respond if Russia were to use chemical weapons in Ukraine.

That he has taken those positions means that it will be impossible to restore manageable relations with Moscow post Ukraine. It is a heavy price to pay for something that is little more than posturing.

The chemical weapon issue is particularly important as President Donald Trump bombed Syria with cruise missiles in the wake of a fabricated report that Bashar al-Assad had used such weapons in an attack on Khan Shaykhun in 2017.

It turned out that the anti-regime terrorists who were occupying the city at the time had themselves staged the attack and deliberately blamed it on the Syrian government to produce an expected U.S. response.

Based on what I am seeing and hearing, I would conclude that the neoconservatives and their liberal democracy promoting friends are working hard from the inside to make something like a war with Russia happen. Note in particular that we are talking about war with shooting and deaths, not just a reincarnation or extension of the Cold War of yore.

News on April 1st, admittedly April Fools’ Day, suggests that Ukraine has staged helicopter-launched missile attacks on a fuel storage depot inside Russia, which, if true, could produce a massive escalation from the Kremlin. It would be a typical neocon maneuver to dramatically increase the level of the fighting and draw the United States into the conflict.

In addition to that, I know I am not the only one who has noticed the pace and focus of Ukrainian President Volodymyr Zelenskys’ widely promoted appeals to groups and world governments to come to his country’s aid, to include establishment of a no-fly zone.

The U.S. media is, of course, lavishly praising Zelensky, but I would bet that he has a cadre of American and possibly Israeli neoconservatives working diligently behind him to get it right, coaching him on what to say and do.

There might be U.S. government players also in on the act, to include NED (National Endowment for Democracy), CIA information specialists, State Department media consultants and observers from the National Security Council.

Indeed, there is as much a war going on over the airwaves and internet to influence thinking internationally as there is fighting taking place on the ground. One should conclude that the CIA is playing the central role in the “Russia Project” because of its ability to shield what it is doing from scrutiny.

Based on previous operations to overthrow governments in various places, one might assume that the so-called covert action approach is multi-level. It consists of media placements that are intended to sway opinion both inside and outside Russia and produce unrest, the identification and recruitment of Russian government officials when they travel overseas, and the support of dissidents both internally and externally who share a negative view of Moscow and its policies.

A major component in the approach is to obtain Western liberal support for harsh sanctions and other repressive measures against the Kremlin based on the fraudulent proposition that Putin and his associates are out to destroy “democracy” and “freedom.” Ironically, Americans are less “free” and also poorer because of the actions of their own government since 2001, not because of Vladimir Putin.

As was the case with Iraq, Afghanistan and the long list of American interventions, it is the neocons who are in front demanding a powerful military response, both to Russia and, inevitably, to Iran.

What is particularly noticeable is how the neocons and their liberal democracy promoting counterparts have in several areas dominated the foreign policies of both parties.

Kristol is, as so often, full of flag waving, chest puffing nonsense, peddling the notion that the United States has an obligation to police the world.

Another leading neocon and regular Washington Post and The Atlantic contributor Anne Applebaum puts it this way and in so doing expands the playing field to include much of the world:

“Unless democracies defend themselves together, the forces of autocracy will destroy them. I am using the word forces, in the plural, deliberately. Many American politicians would understandably prefer to focus on the long-term competition with China. But as long as Russia is ruled by Putin, then Russia is at war with us too. So are Belarus, North Korea, Venezuela, Iran, Nicaragua, Hungary, and potentially many others.”

It would be nice, for a change, to end an article on a high note, but high notes are hard to find these days. If there is anything beyond Ukraine to demonstrate the insanity of U.S. foreign policy it would have to be, inevitably, recent news out of Israel.

U.S. Secretary of State Tony Blinken was recently in Israel trying in part to sell the possibility that the Biden Administration might actually come to a non-proliferation agreement with Iran over its nuclear program. Israel strongly opposes any such move and its lobby in the U.S. led by various neocon think tanks has been working hard to kill any deal.

So, what did Blinken do? He asked Israeli Prime Minister Naftali Bennett for suggestions of what might be done in lieu of an actual agreement. Naftali reportedly suggested harsher sanctions on Iran.

Cut it any way you want, but the renewal of 2015’s Joint Comprehensive Plan of Action (JCPOA) is beneficial for both the United States and all of Iran’s neighbors, and here the U.S. senior-most representative involved in the negotiations is asking the head of a foreign government to tell him what to do. Something is very wrong in Washington.

Philip M. Giraldi, Ph.D., is Executive Director of the Council for the National Interest, a 501(c)3 tax deductible educational foundation (Federal ID Number #52-1739023) that seeks a more interests-based U.S. foreign policy in the Middle East. Website is councilforthenationalinterest.org, address is P.O. Box 2157, Purcellville VA 20134 and its email is inform@cnionline.org