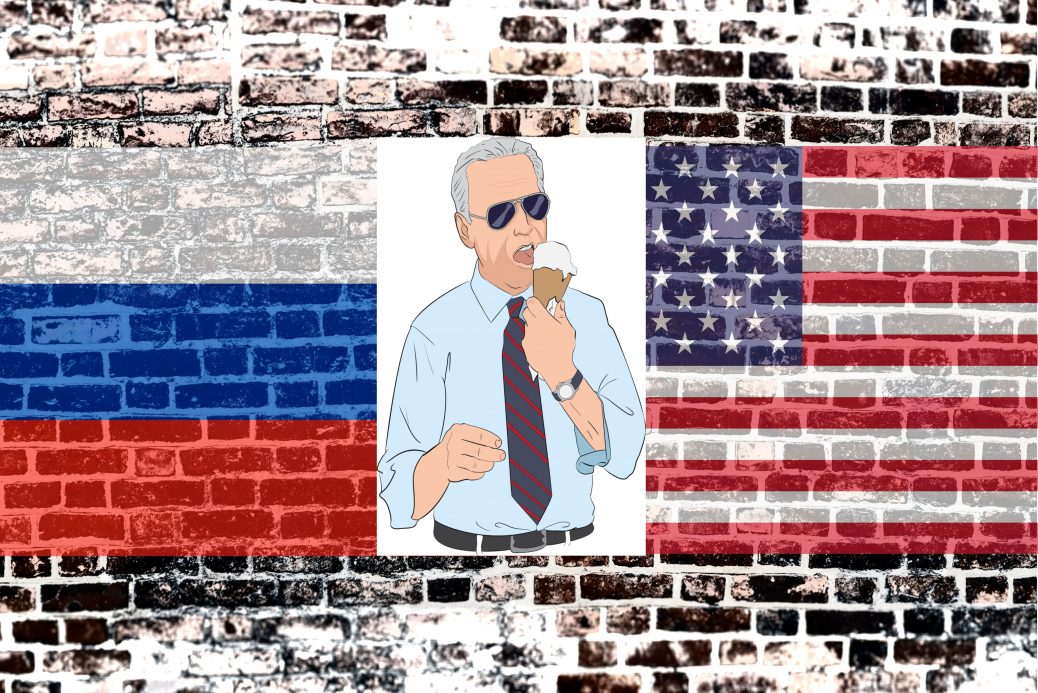 After Russia invaded Ukraine, U.S. President Joe Biden said the sanctions he imposed on Moscow were “the broadest sanctions in history,” and that “Russia will pay a serious price.”

Getting even for the broad range of U.S./NATO sanctions imposed upon them Russia, as we have reported, has begun to cut off gas and oil flows to Europe and force those who want to buy it, to pay for it in rubles.

To weather the drying up gas storm, Germany, Europe’s biggest consumer of Russian gas, is working to deal with the realities that it can be completely cut off from Moscow's supplies.

Russia has already limited the flow on Nord Stream 1 pipeline into Germany by 20 percent capacity, raising the possibility that Europe will not have a large enough stockpile before the fall and winter months. (See “WAR IN UKRAINE ECONOMIC OVERVIEW,” “RUSSIA ENDS GAS EXPORTS TO POLAND, BULGARIA. GERMANY AND ITALY ARE NEXT,” “BANNING RUSSIAN GAS IN EUROPE COULD LEAD TO INDUSTRIAL RATIONING” and “EU: LIFE WITHOUT RUSSIAN GAS IS A ‘MAXIMUM ECONOMIC WARFARE SCENARIO.”)

The EU responded to the move by announcing that it will cut gas usage by up to 15 percent over the winter.

“Other European countries, including France, will suffer as well because Russia was an important oil supplier. Economic sanctions are doing more damage to Europe than to Russia. The recession is obvious,” he said.

Moscow's decision to further cut the flow of gas on its Nord Stream 1 pipeline sent energy prices up by 14 percent, or 230 euros for a megawatt-hour.

Adding to the energy woes are current weather patterns. Spain and Portugal have been experiencing unusually low levels of rain that has hampered their hydropower output and France has been experiencing mechanical issues at nuclear plants.

There is lingering fear in Europe about just how far governments may go to deal with the energy crisis.

There’s a chance that fuel can be rationed and thousands of jobs could be at risk if companies decide to close factories.

Europe’s gas reserves are at about 65 percent full. The goal is to reach 80 percent by the beginning of November. In order for Europe to reach its storage goals for the fall and winter, countries need to save 12 billion cubic meters of gas, which The Associated Press said would fill about 120 LNG tankers.

Analysts say the EU will not be able to reach its goal of 80 percent capacity.

“There is a very big and legitimate worry about this winter,” Michael Stoppard, vice president for global gas strategy at S&P Global, told The New York Times.

The situation in Europe is about to get much worse, and cracks in the united front against Russia will begin to emerge as inflation has hit 8.9 percent for countries that use the euro. Energy costs have been seen as a main driver.

The European Commission announced that electricity wholesale prices have jumped by 411 percent in Spain and Portugal in the first quarter of the year, Euronews.com reported. They rose 343 percent in Greece and 336 percent in France in 2021.

French and German governments have moved to nationalize Électricité de France SA and Uniper SE that they have called essential to their economies, according to The Wall Street Journal. The report also said that some industrial companies have already curtailed operations.

Olaf Scholz, the German chancellor, interrupted his vacation to announce the proposal. He said Berlin will do everything necessary to make sure the country succeeds.

“We will overcome the difficult times together,” he said.

The German city of Hanover moved to ban hot water in public buildings, which means cold showers, and handwashing in these government facilities, CNN reported.

Lights on public buildings and public fountains will also be turned off.

"The goal is to reduce our energy consumption by 15 percent," he said. "This is a response to the looming gas shortage, which is a big challenge for municipalities—especially for a big city like Hanover."

However, as a result of these less consumption measures, European economies will decline as less gas and oil will mean less business... at a time when recessionary pressures are already building.