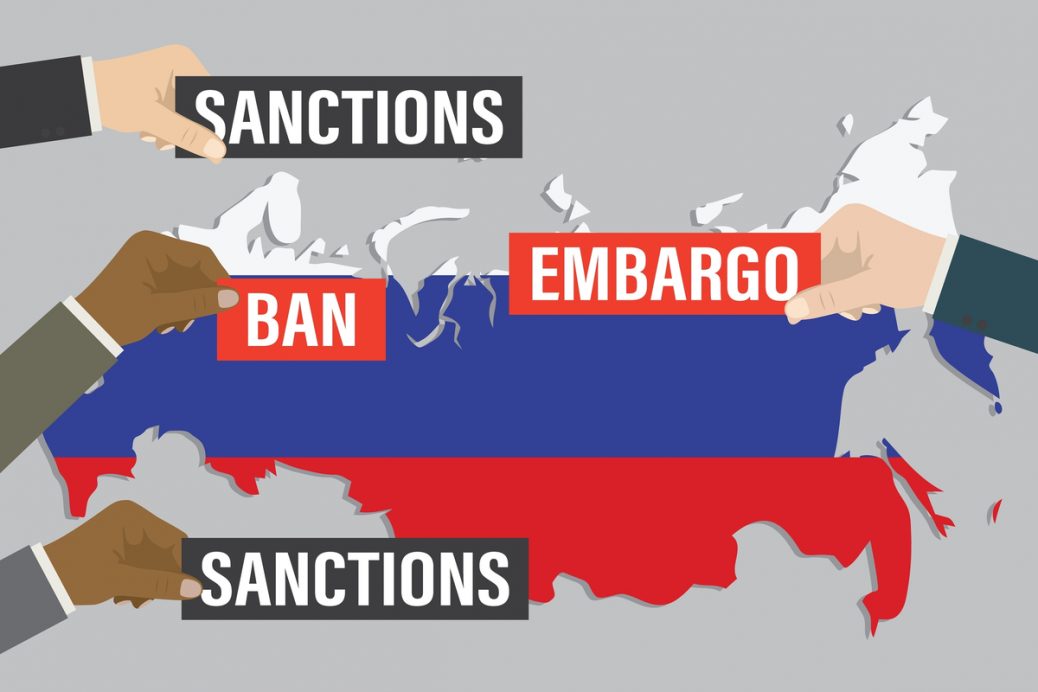 Go back to 26 February. Totally dismissing negotiating for peace and ignoring America’s long track record of launching wars across the globe that have killed millions (as has the U.S. media), President Joe Biden said there were only two options following Russia’s invasion of Ukraine: “Go to war with Russia, physical... or two make sure that a country that acts so contrary to international law pays a price for having done it.”

In response to Biden’s statement, Russian President Vladimir Putin said that any other country interfering in the advance on Ukraine would “face consequences greater than any you have faced in history.”

And last week, as inflation skyrocketed and gas prices soared, President Joe Biden warned Americans that not only will Russians pay the price for their invasion of Ukraine, so too will Americans bear the pain of his economic sanctions.

“There will be costs at home as we impose crippling sanctions in response to Putin's unprovoked war, but Americans can know this: the costs we are imposing on Putin and his cronies are far more devastating than the costs we are facing,” Biden said.

TRENDPOST: Again, totally absent in the political and media worlds is a peep about peace talks.

Instead, billions of military weapons are being poured into Ukraine by the U.S. and NATO that will kill more people and economic sanctions that are mutually assured to impose hardship on citizens of Europe and the United States. And, the Biden administration failed to find a diplomatic solution with Russia when Moscow submitted its list of demands about NATO expansion and its relationship with Ukraine. (See “WASHINGTON AND NATO: NO CONCESSIONS TO RUSSIA.”)

The White House announced a ban on Russian oil imports, joining Canada and the United Kingdom. Oil prices in the U.S. hit their highest levels since 2008. Prices reached $130 per barrel last Sunday, which we pointed out. (See “WAR IN UKRAINE ECONOMIC OVERVIEW.”)

And this past Friday, Mr. Biden declared, “Democrats didn’t cause this problem. Vladimir Putin did,” Biden said of the Russian president. “Putin’s gas tax has pushed prices higher.”

Yet, there was little or no denunciation for this moronic statement, since gas prices were rising before the Ukraine War, and Biden, by his own admission, had made a bad situation worse.

In fact, in response to Biden’s claim, Mr. Putin said, “Supplies of Russian oil, say, to [the] American market do not exceed 3 percent. This is a negligible amount. We have absolutely nothing to do with it. They just hide behind these decisions in order to deceive once again their own population.

Biden also announced Friday that the U.S. and Western countries would act to revoke Russia’s ‘most-favored nation’ trade status and he signed an executive order banning the import of Russian liquor, seafood, and non-industrial diamonds to the U.S., CNBC reported.

TREND FORECAST: Again, with not a mention of peace or the reality that Ukraine will not defeat Russia, Biden ramped up the killing machine by stating that “We’re going to make sure Ukraine has the weapons to defend themselves against an invading Russian force," he said, vowing to defend "every inch of NATO territory."

Yes, after being unable to win a single war it has started since the end of World War II, Biden’s war mongering is cheered by Congress and applauded by the mainstream media.

And we forecast Putin’s war against Ukraine will be a Russian victory. And it is pure idiocy to state that Putin “... hoped to dominate Ukraine without out a fight.” Of course he expected a fight. But the media and the mass of Americans swallow Biden bullshit, just as they have marched off to every war the U.S. has launched since the end of WWII... including getting jabbed to fight the COVID War.

The president said he is unable to do much to stop the rising gas prices that have risen 38 percent over the past year. The AAA said on Thursday that the average price of a gallon of gas reached $4.318 on Thursday.

Last year, the price of gas hovered at about $2.815 per gallon. The White House said it is considering tapping the U.S.’s strategic oil reserves to alleviate the hardships faced by many Americans.

The White House has used Putin as the economic-disaster scapegoat and called it “Putin’s price hike.” Republicans have seized on the political maneuver.

“Inflation just rose 7.9 percent—another 40-year high! First they said it was ‘transitory,’ then they blamed supply chain issues, then they claimed inflation ‘is actually a good sign.’ And now it’s Putin’s fault. When will the WH admit they are to blame for #Bidenflation?” Rep. Vern Buchanan, R-Fla., tweeted.

TRENDPOST: Readers of the Trends Journal know that we have rejected claims that inflation was "transitory" for months. (See “INFLATION RISING. NOT 'TEMPORARY' OR 'TRANSITORY.”) As long ago as 4 August 2020, we warned in our “Global Economic Trends” section that supply-chain disruptions would lead to inflation and that those disruptions would make inflation a long-term problem (“Consumer Prices Rise in July,” 18 Aug 2021).

Who Inflation Will Hurt

The costs hit low-income workers the hardest because there has been a jump in costs for basic household necessities, like food and energy, The Wall Street Journal’s editorial board wrote.

The paper said Biden is going to have a challenging time convincing the American people that Putin’s invasion caused the spike in prices since inflation hit 7.5 percent on an annual basis in January. The price of gas was also up 38 percent over the past year.

“The root cause is homegrown: Two years of historically easy monetary policy, and explosive federal spending that fed economic demand even though the economy had long ago emerged from the pandemic recession,” the paper wrote.

Harris: Pay More at the Pump

Vice President Kamala Harris said on Friday that Americans should understand that there is a “price to pay for democracy,” and they should get ready to continue shelling out money on higher gas prices to punish Russia for its invasion of Ukraine.

“You got to stand with your friends,” she said while visiting Romania. “Sometimes it is difficult. Often, it ain’t easy.”

Harris was in Bucharest and had a meeting with Romanian President Klaus Iohannis. The two talked about the Ukraine War and the U.S.’s commitment to defend NATO countries.

TRENDS POST: It should come to nobody’s surprise that NATO countries did not come to the military aid of Ukraine. Both NATO leaders and Washington never promised to defend Kyiv from a Russian onslaught.

Harris’ comments followed Biden’s decision to ban all U.S. imports of Russian energy products. The goal of Biden’s 8 March Executive Order is to “deprive Russia of billions of dollars in revenues from U.S. drivers and consumers.”

The vice president told her audience that it has been “painful to watch” the conflict in Ukraine.

Kristalina Georgieva, the managing director of the International Monetary Fund, told CBS News program "Face the Nation" on Sunday that she expects a "deep recession" in Russia due to the Western sanctions.

She said the IMF is increasingly concerned about countries like Moldova, which borders Russia and has more trade ties to Russia than other Western countries.

She said the sanctions were limiting Russia’s ability to service its debts, which meant a default was no longer viewed as “improbable,” according to Reuters.

TREND FORECAST: How will Russia fight against the sanctions being imposed upon it and the scores of businesses and financial institutions leaving the nation?

Russia has bolstered itself over a long period of time—even prior to the Ukraine War—in preparation for the assault by creating as much of a self-sufficient economy as possible, in line with our Top 2022 Trend of Self-Sufficiency.