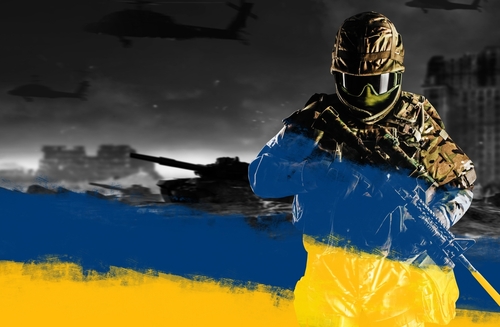 America, the only nation in the world that killed hundreds of thousands of innocent civilians with its atom bomb attacks on Japan and the poisoning of Vietnam with its agent orange, has warned Russia not to use weapons it does not approve.

President Joe Biden said in an interview that aired Sunday that Russia would “change the face of war unlike anything since WWII” if the Kremlin employs unconventional or nuclear weapons against Ukrainian fighters.

Biden, who was interviewed by CBS’s “60 Minutes,” was asked about the possibility, and he said, “Don’t. Don’t. Don’t.”

"You will change the face of war unlike anything since World War II," he said.

He said the decision is up to Russian President Vladimir Putin.

"Of course, I'm not going to tell you. It'll be consequential," he said. "They'll become more of a pariah in the world than they ever have been. And depending on the extent of what they do will determine what response would occur."

Reuters noted that the Kremlin has dismissed the Western claim that it could get so desperate in the conflict that it would turn to such weapons. The report noted that Putin said in the early days of the invasion that any country that interferes with the special military operation will face consequences “never seen in your entire history.”

He has expressed dismay over the West’s support for Kyiv and said, “[The] idea of punishing a country that has one of the largest nuclear potentials is absurd. And potentially poses a threat to the existence of humanity.”

Russia’s firepower is considered among the most advanced in the world. In April, Moscow successfully tested the launch of its new Sarmat superheavy Intercontinental Ballistic Missile that can reportedly deploy 10 or more nuclear warheads on each missile.

Putin used the launch as a warning for “external threats and provide food for thought for those who, in the heat of frenzied aggressive rhetoric, try to threaten our country,” Reuters reported. Western analysts have called the missile “Satan 2.” The design is intended to evade anti-missile systems and can reportedly hit any target on earth.

Besides the nuclear option, the Reuters report said Russia can mobilize its reserves, which number around 2 million men, “and pressuring Europe to strong-arm Ukraine into a truce with Russia, by freezing the region this winter by banning all energy exports.”

More Weapons for Ukraine to Keep Bloodying the Killing Fields

As we reported, the U.S. on Thursday announced another weapons package for Ukraine with a price tag of about $600 million, which will include more ammunition for HIMARS, 36,000 105mm artillery rounds, and other equipment such as unmanned drones.

The latest package brings the total U.S. support for Ukraine to $15.1 billion since the first bullets were fired on 24 February. AntiWar.org noted that the weapons shipment was approved by the presidential drawdown authority.

The Trends Journal has long reported on the refusal of Kyiv to negotiate to end the battle by making concessions. (See “RUSSIA WINNING WAR, U.S./UKRAINE REFUSES TO NEGOTIATE FOR PEACE,” “WEAPONS POURING INTO UKRAINE, NO TALK OF PEACE, JUST MORE AMMUNITION,” “BIDEN SAYS PUTIN MUST PAY PRICE OVER INVASION IN UKRAINE” and “ZELENSKY REJECTS PEACE PROPOSAL, SAYS UKRAINE WILL BEAT RUSSIA.”)

“With admirable grit and determination, the people of Ukraine are defending their homeland and fighting for their future,” Secretary of State Antony Blinken said in a statement. “The capabilities we are delivering are carefully calibrated to make the most difference on the battlefield and strengthen Ukraine’s hand at the negotiating table when the time is right,” he said in a statement.

NOTE TO READERS: Since 1961, the president maintains special legal authorities that enable him to direct the drawdown of defense articles and services to provide assistance in response to an international crisis. The equipment comes from stockpiles in the U.S. He does not need approval from Congress.

Doug Bush, assistant secretary of the Army for acquisition, logistics and technology, said he is working to “expand” U.S. production of HIMARS, Javelins and other weapon systems.

“Specifically, Bush said the Army was aiming to “dramatically increase” production of GMLRS and is “doubling or more than doubling” production rates for HIMARS launchers.”

So each time there is a drawdown, those weapons need to be replaced by a new shipment from our weapon manufacturers, but these companies have been stretched to capacity, and some analysts say it is evidence that the U.S. is not ready for war with China.

TRENDPOST: OccupyPeace.com held a July rally in Kingston, N.Y., that featured some of the top names in the pro-peace movement including Gerald Celente, Judge Andrew Napolitano and Scott Ritter. Despite sending out thousands of press releases over the course of three weeks, the event was not picked up by one media outlet—not even the local paper called The Daily Freeman.

In America, Peace is both a dirty word, and a banned word.

The Presstitutes that are providing the public with the government-approved propaganda are too dumb to realize the consequences of their ignorance.

The Biden administration consists of nothing more than recycled failures from the Obama administration that are in The Club, and we’re paying for it.