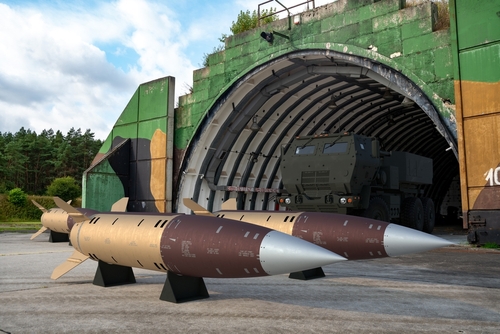 U.S. President Joe Biden is considering sending Kyiv long-range weapons that would be seen as a major escalation in the Ukraine War while the U.S. announced another $600 million in weapons for Ukraine.

Biden has resisted the call from Kyiv to provide Army Tactical Missile Systems that can reach targets deep into Russia, which could lead to a wider war. Maria Zakharova, a Russian Foreign Ministry spokeswoman, told reporters on Thursday that the weapon would be a “red line.”

“If Washington decides to supply longer-range missiles to Kyiv, then it will be crossing a red line, and will become a direct party to the conflict,” she said.

The New York Times reported that Biden has been reluctant to approve the request because he is convinced that he “has successfully signaled to Mr. Putin that he does not want a broader war with the Russians—he just wants them to get out of Ukraine.”

TRENDPOST: The Times noted that Biden has told his aides that he wants to avoid WWIII, but we have said the U.S. is already at war with the Kremlin.

Oleksiy Arestovych, an advisor to Ukrainian President Volodymyr Zelensky, said in an interview earlier in the war that his country needs more advanced rocket systems if his forces stand a chance against Russia in the eastern flank of Ukraine.

Biden has already crossed an earlier red line that was set by Russia when he approved shipments of long-range rocket systems called the Multiple Launch Rocket System, or MLRS. There are two kinds of these systems, including the M142 HIMARS, which were developed in the late 1990s. The worry is that Ukraine would fire the weapons into Russian territory.

Ukraine said the more advanced weapons would help even the playing field during the counteroffensive, and he said Kyiv’s effective use of the HIMARS is proof that they can successfully operate advanced weapons.

Unnamed U.S. officials told CNN that the U.S. is “not inclined to provide Ukrainian forces with the long-range Army Tactical Missile Systems.”

Kyiv submitted a list of weapons that it says will help its fighters continue their counteroffensive in the country’s northeast and the missile system was on the list. Ukraine also requested 2,000 more missiles for its HIMARS.

Lloyd Austin, who sat on the board of directors of Raytheon and is now the head of the Defense Department, told reporters on Friday that the U.S. was committed to giving Ukraine what it needs to counter Russia.