BIDEN SAYS PUTIN MUST PAY PRICE OVER INVASION IN UKRAINE 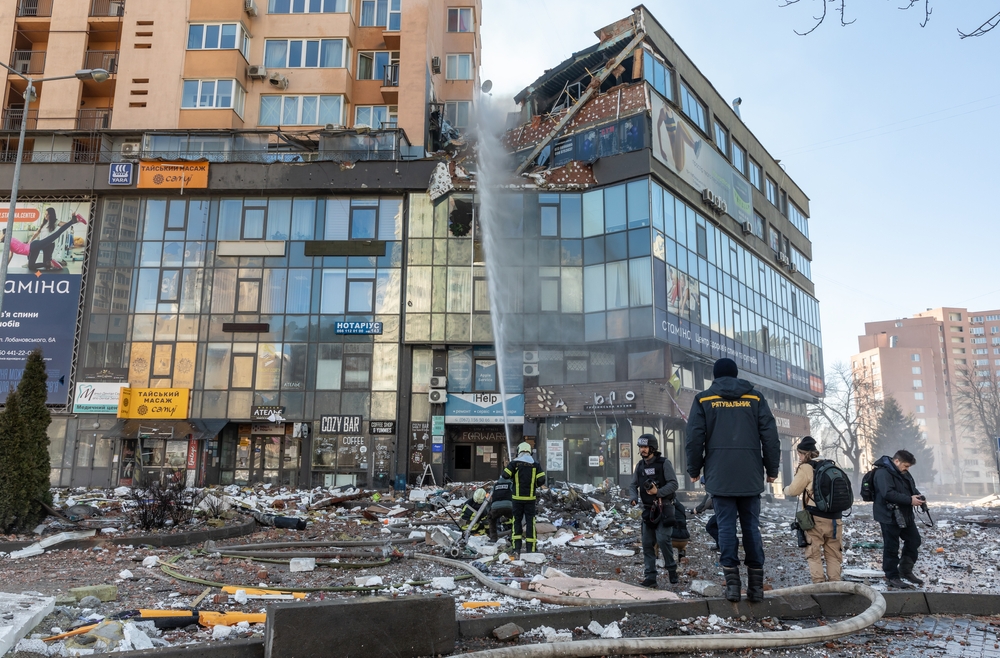 Last Tuesday, at his State of the Union address, President Biden called Russia’s invasion of Ukraine “premeditated and unprovoked” and said he must pay a price for his actions.

“Throughout our history, we’ve learned this lesson—when dictators do not pay a price for their aggression, they cause more chaos,” while claiming Russian President Vladimir Putin rejected the West's try at diplomacy.

Absent the President’s speech was the fact that Mr. Putin had stated that it was the United States and NATO that refused to negotiate so as to de-escalate tensions. Among Russia’s key concerns, as we have been detailing in the Trends Journal, was to halt NATO expansion, Ukraine would not be permitted to join NATO, Ukraine’s acceptance of the Minsk agreement which permitted the breakaway Donetsk and Luhansk their autonomy... and the removal of U.S. nuclear weapons, troops and missiles in other country’s bases near Russia.

However, the U.S. and its NATO partners have refused to negotiate with Russia to remedy their core concerns and U.S. Secretary of State, Antony Blinken, flatly denied Moscow’s key security demands prior to the invasion.

In response to the refusal to negotiate, President Putin said, “We did not see adequate consideration of our three key demands regarding the prevention of NATO expansion, the refusal to deploy strike facilities near Russia's borders, and the return of the block's military infrastructure in Europe to the state in 1997.”

And, Sergey Lavrov, the Russian foreign minister, has called on U.S. nuclear weapons across Europe to be returned to American soil since the start of the conflict. He said it is unacceptable for these weapons to remain in place and are a “contradiction to the basic points of the Nonproliferation Treaty.”

TRENDPOST: The Trends Journal reported extensively on the diplomatic failures of the West leading up to the world being on the brink of WWIII. (See “KREMLIN BLAMES UKRAINE FOR STOKING TENSIONS AT BORDER,” “UKRAINE WAR BUILDUP: COMEDY SHOW ON PARADE,” “U.S. CONTINUES TO RAMP UP COLD WAR 2 RHETORIC,” and “PUTIN ACCUSES U.S. OF TRYING TO PULL RUSSIA INTO CONFLICT.”)

Biden claimed that Russia was met by a united front in the world community. The United Nations held a vote and 141 of the 193 member states voted for a resolution calling for the immediate withdrawal of Russian forces. India and China abstained from the vote and Russia, Belarus, North Korea, and Eritrea voted against the resolution.

“Six days ago, Russia’s Vladimir Putin sought to shake the very foundations of the free world, thinking he could make it bend to his menacing ways,” Biden said at his SOTU. “But he badly miscalculated. He thought he could roll into Ukraine and the world would roll over. Instead, he met with a wall of strength he could never have anticipated, or imagined. He met the Ukrainian people.”

What Biden did not mention, was that other countries representing nearly half the world's population abstained from voting against the measure.

While Mr. Biden said he would not send U.S. troops into Ukraine to fight, there were “mobilized” ground forces in NATO countries to counter Russia.

“As I’ve made crystal clear,” he said, “the United States and our allies will defend every inch of territory, that is NATO territory, with the full force of our collective power.”

Over the past year, the U.S. has sent $1 billion in military armaments to Ukraine, and another $350 million in weapons and armor for Kyiv after the Russian invasion.

Also, U.S. Secretary of State Antony Blinken is working with Poland to send fighter jets to Ukraine. "That gets the green light,” said Blinken. “In fact, we're talking with our Polish friends right now about what we might be able to backfill their needs if in fact they choose to provide these fighter jets to the Ukrainians. What can we do? How can we help to make sure that they get something to backfill the planes that they're handing over to the Ukrainians?"

Sergey Lavrov, the Russian foreign minister, warned Western countries against providing weapons and mercenaries to Ukrainian forces and said the move would lead to a “global collapse”... and would be a “catastrophic development.”

TREND FORECAST: Ramping up the prospects for instigating a NATO war against Russia—since the Kremlin may take military action should Poland send in jets and other nations send troops and/or armaments into Ukraine—yesterday, Secretary of State Anthony Blinken said the U.S. will defend Baltic and eastern European nations if they are attacked by Russia.

As we have forecast, WWIII has begun.

TRENDPOST: Tracking trends is an understanding of “where we are and how we got here to see where we are going.

On the Ukraine War front, the “how we got here” has been whitewashed from history. Not a word is mentioned of the United States 2014 coup of the democratically elected President, Victor Yanukovych and the role Victoria Nuland, currently America’s Under Secretary of State for Political Affairs, played in the overthrow of its government in 2014.

Indeed, in early February 2014, a recording was leaked of Assistant Secretary of State for European Affairs, Victoria Nuland, telling Geoffrey Pyatt, the U.S. Ambassador to Ukraine, that the UN was on board to “help glue” the plan to replace Ukrainian President Victor Yanukovych with Arxeniy Yatsenyuk.

“Yats is the guy,” Nuland informed Pyatt, urging her to move quickly because “the Russians will be working behind the scenes to torpedo” the deal. “F#&* the EU!” Nuland told Pyatt.