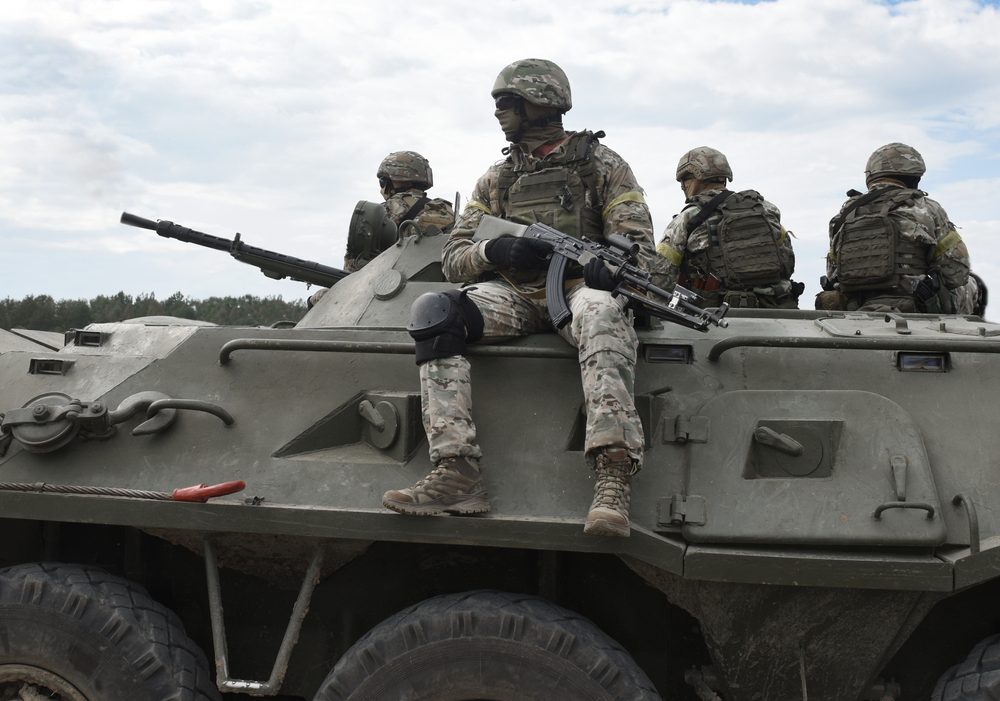 President Joe Biden said last week during a visit to Israel that Russia’s invasion of Ukraine must be a “strategic failure” for his counterpart Vladimir Putin.

“Putin’s assault on Ukraine is a challenge to the peace and stability everywhere in the world,” Biden said last week after a meeting with Yair Lapid, the Israeli Prime Minister and that “Putin’s war must be a strategic failure.”

Biden also vowed that the U.S. will continue to support Ukraine militarily and financially and that other countries also need to stay committed to sending money and munitions to Kyiv to beat the Russians.

TRENDPOST: The Trends Journal has been reporting on the tight rope that Israel has been trying to walk when it comes to the Russian invasion of Ukraine. Tel Aviv has a good relationship with Moscow, but its main ally is the U.S.

Israel called the invasion a “serious violation of international order” at the beginning of the conflict and has been reluctant to say more because it wants to be able to continue to carry out its bombings in Syria.

The Times also reported on how Ukraine has been a touchy subject between Tel Aviv and Washington. Israel has sent humanitarian aid to Ukraine and voted to suspend Russia from the UN’s Human Rights Council, but it has not sent weapons or “enforced formal sanctions on Russian oligarchs,” the paper said.

Biden’s latest remark has been a consistent message from his administration. Secretary of Defense Lloyd Austin said in April that the U.S. hoped to see Russia “weakened” as a military power after the conflict. U.S. Secretary of State Antony Blinken said last month that “Russia has already lost."

While Biden was visiting Israel and Saudi Arabia, it was revealed that a Russian delegation has visited Iran because Moscow is in the market for weaponized drones. A senior Biden administration official said Moscow's attempt to acquire these drones shows that Russia is "effectively making a bet on Iran," NPR reported.

"These sort of claims parallel with Biden's visit to occupied Palestine, or Israel, are in the direction of political intentions and purposes," Amirabdollahian reportedly said. "We oppose any move that could lead to continuation and intensifying conflicts."

TRENDPOST: The latest comments from Biden about Russia eventually losing the war in Ukraine is more bark than bite, considering Russia now controls over 20 percent of Ukraine since the War began on 24 February and the Ukrainian military is suffering severe losses of men and equipment.

And, this is the same Joe Biden who, on 26 March, during a speech in Warsaw, called for Putin’s ouster, saying, “For God’s sake, this man cannot remain in power.”

The White House press team panicked and quickly said Biden’s point was that Putin “cannot be allowed to exercise power over his neighbors or the region.” Biden later wrote an editorial in The New York Times that reiterated his stance that the U.S. will not attempt a regime change.

French President Emmanuel Macron, who has been critical of Russia but kept communication lines open with the Kremlin, said Putin should not be embarrassed on the battlefield, because all bets would be off about how Russia would respond, a view that is clouded by Washington and the U.S. media.