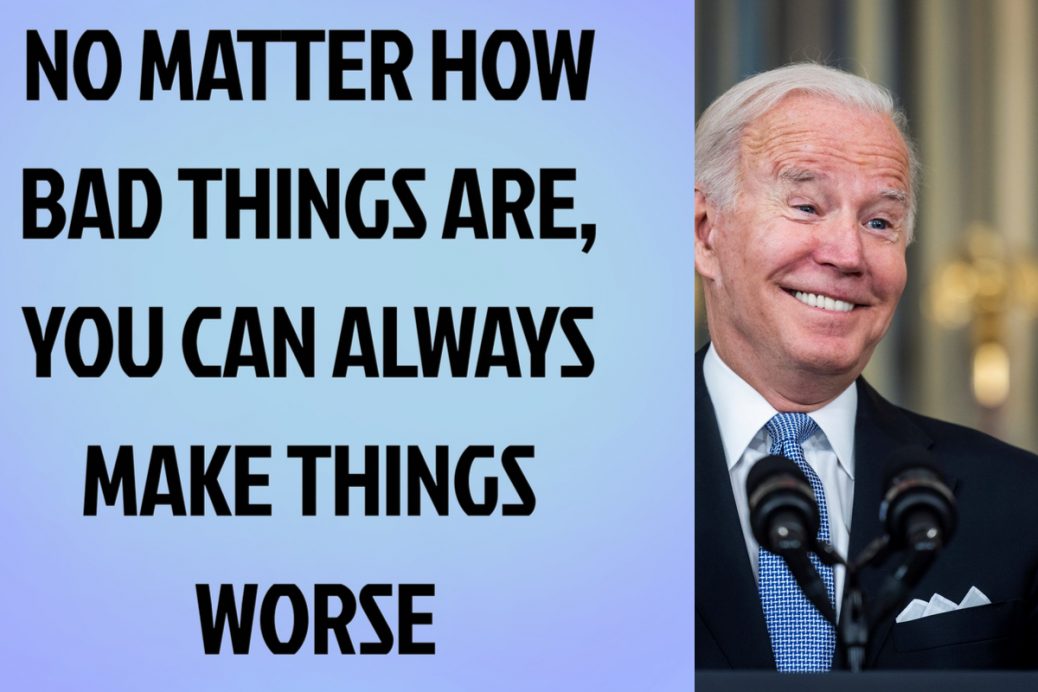 President Joe Biden on Thursday said the U.S. will continue its historic armament of Ukraine during Kyiv's bloody war with Russia and will send another $800 million in military aid to Kyiv before requesting more money from Congress.

Biden said the new package will include heavy artillery weapons, dozens of howitzers, 144,000 rounds of ammunition, and tactical drones.

“In the past two months, we have moved weapons and equipment to Ukraine at record speed. The United States alone has provided 10 anti-armor systems for every one Russian tank that is in Ukraine,” he said.

Biden has sent $3.4 billion in less than two months to Ukraine. He also announced that he will send a supplemental budget request to Congress to get the funding for the weapons. He also plans to spend $500 million more in direct economic aid to Ukraine and accept more refugees.

Congress is expected to grant any request from the president if it means supporting Ukrainian forces.

“The steady supply of weapons” essentially ensured that Russian President Vladimir Putin “failed in his initial war aims to conquer and control Ukraine. We cannot rest now,” he said.

Earlier this month, Russia urged the U.S. and NATO allies to stop sending weapons to Ukraine or face the threat of escalating the conflict. The Washington Post reported that it obtained a formal diplomatic note from the Kremlin to Washington.

“We call on the United States and its allies to stop the irresponsible militarization of Ukraine, which implies unpredictable consequences for regional and international security,” the note read.

Once again, the U.S. refused to make any concession to Russia. Ned Price, the spokesman for the U.S. State Department, acknowledged that the Russians spoke privately on the issue, but “nothing will dissuade us from the strategy that we’ve embarked on.”

Price did his best to keep up with the Biden administration’s bellicose language directed at Russia, and said if Moscow is concerned that the White House is “providing billions of dollars worth of security assistance to our Ukrainian partners…then we’re guilty as charged.

John Kirby, the Pentagon spokesman, said Kyiv is receiving about eight to 10 cargo flights of weapons per day.

"That stuff isn't sitting around," he said.

TREND FORECAST: Joe Biden’s comment that “The steady supply of weapons” essentially ensured that Russian President Vladimir Putin “failed in his initial war aims to conquer and control Ukraine. We cannot rest now,” is murderous, idiotic lunacy that goes unchallenged by the Western media or across the political landscape.

Russia has captured dozens of cities and will continue to do so. And the more weapons that are sent to Ukraine, the greater the amount of death and destruction will ensue before they lose the war to Russia and must surrender.

TRENDPOST: The Wall Street Journal on Friday pointed out that the U.S. plans to provide weapons it once considered were “too risky” to provide to Kyiv, which the paper said shows how “the line between offensive and defensive assistance recently has blurred.”

Defensive weapons were seen as equipment that would help Kyiv thwart the Russian invasion of the country, but as time goes on, the definition of what qualifies as defensive gets murkier. The paper, citing U.S. officials, reported that any weapon that does not have the capability for striking Russia would be considered defensive.

William Taylor, the vice president for Russia and Europe at the U.S. Institute of Peace, said the war has hit the point where there is no distinction between offensive and defensive weapons and the fight, which has turned to the eastern part of the country, will require longer-range weapons.

The West seems willing to accommodate Ukraine and agreed to send howitzers, anti aircraft systems, and tanks to the region. We have also pointed out that Russia has warned the U.S. of "unpredictable consequences" if it continued to provide Ukraine with advanced weapons systems.

Germany has been one of the few countries to express trepidation with providing Ukraine with every weapon it requests and said recently that providing Kyiv with its Marder infantry-fighting vehicles, which the Times called one of the world’s best armored vehicles, could be seen by Russia as Berlin and NATO as “parties to the war.”

The paper wrote that some countries like France have been vague with what they provided as not to "goad the Russian bear."