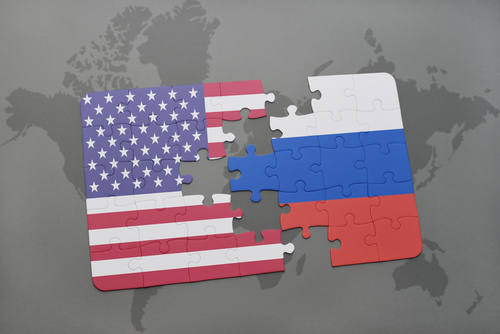 U.S. President Joe Biden agreed “in principle” to meet with his Russian counterpart Vladimir Putin as Western leaders insist that Moscow could invade Ukraine at any time.

The meeting between the two leaders would occur after another round of talks between Secretary of State Antony Blinken and his counterpart Sergey Lavrov. There has been a diplomatic logjam because both countries have said certain demands are non-negotiable.

Russia does not want Ukraine to become a full member of NATO and wants Western militaries to stop their encroachment.

Russia has given Blinken its lists of demands, and the U.S. has said that it will not allow Moscow to determine what countries are allowed to join the Alliance, even though we have reported that Brussels wants Kyiv to become a member about as much as it wants Pyongyang to apply. (See “WASHINGTON AND NATO: NO CONCESSIONS TO RUSSIA.”)

AntiWar.com reported that the Russians said the U.S. did not offer a “constructive response” because Washington did not address Moscow’s chief concerns.

“We state that the American side did not give a constructive response to the basic elements of the draft treaty with the United States prepared by the Russian side on security guarantees,” a statement on the Russian Foreign Ministry's website read. The statement continued, “We insist on withdrawal of all US armed forces and weapons, deployed in Central Eastern, Southeastern Europe, and the Baltics. We are certain that national potentials in these areas are quite enough."

TRENDPOST: Russia has insisted that it has no plans of invading, but President Biden has suggested that a confrontation is all but certain. (See “PUTIN PUTS PRESSURE ON UKRAINE,” “KREMLIN BLAMES UKRAINE FOR STOKING TENSIONS AT BORDER” and “U.S. CONTINUES TO RAMP UP COLD WAR 2 RHETORIC.”)

Yet the EU keeps grandstanding that despite Russia’s insistence that they do not want NATO military forces and armaments in neighboring Ukraine, just last week, Jens Stoltenberg, the secretary-general of NATO who on more than one occasion pointed out that Ukraine is not a full member, struck a confrontational tone at a security conference in Munich.

(It is worth mentioning that Stoltenberg has been dividing his time between dealing with Ukraine while making sure his own resume is polished since he is likely to be the next head of Norway’s central bank. He is expected to step down as head of NATO later this year.)

France, Germany, and the U.K. do not want to get into a war with Russia over Kyiv, which is tarnished by corruption and a dysfunctional government. (See “POROSHENKO’S RETURN TO UKRAINE: FIRST CLASS FREAK SHOW.”)

Jen Psaki, the White House press secretary, told reporters on Sunday that the meeting hinges on whether or not Moscow decides to invade Ukraine.

The Biden administration has said that an invasion can come at any time and about 190,000 Russian troops are positioned near the border.

CNBC reported that Biden canceled a scheduled trip to his home in Delaware and held a two-hour-long National Security Council meeting at the White House.

The report said French President Emmanuel Macron has emerged as a key diplomat and was in touch with several world leaders this weekend alone about the matter, including British Prime Minister Boris Johnson, Putin and Ukrainian President Volodymyr Zelensky.

The U.S. and U.K. have been vocal in their assessment that an invasion is almost certain. Jake Sullivan, Biden’s national security adviser, told reporters earlier this month that the invasion could very well begin while much of the world is focused on the Winter Games in Beijing. But the Olympics have since ended, and no invasion.

Putin has blamed the Biden administration for trying to drag Russia into a war because of Washington’s refusal to negotiate on key security demands.

“Let’s imagine Ukraine [becomes] a NATO member and starts these military operations. Are we supposed to go to war with the NATO bloc? Has anyone given that any thought? Apparently not,” Putin said. (See “PUTIN ACCUSES U.S. OF TRYING TO PULL RUSSIA INTO CONFLICT” and “RUSSIA: U.S. SPREADING ‘LARGE-SCALE DISINFORMATION CAMPAIGN’ TO DIVERT ATTENTION FROM THEIR ‘OWN AGGRESSIVE ACTIONS.”)

In response to the constant U.S. ramping up of the narrative that Russia’s invasion is “imminent”—which, as we have detailed they have been claiming since 2014, (See “COWARDS AND FOOLS,” 28 Jul 2015), the Kremlin accused Western countries of producing an “unprecedented” campaign to attempt to “convince the world community” that Russia is planning an invasion of Ukraine, which has become the daily news.

TRENDPOST: However, not a peep from the Presstitutes about the Kremlin’s claim that tension in Ukraine has been increasing because Kyiv deployed some 125,000 troops and heavy artillery in the war-torn-disputed Donbass region.

TRENDPOST: Totally unreported by the Presstitute media is Washington’s breach of the Gorbachev/Reagan agreement that ended the Cold War, whereby the U.S. vowed not to expand NATO.

The Trends Journal reported in 2016 that "forward positions in Ukraine, Georgia and the Baltic States are hundreds of miles further east than the Oder-Neisse border between Germany and Poland, where U.S. President George Herbert Walker Bush solemnly promised Soviet and Russian leaders Mikhail Gorbachev and Boris Yeltsin that NATO would halt its expansion more than a quarter-century ago.”

The trend, clearly, is pushing toward mounting Russia/NATO tensions. (See “WHAT THE ANTI-RUSSIA RHETORIC MEANS,” 28 Mar 2016).

TRENDPOST: As NATO’s first secretary general put it, NATO was formed in order to keep the Russians out of Western Europe and the Americans in. Instead of disbanding NATO when the Soviet Union collapsed in 1991, Washington dramatically expanded NATO.