BERKSHIRE BILLIONAIRE WHO MADE A FORTUNE INVESTING IN COMPANIES THAT CONTRIBUTED TO U.S. OBESITY EPIDEMIC ‘APPALLED’ BY THOSE WHO REFUSE COVID JAB 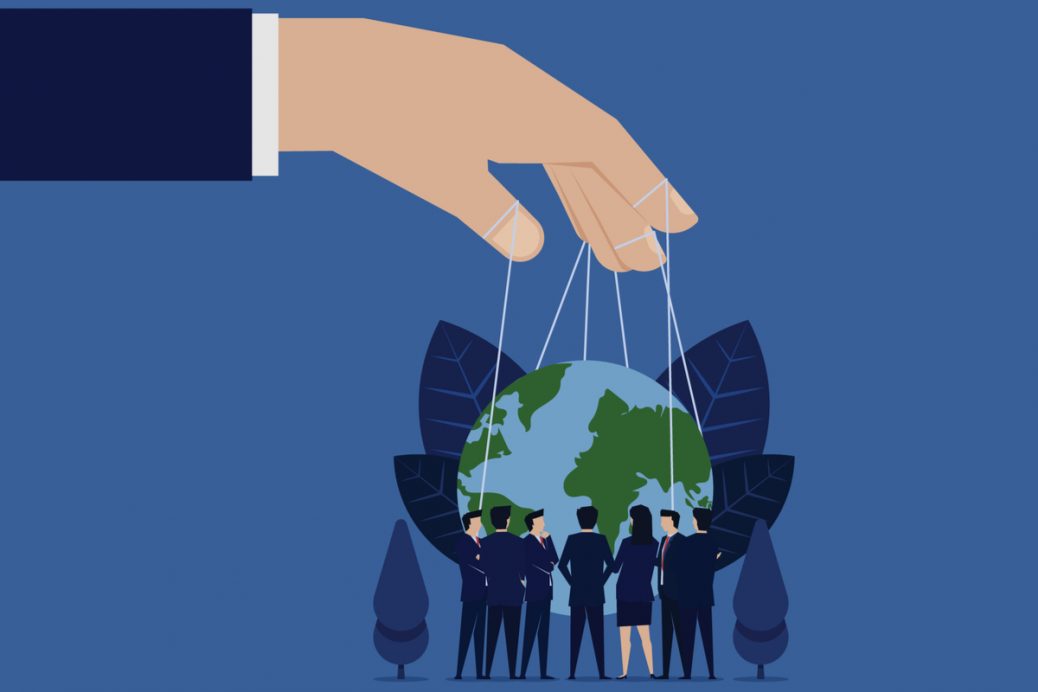 Charlie Munger, the billionaire vice-chairman of Warren Buffett’s Berkshire Hathaway, said in an interview last week that he was “appalled” at the number of Americans who refused to roll their sleeves up for a COVID-19 vaccine.

“We probably have 30 percent of the people in the country that think vaccination is evil and [are] coming after them like the hobgoblins. It's not good that there's that much ignorance left.”

Munger, who is worth an estimated $2.4 billion and got rich by buying enormous stakes in Dairy Queen and Coca-Cola—leading to the country’s obesity epidemic, imagined a world where he was in charge, and said he would force the vaccine on the public.

Buffett, his boss, faced criticism at a conference in 2015 about his massive investments in companies like Heinz and Coca-Cola, which are famous for the generous amount of sugar in their products amid the country's obesity epidemic.

Forbes reported that Buffett tried to brush off the criticism and said his own diet is widely known to be unhealthy and observed that, “I don’t see smiles on the faces of people at Whole Foods.”

“If I were running the world, of course it would be mandatory,” for people to get vaccinated, Munger said. Recalling the time he served in the Army during WW2, he told Yahoo News, "They just vaccinated me." "It didn't hurt me or anybody else in that world. We all just submitted to whatever the government told us to submit to. And it was no big deal. I don't like big chunks of the country going crazy. And I would argue the anti-vaxxers are somewhat crazy.”

About 64 percent of the U.S. population is considered to be fully vaccinated—with two shots of the Pfizer or Moderna vaccines or one dose of Johnson & Johnson. The vaccination rate is slowing since the beginning of the Delta and Omicron outbreaks. (See “YOU ARE WRONG IF YOU BELIEVE ALL VACCINES ARE SAFE AND EFFECTIVE.”)

A Pew Research Poll released on 9 February found that the country is divided evenly when asked whether or not health officials have been clear with their messaging during the outbreak. Democrats are far more likely than Republicans to have received the jab (90 percent vs. 64 percent), according to the study.

A majority of Americans (58 percent) favor requiring proof of COVID-19 vaccination for air travel. By relatively narrow margins, more favor vaccine requirements to go to a sporting event or concert (53 percent to 46 percent) and to attend public colleges and universities in person (52 percent to 47 percent).

Two-in-ten U.S. adults say they have not received a vaccine for COVID-19. These estimates generally align with other national public opinion surveys, including those conducted by the Kaiser Family Foundation.

The CDC admitted that there is a heart-inflammation risk with taking both the Moderna and Pfizer jabs, but insist that there is a great risk for those who don’t take the vaccine and come down with the virus.

The British Medical Journal, which was founded in 1840, has been critical of the amount of data on the vaccines that have been released to the public.

“Big pharma is the least trusted industry,” current and former staffers wrote. “At least three of the many companies making COVID-19 vaccines have past criminal and civil settlements costing them billions of dollars. One pleaded guilty to fraud. Other companies have no pre-covid track record. Now the COVID pandemic has minted many new pharma billionaires, and vaccine manufacturers have reported tens of billions in revenue.” (See “VAX MINTS NEW BILLIONAIRES.”)

Not all of those investments are private funds. BioNTech, for example, received the equivalent of $397 million from the German government to put toward the development of a vaccine. In return, the company is supplying it to low-income countries at cost. Nevertheless, BioNTech reported a net profit of $1.3 billion for the first three months of 2021.

TRENDPOST: The arrogance of the ruling billionaire class is verbally illustrated by Munger who said, “If I were running the world, of course it [the COVID Jab] would be mandatory.”

Not if “I was President.”

Not if “I was Prime Minister.”

No! If I was running the world I would tell every human being what they should inject into their bodies. Thus, rather than challenging the psychotic “billionaire” for making such a dictatorial statement, the Presstitutes applaud him.

To illustrate his belief of no freedom and taking full control over We the People of Slavelandia, Munger goes on to say, “We all just submitted to whatever the government told us to submit to. And it was no big deal.”

Bend over, take it up the ass? Do what you are told by “whatever the government told us?”

What government? Political boys and girls that get campaign contributions —bribes and payoffs from billionaires and the “Bigs” like Munger, Soros, etc.—who pay them off to tell us what to do.

And illustrating his ignorance, the mRNA Operation Warp Speed Gene Therapy Jab, is not a World War II era vaccine, thus calling people “crazy” because they won’t take the inoculation—the first ever injected into a human body—is Munger “crazy.”