BEAT THE ELITE: TRENDS IN PREPAREDNESS 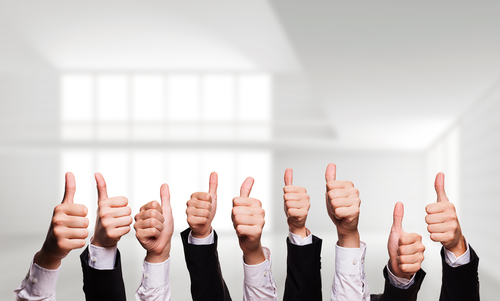 One citizen, one vote?

Political expression and influence is far more complicated than that, as everyone knows.

The money-fueled political influence exerted not only by explicit advocacy organizations, but by everyday businesses that now regularly stake positions on practically every policy, has become endemic.

2nd Vote, now ten years in the making, saw the trend and did something about it.

The organization gives people information and tools to gauge where companies rate in terms of their political leanings and activities.

Armed with that knowledge, citizens can effectively exert their own political influence by choosing to patronize companies that align with their values, and avoiding (as much as possible) companies that don’t.

2nd Vote has its own political objectives, of course.  They are aligned with an originalist interpretation of the Constitution, including strongly supporting the Bill Of Rights.

The organization has a strong ethos for supporting local and American made businesses and products whenever possible:

“2ndVote we always advocate for the three pillars of shopping your values; shop local whenever possible, shop the highest 2ndVote score whenever possible, and shop American whenever possible. American production has been outsourced overseas for the sake of labor costs, sometimes even using slave labor, for far too long. It is high time that we as Americans demand that the goods and services we purchase are made by Americans, for Americans, in AMERICA!”

2nd Vote rates companies based on a scoring scale of 1 to 5, with 5 representing a score that most closely aligns with pro freedom, pro Bill Of Rights, and pro-American made criteria.

“2ndVote provides a simple score ranging from 1 to 5 on each company, making it easy for consumers to quickly decide if their own values match a company’s socio-political advocacy, policies and philanthropic engagements. If your values were to align entirely with the 2ndVote values, you would ideally choose a company with a score closest to 5.”

2nd Vote rates hundreds of companies, including almost every household name, and their website has search features that make it quick and easy to see how companies rate.

After comparing companies, anyone can cast a “second vote” with their pocket book, by supporting ones that better align with their values.

There are significant differences in many retailers that might not be apparent to average consumers, that are quickly revealed using 2nd Vote as a resource.

The organization offers a detailed drill down into every company, based on where it stands and its activities regarding major issue areas including Basic Freedoms, Education, a Civil-Safe Society, 2nd Amendment rights, Environmental Issues, etc. Accessing that granular information requires becoming a supporting subscriber to the site.

The website functionality deserves an A rating. If it included links to all company websites, and featured a phone-friendly app, it would’ve earned an A+.

But overall, 2nd Vote has done the research homework, making it easy for people to do more than just visit a polling place every so often (as important as that is).

The modern democratic process is an everyday and every dollar engagement, and recognizing that is important to taking back some of the power that politicized businesses and corporations continue to grow bolder in usurping.

And for related articles, see: