BE AFRAID! DOUBLE WHAMMY COMING: GET THE JABS 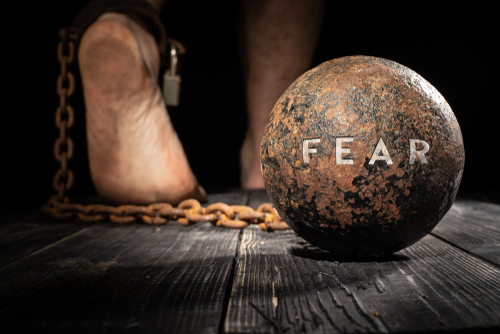 Another week, another issue to be worried about.

The Presstitute’s favored “health experts” continue the effort to promote fear and hysteria in the U.S., warning Friday that the country should prepare to deal with COVID-19 and a dangerous flu season because so many Americans have been working from home, according to a report.

These officials warned that hospitals may be struggling to deal with COVID patients, so Americans should be sure to not only take the COVID jab, but double down and take the flu vaccine. The flu season is expected to hit the country earlier this year because individuals have no immune defenses—since they have been working from home, The Wall Street Journal reported.

“There’s not many hospital beds, so (there’s) even more reason to get vaccinated against the flu this year,” Dr. Anne Zink, Alaska’s chief medical officer said during a call with reporters.

Yet, today, The Atlantic, reported that “A new study suggests that almost half of those hospitalized with COVID-19 have mild or asymptomatic cases.”

Ignoring such facts, William Schaffner, a professor of preventive medicine at Vanderbilt University School of Medicine, told the paper that “The worst-case scenario is a real twindemic.”

Is it the Flu or COVID?

The report pointed to a February article in Summit News that quoted Knut Wittkowski, who earned a doctorate in both computer science and biometry:

“Influenza has been re-named COVID-19 in large part. According to the CDC, the cumulative positive influenza test rate from late September into the week of 19 December was just 0.2 percent compared to 8.7 percent from a year before….There may be quite a number of influenza cases included in the ‘presumed COVID-19’ category of people who have COVID-19 symptoms (which Influenza symptoms can be mistaken for), but are not tested for SARS RNA.”

TREND FORECAST: As we had long forecast since the COVID War began, there would be a nation divided between vaxxed and un-vaxed. Indeed, a just released A Scott Rasmussen national survey found that 56 percent of the Democrats—President Biden’s party—consider the unvaccinated a serious threat.

They note that that’s a higher level of concern than Democrats express about the Taliban (44% see it as a serious threat); China (44%), or Russia (37%).

Thus, there we maintain our forecasts for strong anti-establishment, anti-vax, anti-tax movements.