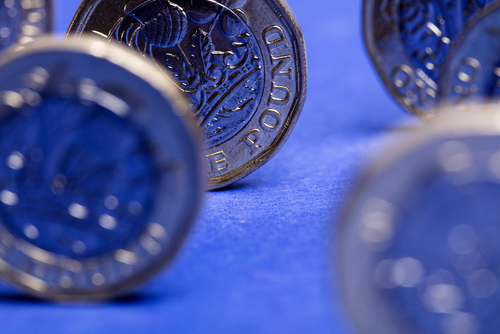 The Bank of England (BoE) raised its key interest rate to the pre-COVID level of 0.75 percent on 17 March, its third rate boost in as many policy meetings and the day after the U.S. Federal Reserve raised its base rate for the first time in almost four years.

The rate had been at 0.1 percent from March 2020 until last December.

Inflation will push higher as a result of the Ukraine war, the loss of Russian exports, and sanctions Western allies have put on Russian goods, the BoE warned.

Also, the U.K.’s unemployment rate has fallen to 3.9 percent, a two-year low, another potential driver of inflation as more households have more money to spend.

Additional interest rate increases in the future “may be appropriate,” the bank noted.

In January, the nation’s annual inflation rate reached 5.5 percent, its worst in 30 years. Price rises had been forecast to peak next month at 7.25 percent but now may reach as high as 8 percent in the second quarter, according to the bank.

“The global economy outlook has deteriorated significantly following Russia’s invasion of Ukraine and the associated increase in the prices of energy…raw materials… and other commodity prices including food," the committee’s statement said.

“Global inflationary pressures will strengthen considerably further over coming months, while growth in economies that are net energy importers, including the United Kingdom, is likely to slow," it added.

“The economy has recently been subjected to a succession of very large shocks,” the bank’s statement noted. “Russia’s invasion of Ukraine has been another such shock.”

If energy and commodity prices continue to accelerate or remain high, the economy will weaken and “this is something monetary policy is unable to prevent,” the BoE pointed out.

“The role of monetary policy is to ensure, as this economic adjustment occurs, it does so consistent with achieving the 2-percent inflation target,” it said.

Britain’s bank “is being more cautious than the Fed,” analysts at ING bank wrote in a note to clients. “That is a reminder that the U.K., like Europe, is an energy importer and more susceptible to events in Ukraine.”

Before the Ukraine war, the U.K.’s economy already was under strain from higher energy costs, zooming commodity prices, and lagging wages (see related story in this issue).

The government also plans to raise taxes next month but now is being pressured not to.

In February, the BoE projected that inflation would shrink households’ purchasing power by 2 percent this year, the sharpest drop since at least 1990.

That gap is “now likely to become materially larger,” the bank warned.

The British pound sank 0.4 percent against the dollar on news of the latest rate increase. The U.K. FTSE stock index rose 0.33 percent.

Futures traders have priced in a base rate above 2 percent before 2023, Business Insider reported.

The rising interest rate will increase household borrowing costs on top of a planned tax hike and the lifting of the energy price ceiling, both due next month.

Like virtually all central banks, the BoE will attempt to focus on taming inflation, even if that means weakening the post-COVID economic recovery. However, should economic growth rapidly decline, there will be strong pressure not to raise interest rates sharply.