BALTIC STATES TALK TOUGH WHEN IT COMES TO DEFEATING PUTIN 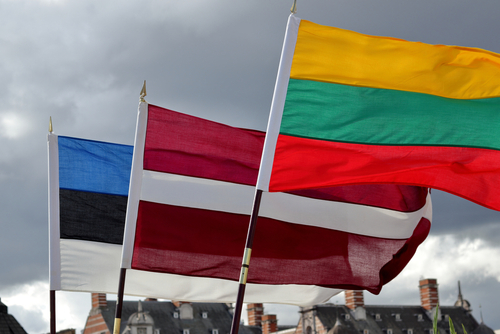 Leaders from Latvia and Lithuania increased their tough talk against Russia last week when they urged Western countries struggling under record levels of inflation to remain focused on the task of defeating Russian President Vladimir Putin in Ukraine.

“Our goal must be for Putin to lose the war,” Krišjânis Karinš, the prime minister of Latvia, told The Financial Times. “Yes it is going to take some time, it is worth it. It is worth paying the costs in terms of energy. In the West, we pay with our wallets. The Ukrainians are paying with their lives."

TRENDPOST: The Trends Journal has been opposed to the Russian invasion but, as Gerald Celente said, the magazine is also opposed to the war, but not to reality. Karinš is not the first politician to talk about "defeating" Putin, but it seems that nobody can explain what that means exactly.

Does it mean a retreat out of Ukraine? A coup at the Kremlin? Does it even matter if it plays well to the anti-Russian audience? Putin, the leader of one of the most deadly militaries in the world, will not allow his troops to "be defeated" by a fourth-rate military in Ukraine.

Karinš made the comment during the conference with the newspaper while joined with his Lithuanian counterpart Ingrida Šimonyté. Unsurprisingly, she shared the same assessment, and then assigned blame to Moscow for surging inflation in Europe.

She took a swipe at French President Emmanuel Macron for saying that Russia should not be humiliated on the battlefield. (See “PUTIN WARNS WEST TO STOP SENDING DEADLY WEAPONS TO UKRAINE.”)

Macron has been one of the few Western leaders still in contact with Moscow after the invasion began. He said in an interview last week, “We must not humiliate Russia so that the day when the fighting stops we can build an exit ramp through diplomatic means. I am convinced that it is France's role to be a mediating power.”

Šimonyté said at the conference that she finds it puzzling that some politicians are “thinking about [saving] the face of Putin, as if he had one.”

TRENDPOST: Ever since the Ukraine invasion, some of the weakest countries have had the biggest mouths about how they, by uniting, could defeat Russia.

Kyiv would have been forced to negotiate with Moscow if not for the scores of billions in weapons and financing from the West, but instead, these politicians continue making claims that they will reclaim every inch of land in the claws of Russia. Satellite countries like Lithuania and Latvia, who benefit from NATO's Article 5, don't even mention peace.

Kaja Kallas, the Prime Minister from Estonia, said Monday that calls for a ceasefire in Ukraine were premature. She pointed to Russia's annexation of Crimea in 2014 and its military action in Georgia in 2008 as evidence that it will continue its land grab.

“We cannot make that mistake again. We have to be prepared for a long war,” she said, according to the FT.

She said she is "very worried about premature calls for a ceasefire because peace doesn't mean an end to [Russian] atrocities in occupied territory."

That's tough talk from a leader whose military ranks 108 out of 142 in world military ranking, according to the 2022 Global Firepower Review. (The U.S. is ranked first and Russia second.)

The Biden administration has failed at every turn when it comes to Ukraine, from refusing to negotiate in earnest before the conflict to its blind support of Ukrainian President Volodymyr Zelensky.

The New York Times reported last week that officials inside the Pentagon are voicing concerns that they do not have a clear picture about Ukraine's military effort and they actually know more about Russia's failures than Ukraine's.

Beth Sanner, a former senior intelligence official, told the paper: “How much do we really know about how Ukraine is doing?”