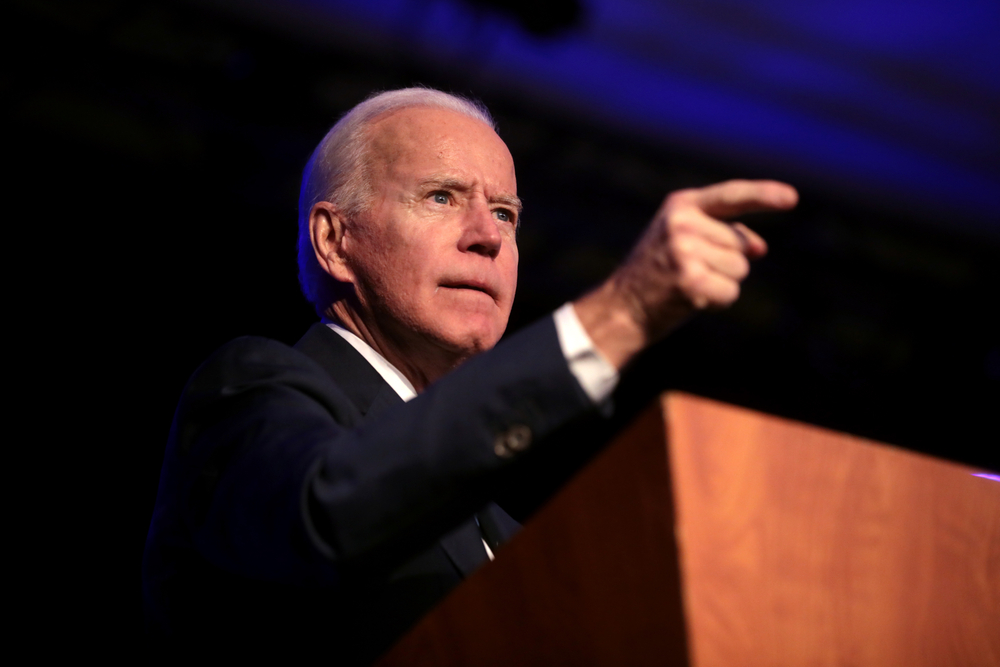 Last Thursday, Joseph Robinette Biden, Jr., the 46th president of the United States, declared the COVID War was "a pandemic of the unvaccinated," and his patience was "wearing thin" with those who remained unvaccinated.

Biden, who has barely worked a day in his life and been sucking off the public tit since he was elected to the U.S. Senate in 1972, said the unvaccinated "refusal has cost all of us," and that he was issuing mandates for the American population to follow and obey.

Those new rules include not only mandating vaccinations for the entire federal workforce, including federal contractors, but also requiring all businesses with 100 or more employees to demand their employees submit to either vaccination or weekly testing.

No Jab, You Pay

Those businesses that fail to comply will face fines amounting to up to $14,000 per employee, and the president also threatened to block such companies from doing business with the federal government, so it would seem that businesses have no choice but to make vaccination or testing a condition of employment, just as employees have no choice but submit or become unemployed.

On 10 September CNS News reported that this past April, Speaker of the House Nancy Pelosi was asked about mandatory vax and responded that "We cannot require someone to be vaccinated. That's just not what we can do."

Elaborating on the issue she said,

“We can't require vaccinations for the Members [of Congress], much less for the American people...What's more, the government cannot even keep track of who is and isn't vaccinated...It's a matter of privacy to know who is or isn't."

TRENDPOST: Indeed, Ms. Pelosi was half correct in her statement that “We can't require vaccinations for the Members [of Congress], much less for the American people.”

In issuing his two executive orders that require the plantation workers of Salvelandia to get the gene therapy jabs, Biden’s mandates don’t apply to the high and mighty low-life members of Congress, those who work for them...or those working in the federal court system.