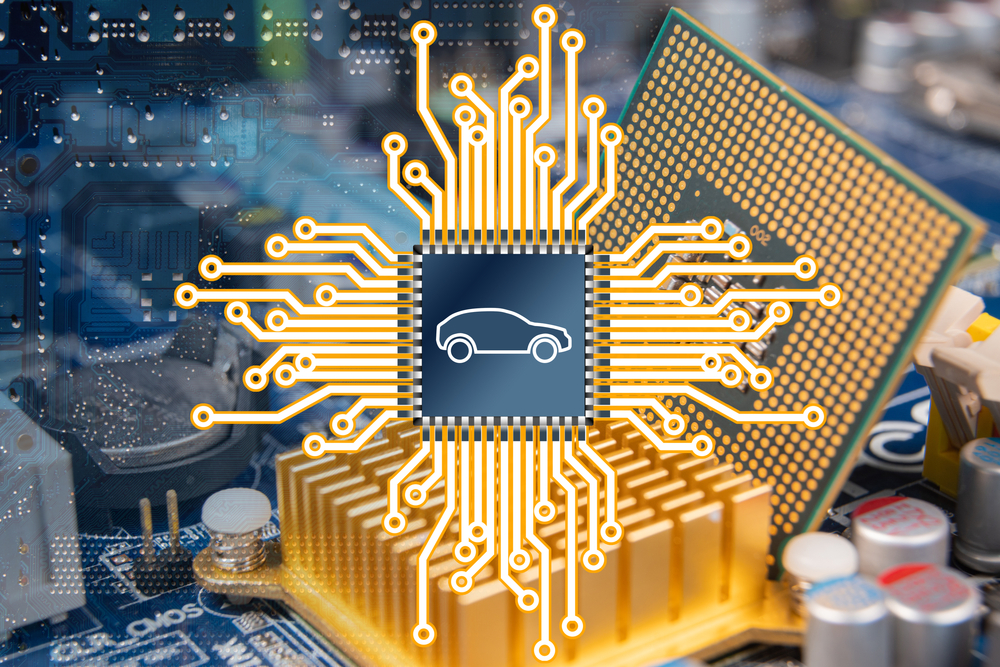 The shortage contributed to the company’s first-half sales falling about 10 percent below forecasts made by economists Bloomberg had surveyed, and missing the analysts’ profit target by a third.

“I can’t tell you when” the shortage will end, he added, but said Geely will fare better than many competitors because it has been hoarding chips since September.

The chip scarcity is a major factor in China’s auto industry’s June sales slipping 12.4 percent below those a year earlier, the FT reported.

Chinese vehicle makers sold 12.8 million units during the first half of this year, 25.6 percent better than in 2020 but still below 2019’s volume.

Already, Japan’s Toyota Motor Corp. has announced that it will produce 140,000 fewer cars and trucks next month, a 40-percent production cut due to a lack of chips.

North American production cuts in September will mean a reduction of at least 60,000 and possibly as many as 90,000 fewer vehicles, the company said, although it does not intend to lay off workers, it added.

The cuts also will affect 14 plants in Japan and factories in Europe, China, and elsewhere.

“While the situation remains fluid and complex, our manufacturing and supply chain teams have worked diligently to develop countermeasures to minimize the impact on production” of the chip shortage, the company said in a statement announcing the slowdown.

This week, Ford will shut down a plant near Kansas City that makes its iconic F-150 pickup truck, due to a shortage of various components; a Dearborn, Mich. Plant will continue to turn out the trucks.

General Motors paused most North American truck production for short periods this month at various U.S. plants and will shut down a Lansing, Mich., factory for two weeks, the company has announced.

A GM plant in Spring Hill, Tenn., closed this week and will remain so until at least 6 September, the automaker said.

The company is closing a plant in Mexico and another in Canada for two weeks and has halted production of all Chevrolet Bolt electric vehicles, the New York Times reported.

TREND FORECAST: With long term economic decline on the horizon, more people will be less able to afford an automobile. Thus, we forecast an OnTrendpreneur® opportunity to manufacture less high-tech, chip dependent trucks/autos that will cost less to buy, and much less to repair.

TRENDPOST: As we have noted previously (“More Chip Shortages, Higher Inflation,”  Trends Journal, 27 April 2021), the chip shortage will take a long time to correct. The lack of chips not only will reduce the auto industry’s output but also that of a range of consumer items, fueling inflation as demand for electronics continues to exceed supply during the world’s struggle back toward economic normalcy.