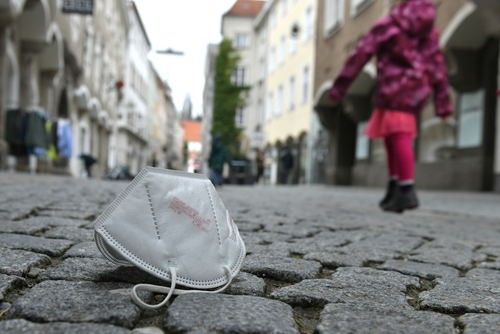 The Austrian government on Wednesday said its November mandate to lock down unvaccinated residents will end a day before the countrywide vaccine mandate takes effect, citing the relatively low numbers of patients in ICUs across the country.

The rules that are in place that bar unvaccinated individuals from restaurants will also begin to be phased out, along with the need to show proof of vaccination or recovery to enter shops, Global News reported.

“Despite relaxations, caution is still required: I appeal to all 1.5 million unvaccinated to get vaccinated and not wait for mandatory vaccination to take effect,” Karl Nehammer, the chancellor, said, according to the Associated Press. He told reporters that he received a lot of complaints about the order but rationalized it by saying it was an unavoidable health policy.

Austria reported 34,748 new cases on Friday, according to Global News. The country’s 7-day rate of infections stood at 2,381 per 100,000 inhabitants, about 10 times as high as the rate at the start of January.

The country of 8.9 million has had 1.8 million cases and 14,077 deaths, according to Johns Hopkins University’s tracker.

The Trends Journal has reported extensively on vaccine mandates and how Vienna helped pave the way for other countries to mandate vaccinations. (See “AUSTRIA: IT’S THE LAW: NO JAB, NO FREEDOM,” “ANTI-LOCKDOWN FIGHTERS GRAB SEATS IN AUSTRIA’S REGIONAL PARLIAMENT, AS PREDICTED BY TRENDS JOURNAL” and “ITALY, NO COVID-19 JAB, NO JOB.”)

We’ve pointed out that the country’s vaccine mandate takes effect on 1 February. After the rule takes effect, individuals in violation will face a 600 euros fine. These individuals can face fines of up to 3,600 euros each year. About 75 percent of the population is considered fully vaccinated.

Tens of thousands have taken to the streets in the country to voice their opposition to the COVID-19 mandates.

TREND FORECAST: We maintain our forecast that the stricter the COVID War mandates that are imposed, the stronger and faster the formation of anti-vax, anti-establishment, anti-tax political movements. And when equity markets crash and the world sinks into deep economic decline, these movements will gain formidable strength.

But again, as socioeconomic conditions deteriorate and civil unrest and government protests escalate, as Gerald Celente notes, and as the cover of last week’s Trends Journal illustrates: “When all else fails, they take you to war.”