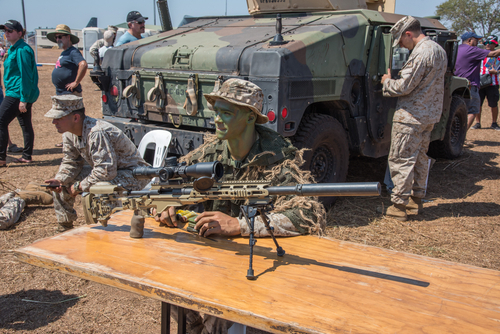 Australia announced last week that it will spend about 30 percent more on its military over the next two decades—its largest boost in spending since the Vietnam War.

The budget will allow the country to increase its uniformed personnel to 80,000 and help modernize its defensive response to threats in the region Russia and China. Canberra will use some of its new personnel to operate the nuclear-powered submarines it will receive under the AUKUS partnership.

Zhao Lijian, the Chinese foreign ministry spokesman, said at the time of the AUKUS deal that it could damage “regional peace” and intensify an arms race. He said Australia and the U.S. hurt their own interests.

TREND FORECAST: The AUKUS deal, which includes selling Australia at least 8 nuclear submarines, is about enriching the military-industrial complex, and will do nothing to threaten China’s military superiority.

Indeed, only the factual blind would believe the “Five Eyes” which include the U.S., New Zealand, Australia, Canada and the U.K.—with combined populations of 466 million—would pose a real threat to the heavily armed 1.4 billion Chinese nation.

The Times of London reported that military officers from countries like Japan and Taiwan are learning from the Russian invasion of Ukraine and learning how a militarily inferior country could stand up to a more powerful neighbor. In this case China.

But that is pure military officer bullshit. The Ukraine War is just three weeks old. America and its NATO allies lost their 20 year Afghan War, the Iraq and Libya wars, etc.

Australia’s announcement comes as European countries revealed an increase in military spending. German Chancellor Olaf Scholz led the way after declaring the country would increase its annual defense spending by 2 percent of its GDP, or about $113 billion to modernize its military.

We report in this issue how South Korea just elected a president who many believe will bring the country closer to Washington and strike a more belligerent tone with North Korea.

The bottom line, the larger the military budgets, the louder the war talk grows, the faster the world will head toward World War III.

Too Small to Fight?

Australia’s Prime Minister Scott Morrison said Canberra will spend about $28 billion through 2040 on the extra military personnel and has expressed concern in the past over the size of his military, The Wall Street Journal reported.

Morrison reportedly irked Beijing when he called for an investigation into the origins of the coronavirus, and the paper said a strategic update from Canberra determined that the chance of a high-intensity military conflict was “less remote than in the past.”

Morrison said the investment is Canberra’s attempt to counter the “threats and the environment that we face as a country, as a liberal democracy in the Indo-Pacific.”

TREND FORECAST: The Ukraine War has prompted major countries to announce new military spending instead of taking a diplomatic approach to new threats.

Despite not having won a War since WWII and spending tens of trillions to kill many millions, the U.S. Congress alone passed an omnibus bill that earmarks $782 billion in military spending and $13.6 billion in emergency military and humanitarian aid to Ukraine.

Nobody is talking about peace. They only ramp up war talk, the war machine ... and wars.