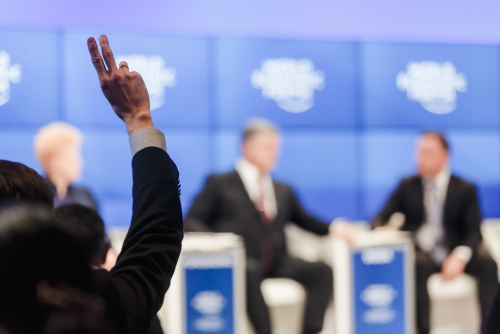 Leaders in the financial industry made their case for central bank digital currencies (CBDCs) at the World Economic Forum at Davos, Switzerland, last month.

“Bitcoin may be called a coin, but it’s not money,” Kristalina Georgieva, managing director of the International Monetary Fund, said, “It’s not a stable store of value.”

“Cryptocurrencies are not a reliable means of payment,” argued an official of France’s central bank.  “Someone must be responsible for the value, and it must be accepted universally as a means of exchange,” he said.

CBDCs patch those cracks in the digital financial ecosystem, they contended.

In contrast, cryptos are backed by nothing and their values leap or crash on the strength of something as flimsy as a tweet from Elon Musk.

Bitcoin, which has been hailed as safer and more stable than other cryptos, has yo-yo’d from $69,000 to barely a third of that amount in less than a year.

Not even so-called “stablecoins” are safe.

A stablecoin is a privately-issued crypto, the value of which is linked to a national currency or other relatively reliable asset.

However, the Luna token, which was tied to the U.S. dollar through the TerraUSD stablecoin, wiped out $40 billion of holders’ value when it crashed recently to a price near zero.

Still, not even a U.S. Federal Reserve CBDC would have held value in recent months, BlacklistedNews pointed out, as the dollar steadily lost purchasing power against ever-rising prices.

“Neither central bankers nor the issuers of various unbacked digital coins that gyrate wildly are serious about establishing sound money,” BlacklistedNews pointed out.

“If they were, they would tie their currencies to something with tangible value that cannot be destroyed – like gold,” which “does fluctuate in terms of fiat currencies and other assets, [but] over time it retains its purchasing power.”