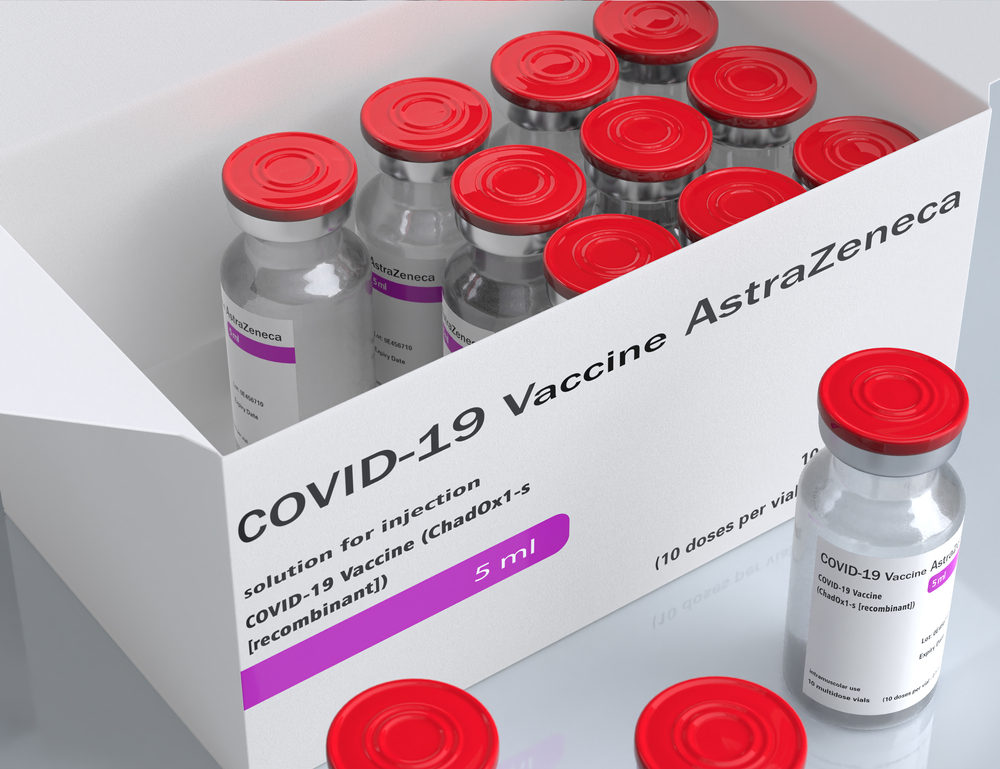 Research released Wednesday showed a slight increase in bleeding incidents and other rare blood disorders after receiving the AstraZeneca COVID-19 vaccines, according to reports.

The New York Times reported that the study focused on about 2.5 million adults in Scotland who received at least one injection of the drug. The report pointed out that the drug has not been authorized for use in the U.S.

The paper said that the rare cases of bleeding have mainly occurred in younger adults and have even led to fatalities. The study showed that the risk of these rare blood disorders occurred in about 1.13 individuals per 100,000 of those who receive the first dose.

One of the bleeding disorders is immune thrombocytopenic purpura, which is a condition where the immune system destroys an individual’s platelets, which help the body prevent bleeding.

Death is considered very rare. Researchers said there was not enough data to try and link the vaccine to the rare blood clot in the brain called cerebral venous sinus thrombosis. The paper said fears over the blood clot led some countries to ban the AstraZeneca jab.

The report said that researchers recommended getting “alternative vaccines for individuals at low COVID-19 risk.”

“The reported combination of blood clots and low blood platelets is very rare, and the overall benefits of the vaccine in preventing COVID-19 outweigh the risks of side effects,” the EMA said.

The University of Minnesota’s Center for Infectious Disease Research and Policy pointed to two studies that one patient in Germany suffered a fatal intracranial hemorrhage after receiving the AstraZeneca jab. Another study showed rare blood clots in five healthcare workers in Norway and aged between 32 and 54.

"Because the five cases occurred in a population of more than 130,000 vaccinated persons, we propose that they represent a rare vaccine-related variant of spontaneous heparin-induced thrombocytopenia that we refer to as vaccine-induced immune thrombotic thrombocytopenia," the authors wrote. "Although rare, VITT is a new phenomenon with devastating effects for otherwise healthy young adults and requires a thorough risk–benefit analysis."

TRENDPOST: As we have reported, the “Operation Warped Speed” vaccine has been rushed to market with no data to assess long term negative effects. Furthermore, while the vaccines are being injected into the masses, it is an Emergency Use Authorization jab which has yet to have been approved by the U.S. Food and Drug Administration.

And, we have reported extensively on the negative effects associated with the AstraZeneca vaccine in previous Trends Journal, and how the shots were banned in many nations, but that is no longer being discussed in the mainstream media.

For example, we wrote that on 4 December 2020, the Healthline website published the article, “What to Know About the AstraZeneca Vaccine Controversy.” This included:

“AstraZeneca announced that its vaccine is 70 percent effective, but a major dosing error during the trials may have affected the overall efficacy.

Some clinical trial participants were mistakenly given half a dose rather than a full dose in their first round of shots.

Researchers discovered that those who were given the weaker dosage produced a better immune response.”

And we had forecast that regardless of the efficacy or danger of the jabs, there would be a big vaccination push since Wall Street and politicians kept declaring that the economic recovery would be based on mass COVID vaccination of the population. Indeed, the word on The Street was that the slower the vaccine rate, the longer lockdowns would persist and the further economies will fall.