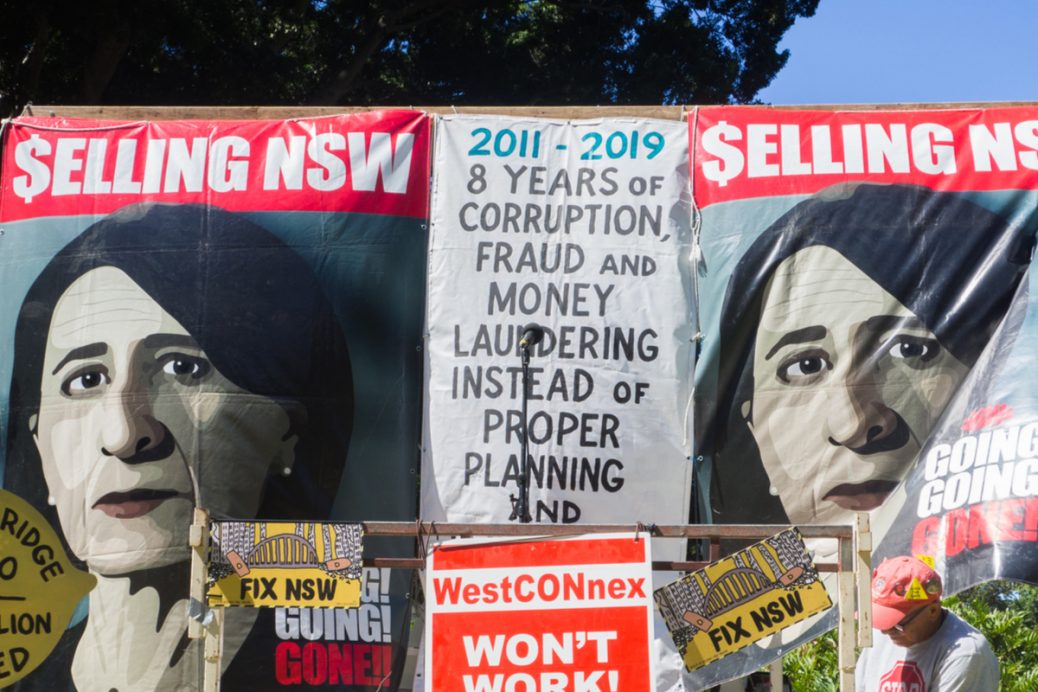 A remark oft-credited to Mark Twain, but which might have originated with Clarence Darrow, goes something like, "I've never wished anyone dead, but there have been obituaries I have read with great relish."

This story isn't about someone dying, but it's still a source of great relish and schadenfreude to learn, 1 October, of the resignation that day of the premier (since 2017) of New South Wales, Australia, Gladys “BinJerkenoff” Berejiklian.

However, in the New World Disorder, it wasn't her arrogant, dictatorial ways and utter contempt for personal freedom that caused her downfall. Rather, it was the result of an investigation by the NSW Independent Commission Against Corruption, which had already uncovered that Berejiklian had been in a secret five year sexual relationship with a married state legislator who was at the center of the corruption probe.

She resigned upon the ICAC's announcement that its scrutiny had widened to include her conduct between 2012 and 2018, during which time she is alleged to have breached public trust in her handling of grant funding to community organizations, and by encouraging or failing to report the corrupt behavior by NSW Member of Parliament Daryl Maguire who she was fu*king.

Maguire had already told investigators that he had accepted envelopes of cash from Chinese nationals for fraudulently-acquired visas and other unethical schemes.

She's not the first NSW premier to resign because of an ICAC inquiry; in 2014 Barry O'Farrell stepped down after neglecting to tell investigators he had accepted a gift of a $3000 bottle of wine.

We have also referenced Ms. Berejiklian in Trends Journal since the advent of the COVID War, as the poster-girl for (and one of the architects of) the heavy-handed, draconian, oppressive, repressive, harsh, punitive and tyrannical policies imposed on the people of NSW (and Australia in general) in overreaction to COVID-19; see, for example: