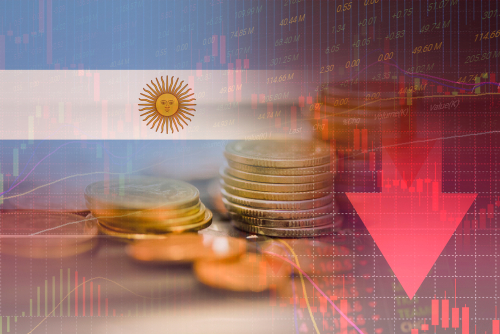 Argentina’s central bank has raised its key 28-day “Leliq” rate for the third time this year, this time by 2 percentage points to 44.5 percent.

In February, the country’s inflation rate added another 4.7 percentage points from January, the fastest month-to-month clip in almost a year.

The government agreed to raise interest rates above Argentina’s 52-percent annual inflation pace as part of its recent negotiations with the International Monetary Fund to secure a loan.

After not raising rates for a year as inflation galloped ahead, as part of its deal with the IMF the central bank also has agreed to print less money to fund the government’s social spending.

TRENDPOST: Based on the IMF’s dictum that interest rates, factoring in compound interest, should exceed inflation, the U.S. Federal Reserve should have raised its key rate to around 9 percent now that February’s inflation pace reached 7.9 percent, a 40-year record.

And, totally out of the mainstream news is the big lie that the Fed, as well as the European Central Bank would raise interest rates when inflation passed their, made-up 2 percent inflation rate.