ARE HUMANS ALREADY BEING GENETICALLY LEGISLATED? 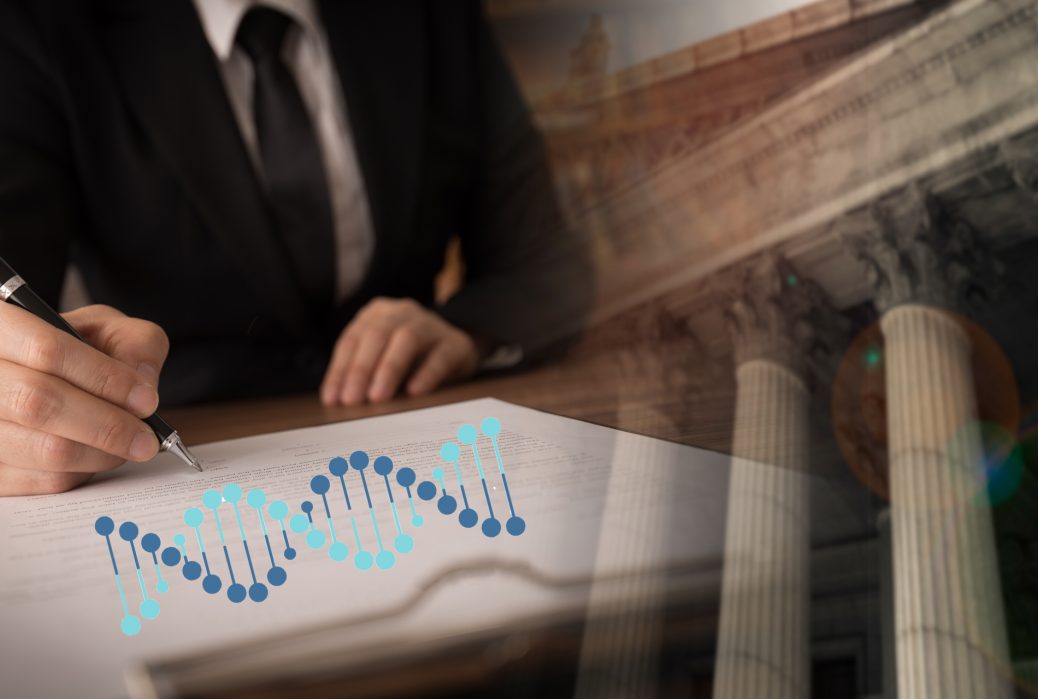 One day soon, humans may not be able to violate laws. Because the laws will be written in their genes.

There are no definitions yet in dictionaries or references on the internet for the terms “genetically legislated” and “genetic legislation” as coined and meant in this article. The following conveys the gist:

The idea of mandating alterations to the natural human genome might still seem unthinkable to some. But the coercive actions of governments and authoritative bodies around the globe to induce populations to take the COVID vaccines, has edged the world closer to that future.

What sorts of things might be accomplished via genetic legislation? Practically anything conceived by technocratic elites as an human “ill” that can be remedied via a modification. The possibilities are as endless as the perceived infractions of our natural human attributes.

Genetic alterations might soon do any of the following and more:

In the wake of the warpspeed rollout of mRNA and DNA COVID technologies, companies are clearly looking to profit off “improving” the human genome.

Due to the nature of genetics and gene expression, permanent modifications of genetics, called “Heritable Genome Editing”, is currently only possible at the embryonic stage, before cell replication and maturation. So the likely battleground of gene alteration - and genetic legislation - will be with embryonic human cells. And on that front, there have been several concerning recent developments.

In late May, the International Society for Stem Cell Research (ISSCR), which previously endorsed a “14-day rule” limiting the time when human embryonic stem cell lines could be derived or experimented on, relaxed that standard. The ISSCR, which represents stem cell researchers, now says studies and use cases calling for growing fertilized human embryos beyond a 14-day limit should be considered on a “case-by-case” basis.

There’s also news that scientists at Oregon Health & Science University, and Columbia University in New York have each recently applied for patents on methods of editing human embryos. The scientists heading the efforts, Shoukhrat Mitalipov at OHSI and Dietrich Egli at Columbia, are both widely known in their field, and have been published in established scientific journals.

For now, heritable genome editing is banned in 70 countries. But that isn’t stopping research or plans to capitalize on discoveries and applications of the controversial technologies.

The current efforts are targeted at addressing genetic conditions which lead to serious human maladies. The proposed OHSI patent involves use of CRISPER-Cas9 gene editing technology to correct “a mutant allele of a gene of interest in a primate cell. … The primate cell can be a one-cell embryo and/or a human cell.”

That application, initially filed with the World Intellectual Property Organization (WIPO), later entered the U.S. patent system, and was published there on 6 May, 2021.

Toward A Brave New Governance

Several recent works have detailed the history, motivations and implications of human genome editing. One is The Mutant Project: Inside the Global Race to Genetically Modify Humans, by Eben Kirksey (published by St. Martin's Press, 2020). Another is CRISPR People: The Science and Ethics of Editing Humans, by Henry T. Greely.

Those works provide insight into some of the recent history of bleeding edge human genome experimentation, much of it occurring in China. Both books detail the work of Dr. He Jiankui, a scientist based in Shenzhen who used CRISPR technology to create the first genetically modified babies in 2018. A Chinese court later sentenced Dr. He to three years in prison for illegal medical practice.

But boundaries have been crossed and are being crossed in other ways. The aggressive push of vaccines that induce gene-level alterations, the use of embryonic stem cell lines, gain-of-function experiments with viruses, related chimeric research (combining attributes of two or more different organisms) and GMO foods are all pathways down the same road.

Governments and organizations, including the World Health Organization (WHO), continue to face a quickening of technological ability creating pressures to open the door to genome editing. An advisory committee set up in 2018 to examine the issues involved, is reportedly close to publishing a report.

Many believe that while the WHO won’t give anything like a full endorsement of human genome editing, they might propose some regulatory system to approve specific projects.

Given the enormous temptations, not only of power and wealth, but the siren song of utopia, the temptation to design “better” humans seems destined to be pursued. Genetic maladies will likely be the sphere where it continues to make its advances, and gains in acceptance.

If and when it meets success in treating those conditions, the scope and uses may broaden. Climate change, overpopulation, or perhaps an unleashed bioweapon that might be countered with a genetic modification, might all serve as reasons to genetically legislate wider human genome changes.

The end point, who benefits, and who loses along the way, might appear to be open to speculation. But it’s already written in human nature.

(info at geneticsandsociety.org contributed to this report).