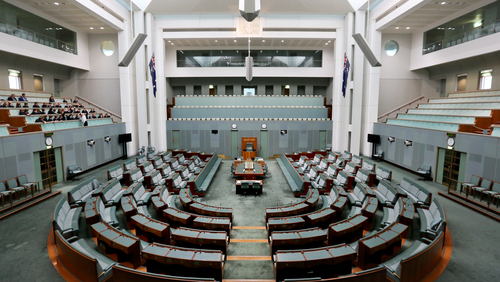 A new political party elbowed its way onto the scene in Austria last week that seems to encapsulate frustration with COVID-19 lockdowns after it blew past expectations and secured seats in one of the country’s nine provincial parliaments last Sunday after securing 6.4 percent of the vote.

The party, called People Freedom Fundamental Rights (MFG), ran in opposition to lockdowns, mask mandates, and other COVID-19 orders, according to Reuters. The report said the party far exceeded expectations and “stunned many observers.”

“The underlying trend is an anti-establishment message about personal rights, freedom and anger at an elite from a group who feel excluded,” Thomas Hofer, a political consultant, told the Financial Times. He called the party’s performance a “regional phenomenon.”

Joachim Aigner, MFG’s leading candidate, told the FT that his party's success was due to it being comprised of "ordinary citizens, from [real] society…we know exactly what the concerns and problems of people are.”

MFG was formed in February 2021 in response to what supporters saw as an unjust COVID-19 crackdown by the government. News.com.au, citing a poll, said half of the non-vaccinated voters supported the far-right FPO party, and 25 percent of that number supported MFG.

MFG has been opposed to the country’s new push to require proof of vaccination in order to enter certain venues. The party has insisted that it is not anti-vaccine.

We reported in an 17 November 2020 article titled “MORE LOCKDOWNS, MORE PROTESTS” that Austria’s Chancellor Sebastian Kurz, a conservative, called for a 24/7 curfew at the time, which was one of the strictest in Europe.

“Every social contact is one too many,” Kurz said at the time.

TREND FORECAST: The Trends Journal has been reporting on anti-lockdown protests in major cities around the world.

We have noted that the “Greatest Depression” has been accelerated by knee-jerk reactions from politicians to grab for more to fight the COVID War. As we have forecast, new anti-tax, anti-vax, anti-lockdown, anti-establishment political parties and social movements will accelerate. (See “EUROPE: MORE LOCKDOWNS, PROTESTS, ECONOMIC HARDSHIP,” “LOCKDOWN PROTESTS RAGING. NEW LOCKDOWN ORDERS” and “EUROPEAN BUSINESSES BRISTLE AT NEW LOCKDOWNS.”)