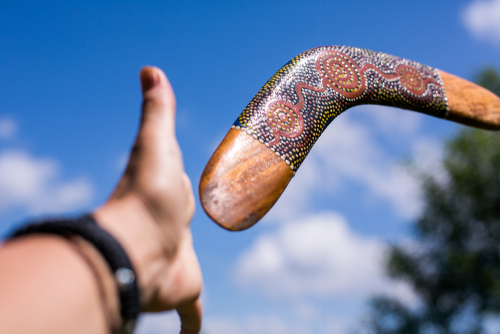 Dr. Vivek Murthy, the U.S. surgeon general who has been a vocal proponent of COVID-19 booster shots, announced that he and his immediate family came down with the virus and are experiencing minor symptoms.

Murthy announced on Twitter Friday that he had muscle aches and a sore throat. He said his wife had a headache and was unusually tired. He said his two young children were improving.

“When you've been as safe as you can, getting COVID-19 can be frustrating and disappointing,” he wrote on Twitter. “I’ve felt that. It can also be a source of shame. Many people assume you must have been careless to get sick. Our safety measures reduce risk, but they can't eliminate risk. Nothing can.”

Murthy joins the long list of notable people who came down with the virus despite being fully vaxxed, and in most cases boosted. Prince Charles tested positive last week and was spotted out for the first time with his sister Princess Anne on Friday at St. James Palace. Neither were wearing masks, according to photos from the event.

“If his 5-day quarantine is over, shouldn’t he remain masked to protect others?” one commenter posted.

Queen Elizabeth, the 95-year-old monarch, also tested positive for the virus, according to Buckingham Palace. She was experiencing mild, cold-like symptoms and expected to “continue light duties at Windsor over the coming week.”

There have been recent high-profile cases among comedians like Jimmy Fallon, James Corden, and Bob Saget. Saget was found dead in his hotel room last month and died as a result of head trauma. His friends said he had recovered from the virus.

Lloyd Austin, the fully vaccinated U.S. Defense Secretary who pushed for all troops to be vaccinated or resign, contracted the coronavirus. (See “FULLY-VAXXED, FULL OF COVID, FULL OF CRAP,” “CELEBRITY SELLOUTS SELL COVID VAX” and “GET VAXXED, GET THE VIRUS, GET SICK.”)

Also making the news is the Democrat media star, Congresswoman Alexandria Ocasio-Cortez who is also fully jabbed and boosted who got the virus as did Rep. Michael McCaul who also received the booster shot and came down with the infection.

TREND FORECAST: The COVID War has shown that there are only a handful of true celebrities who don’t need to worry about their future employment and do not suck up to their corporate bosses. But for the others, the embrace of Big Government policies could be as beneficial for their careers as securing a big-time agent.

That will not change any time soon. (See “‘FART OF OLD’ NEIL YOUNG SUCCEEDS IN GETTING ROGAN CENSORED.”)

As we have forecast, following the COVID War, there will be a Renaissance. Art will be among the most powerful mediums to spread the message of Liberty, Love, Joy, and Beauty in an era of complete corporate/government control of the mainstream media.

U.S. health regulators announced that they delayed the reviews of Pfizer's COVID-19 vaccine for children under 5 years old because the initial two-dose series have been essentially ineffective against the Omicron variant, The Wall Street Journal reported, citing people familiar with the matter.

The paper said there was such a low amount of infection—whether the children were vaccinated or unvaccinated—that the small number of cases "made the vaccine appear less effective in early statistical analysis.”

Nature magazine also reported that Omicron-specific jabs that are being developed have also shown little to no advantage over the third dose of current vaccines.

“What we’re seeing coming out of these preclinical studies in animal models is that a boost with a variant vaccine doesn’t really do any better than a boost with the current vaccine,” David Montefiori, director of the Laboratory for AIDS Vaccine Research and Development at Duke University Medical Center, told the magazine.

Pfizer and Moderna booster shots have protected recipients from the Omicron surge during the winter months, but the C.D.C. announced in a study published Friday that these mRNA vaccines lose a substantial amount of effectiveness after four months.

The researchers found that booster shots were 91 percent effective at preventing hospitalization against any variant for two months. After four months the number declined to 78 percent, the-scientist.com reported.

TRENDPOST: The Trends Journal has reported extensively on COVID-19 vaccines and the effort by governments and The Drug Lords, i.e. Big Pharma, to find as many arms as legally possible to take the jab. (See “BIDEN’S BOOSTER PLAN: VAX YOU!” “SELLING BOOSTER SHOTS, CDC’S WALENSKY SAYS ‘FU’ TO AGENCY ADVISERS” and “THE VAX/BOOSTER MARKET: DRUG DEALER ON PARADE.”)

And as we have continually reported, rather than taking precautions to protect those most vulnerable from catching the virus, such as the overweight and obese who account for 78 percent of the hospitalization according to the CDC, those with preexisting comorbidities and the elderly... governments have imposed their draconian mandates and must get vaxxed decrees on entire populations.

TRENDPOST: The number of COVID-19 infections among those who are fully vaccinated raised legal questions about the Biden administration’s effort to mandate these jabs. Luc Montagnier, the winner of the 2008 Nobel Prize in Physiology or Medicine for discovering the human immunodeficiency virus, and Jed Rubenfled, a constitutional scholar, wrote an op-ed in The Wall Street Journal questioning the merits of a mandate for a vaccine that does not seem to be effective.

“It would be irrational, legally indefensible and contrary to the public interest for the government to mandate vaccines absent any evidence that the vaccines are effective in stopping the spread of the pathogen they target. Yet that's exactly what's happening here,” they wrote.