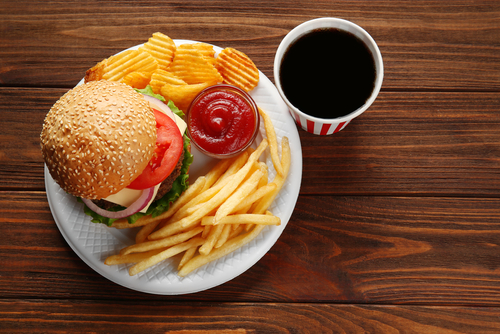 How low can you go when the American media floods the airwave of the “tragedy’ Russia will face because two symbols of America—junk food and dungarees, renamed “blue jeans” to sell to the public—McDonald's and Levi’s announced last week that they were suspending operations in Russia.

How sad this is, say the Presstitutes, since they are seen as symbolic of the West ending its close ties to Russia after the breakout of the Ukraine War.

“If the opening of McDonald's in 1990 symbolized the beginning of a new era in Soviet life, one with greater freedoms, then the company's current exit represents not just a closing down of a business, but of society as a whole,” Darra Goldstein, a historian, told CNN.

The first McDonald’s opened in Moscow 32 years ago and the line stretched hundreds of yards long, The Guardian reported.

The company announced that it would temporarily close 850 franchises in Russia. Other companies that pulled back from Russia are Nike, Ikea, Apple, Zara, Netflix, Visa, and Mastercard.

“There’s just this sickening feeling that they’re going to go back, not to the 1990s, but to the 1970s when you didn’t have access to these things, and when you were living isolated from the rest of the world,” Angela Stent, a Georgetown professor and former national intelligence officer for Russia on the National Intelligence Council, told The Guardian.

The Financial Times reported that the classic blue Levi’s jeans were once so coveted in Russia that stores found it challenging to keep samples on the floor because they were so often stolen.

Jeans were once tied to capitalism and were barred in East Germany, which was occupied at the time by the Soviet Union. The jeans became a symbol of freedom for ordinary Russians.

The report said the pants, called “dzhins,” were once sold on the black market in Russia and, by 1981, cost 200 roubles, which was about a month’s salary for a blue-collar worker.

The company announced last week that it will stop any new investment in Russia. CNBC reported that about 4 percent of the company’s 2021 net revenue originated in Eastern Europe.

"Given the enormous disruption occurring in the region, which makes normal business untenable, LS&Co. is temporarily suspending commercial operations in Russia, including any new investments," the company said.

Levi's and the Levi Strauss Foundation announced that it would donate more than $300,000 to nonprofit organizations helping Ukrainians displaced by Russia's invasion, NPR reported.

TREND FORECAST: The exit of many companies across the business spectrum will negatively impact Russia’s economy. However, to say it is a great loss for Russia to lose symbols of American culture such as its junk foods, junk soda and junk jeans—dungarees that were created for miners during the 1850s Gold Rush in America—signifies how low America has fallen in taste and quality.

Indeed, during the Great Depression, America led the world with the sounds of Big Band Swing and high styles of dress that accompanied it.

And now, as Russia sinks into economic decline, there is an opportunity to fill the junk brand exits by dressing up and eating up to higher levels to lift the nation’s spirits and desires.