AMERICA IS BEING ERADICATED 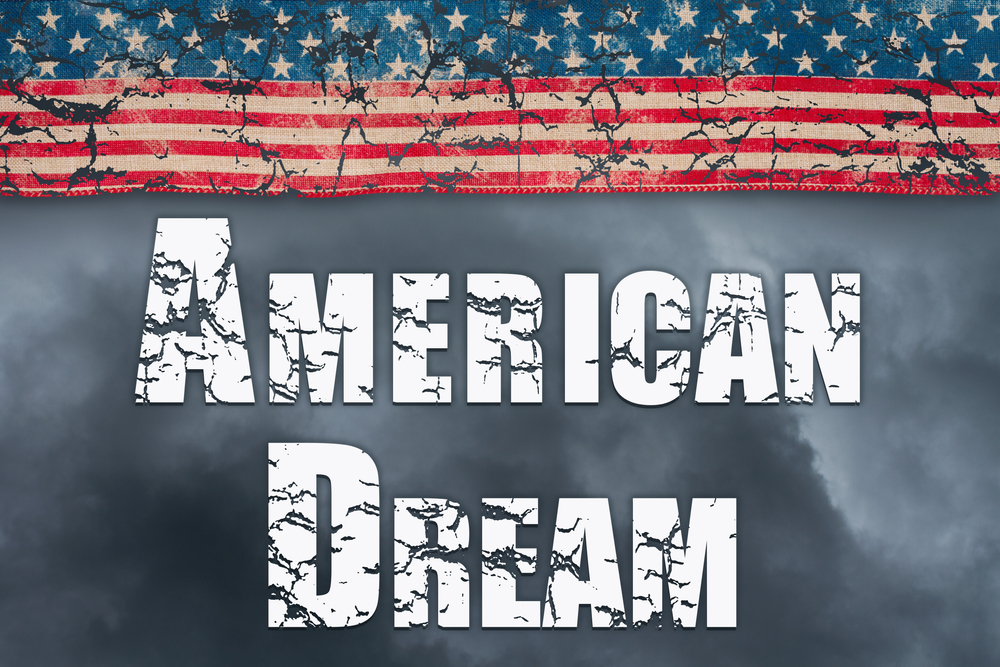 No sooner had I given up on the U.S. Congress when Georgia Republican

Congresswoman Marjorie Taylor Greene said that “Ukraine is the new Iraq wrapped up with a pretty little NATO bow, with a nuclear present inside.”

She said that instead of sending weapons and billions of dollars to Ukraine, the U.S. should pull out of NATO and avoid nuclear war by ceasing to provoke the Russians.

“Grinding up Ukraine to fight with Russia is disgusting, Russia could have been an ally,” she tweeted.

“Warmongers in Washington seeking war with Russia should suit up and go fight it” themselves, she suggested. “Send your kids and leave ours alone. Pay for it yourself.”

When an American hears such intelligent talk from inside the bought-and-paid-for-Congress, he has to cheer. His spirits pick up. He realizes that if there is one voice, there might be two, and that the possibility of America coming to its senses was not completely ruled out.

But reality crowds in. The Republicans are almost as determined to get rid of Marjorie Greene as the Democrats. Independent thinkers who represent the American people instead of the powerful economic interests who fund the political campaigns and the neoconservative ideologues who rule Washington are a non-welcomed species in Washington.

Greene has survived, so far, which shows a budding awareness of reality among the American people. The  American political system cannot tolerate people like Greene and aware, sentient Americans, so the public’s interest remains under threat.

That this is a fact is obvious from the way the Republicans and Democrats are trying to frame the coming campaign over which party gets to be the whore for the ruling interests for the next presidential term.

The Democrats are frantic and hysterical. OMG! (Oh, My God) is their opening phrase, Roe vs Wade, the sacred ruling that let us kill babies in the womb, has been overturned!!!

OMG! Parents won’t even let public schools convince the kids to be transgendered!

If we don’t DO SOMETHING, the Trump Deplorables will return and stop our destruction of America! OMG! Traditional morality will be taught, sexual perversion as a legitimate choice will be out! Liberal progressivism will be stopped! The Trump Deplorables will take away the legal privileges we Democrats have conferred on blacks and sexual perverts! White people will be able to defend themselves, and OMG they will be able to use gender pronouns and own guns!!! This would mean the end of the world!!!

This captures the essence of the Democrat political propaganda that I daily receive in emails urging me to DO SOMETHING by sending Democrats money.

The only thing better about the Republican political propaganda is that it is not anti-white. Otherwise, it is just as stupid as the Democrats’ propaganda, only in different directions.

The Republicans, of course, open, as they have since time immemorial, with “Do you support Republican efforts to cut spending, balance the budget, reduce the national debt, and fight inflation?” As this program has a record of total failure, why do the Republicans remind voters of their inability to control government?

After this downhill start, the Republican “surveys” speed up toward collapse in service to Israel and enmity toward China.

“Do you support efforts to stop the Biden administration from removing the U.S. Embassy in Israel from Jerusalem?” In other words, don’t you want Trump back so his Jewish son-in-law can make more millions by having his father-in-law break more international conventions in the interest of Israel? And if Republicans are really this stupid to believe that Biden would antagonize the Jews, the Republicans need an IQ boost.

Another Republican survey question is are you in favor of the Democrats’ effort to ban airline travel, forbid air conditioning, and force people to walk to work? This is the Republican description of “green energy,” but it will strike most as off the wall.

The Republicans never fail to damn themselves by being against health care for all. “Medicare for all,” aka national health insurance, which every Western country except the U.S. has, is “socialized medicine.” What the U.S. has is Big Pharma medicine. The medical system is run for the sake of Big Pharma profits.

Private medicine hardly exists in the U.S.. The doctors have been forced by Big Pharma, insurance companies, and incorporated “health care organizations” into employees who no longer have the authority to violate “protocols” and have to treat patients not according to the doctors’ judgment but according to the profits of Big Pharma.

Having shot themselves in the head a number of times, the Republicans can’t resist yet another shot at themselves—China. Republicans have done the most to keep Americans from understanding that the reason China is towering over us economically is that Wall Street forced, under threat of takeovers, U.S. corporations to relocate their production for U.S. markets in China and other parts of Asia, where labor costs were far less than in the U.S., thus significantly raising the profits of offshored U.S. corporations.

This relocation devastated the finances of U.S. cities and states, formerly manufacturing powerhouses, and enabled China to surprise the dumbshit American “foreign policy community,” by surpassing us in 5 years instead of the expected 50 years.

Trump and the Republicans want to blame China for Wall Street forcing U.S. corporations to relocate their production for U.S. markets in Asia where labor costs were lower.

This means either that Trump and Republicans are stupid, or that they do not dare criticize those on Wall Street who forced American investment offshore. Take your pick.

The only question decided in American elections is which political party gets to provide whore services to its masters. Money is the reason it pays to be in office.

In America who is in office? The military/security complex, Big Pharma, which owns the FDA, NIH, CDC, and Congress. Digital tech, which builds the police state for the ruling elites. Agri-business, oil, mining, timber, and real estate interests at the state and local levels. Those who rule are those who provide the campaign contributions that put people into office. Voters serve only to provide the appearance of “democratic rule.” In actual fact, voters’ interests, if ever served, are at the bottom of the barrel.

So, what will the next election really be about? It won’t be about any of the propaganda of either political party. There are only two issues before Americans, and neither will be addressed.

One is whether “our”—what a joke—government will, under neoconservative leadership, succeed in provoking nuclear war with Russia.  China is in that picture as well.

The other is whether the demonization of white Americans, especially heterosexual white males, which is the main goal of the Democratic Party as per the New York Times’ 1619 Project that declares the basis of America to be white racism, will continue. If this campaign against white people continues, especially if Democrats retain political offices, white Americans will be in the identical position as Jews are said to have been in Nazi Germany.

The sordid Democrats are running, and have been, on a campaign against Thomas Jefferson, George Washington, and the rest of our founding fathers, dismissed by the New York Times as racists who built a country on white racism. This lie is institutionalized in U.S. universities and in public schools in Democratic districts.

Thus, as stupid as the Republicans are, war with China, which we would immediately lose, is preferable to the civil war that the Democrats are promoting. Imagine trying to put on trial an American president elected by the American people for trying to overthrow the U.S. government. Only deranged Democrats who believe that there are 150 different genders can orchestrate such a stupidity.

The loss of the youth is the way countries decline and are lost. To the young, free speech is presented as white racism. The young don’t know privacy. They are accustomed to exposing themselves and their activities on social media. Free speech is offensive. It offends blacks, sexual perverts, transgendered, feminists. A new aristocracy is rising. It consists of those protected against feeling offended.  The offenders are white heterosexual males, and the narrative is that these offenders are being justly suppressed.

We are left with the question. Who rises to fight for Sodom and Gomorrah? Will it be the demonized and persecuted white heterosexual males who are forced to take “sensitivity training” and subordinate themselves to women, preferred races and sexual perverts?

Don’t count on it. The U.S. military’s ability to recruit has collapsed.